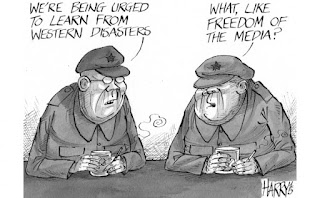 China bashers in Washington are "baying for blood" regarding China's behaviour in the South China Sea. Although it may be tempting for the US to respond aggressively, the negative consequences of doing so may well outweigh the positives.


Specifically, some US officials and many politicians and analysts say America should stand up to China on its "reclamation" (some call it island building), militarisation and imposition of navigational restrictions around features there. In response to the growing chorus of calls for action, US Secretary of State John Kerry told an Asean-hosted meeting of the region's foreign ministers, including Wang Yi that, "The United States will not accept restrictions on freedom of navigation and overflight, or other lawful uses of the sea."


Going further, US Defence Secretary Ashton Carter ordered the US military to develop options for assertive freedom of navigation operations with regard to the features China has "reclaimed". In such operations, US military assets would penetrate China's supposed 12-nautical-mile territorial seas and airspace around and over the features. Penetration of the airspace would be a direct challenge to China's claim of sovereignty. Sending a warship within the limit would violate China's legal regime requiring prior notification and permission.


This US gambit could result in serious international conflict, threatening regional peace 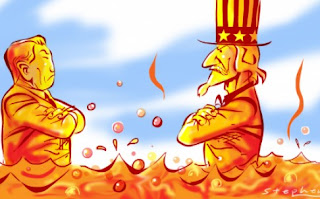 It must be very tempting for the US navy to do this. Washington has already sent surveillance flights and a top-of-the-line littoral combat ship close to the features - and publicised that it did so. This must have embarrassed China's military and political leadership.


But Beijing dug in its heels. Indeed, these forays did little or nothing to dissuade China from its construction activities on the features. However, it did announce that it has ceased - perhaps completed for now - its "reclamation" programme. Nevertheless, many US and foreign critics want more, and more aggressive, challenges. This is not a good idea.


First, it is not clear that China does or will claim maritime zones from submerged features it has "reclaimed". Moreover, the much publicised "warnings" to a US Poseidon P8A surveillance overflight - and to previous Philippine air force flights - may have been for them to avoid a "safety zone" of 500 metres allowed by the 1982 UN Convention on the Law of the Sea around artificial structures. Also, sailing a warship or flying a warplane into or over the territorial sea to demonstrate the right of free navigation could be construed as a threat to use force - a possible violation of the UN Charter and the Law of the Sea - and at the least not a positive example of peaceful resolution of disputes. The US seems divided as to what to do, and so far its military assets have stayed outside the 12-nautical-mile zone - much to the chagrin of anti-China activists.


But this is a minor squabble compared with the more fundamental strategic issues. The main purpose behind a public American challenge would be to dissuade China from restricting foreign military activities, and from "militarising" the features.


But doing so may well blow up in Washington's face. Beijing may not back off and instead confront the US with its own ships and aircraft. What if there is an accident or miscalculation? Perhaps US policymakers think this unlikely, and they may be right. But what if it did happen?


More worrying: what if Beijing thinks the US will not go to the mat over this issue and pushes back, hard? The US would suddenly be faced with a critical dilemma of its own making - either risk escalating a crisis or stand down. The latter would demonstrate weakness, damage its reputation and raise doubt over its commitment to its allies. The US may underestimate the zeal of China's leadership to maintain its legitimacy. China has publicly positioned its sovereignty and claims in the South China Sea as a matter of redemption for its "century of humiliation". Obviously, this will make it very difficult for the leadership to back down.


So this US gambit could result in serious international conflict, threatening regional peace. Is it worth the risk? Some Southeast Asian nations might not think so.


But if the US doesn't confront China militarily, what should it do? Whatever it does, it will not placate the bellicose anti-China crowd.


Basically the US needs to strike a "grand bargain" with China. It should use the opportunity of President Xi Jinping's visit to Washington next month to do so, or at least put the elements in place. Conceptually, the US has to accept and accommodate a major role for China in Asian security. In return, China has to do the same regarding a continuing US role and military presence in the region. In practical terms, the US should put less emphasis on the military dimension of its rebalance to Asia. As a corollary, the US could diminish or cease its provocative, close-in surveillance of China. These probes antagonise the PLA and are probably unnecessary. China would, in turn, not overtly "militarise" the features and more importantly not declare an air defence identification zone in the Spratlys. A modus operandi for air-to-air encounters would be agreed, resulting in a mutually respectful stand-off.


But the current US anti-China drum beating is unlikely to be muffled - especially during the presidential campaign - and China's leaders must understand this. Nor will Chinese nationalists fade away, and the US must understand that.


Advocates, analysts and decision-makers on both sides need to look beyond their narrow nationalist pride and predilections for confrontation and consider the implications of their actions for the region and its people. If they do not, Asia and Asians are in for a rather rough 21st century.