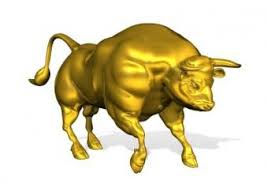 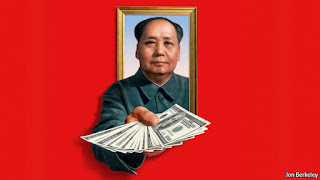 Potential disruption to the iron ore trade; the sudden exposure of the South African rand; the incompatibility of Xi Jinping’s anti-corruption drive with that Wild East entrepreneurial spirit which has powered decades of Chinese growth. Watching panic spread from Shanghai and Shenzhen to London and New York, western analysts grabbed for straws of understanding in unfamiliar fields, reflecting not only a professional need to look as if they know what’s going on, but a psychological yearning to impose order on a wild, mercurial swing in the mood. There may be no single reason why August 2015 proved the moment for the world’s investors to take collective fright about the People’s Republic. What there is however, lurking under all the anxiety, is a single question for governments everywhere. Namely, what’s left in the locker?


Hundreds of billions wiped off world’s financial markets today, as Chinese rout sends shares tumbling in Europe, Asia and the US


Like a swaggering pre-crash financier, Beijing had grown to resemble a Master of the Universe. What it said more or less went; even the great crisis of 2008 caused only modest and impermanent departure from the course that it had set. But in recent months, the regime has been having to do ever more to achieve ever less. After inflating an extraordinary stock bubble, by enticing people of modest means into the market, the Communist rulers became visibly terrified of a burst. Restrictions were imposed on shares being sold off, while public bodies were sent on a buying spree. Instead of soothing nerves, these measures only stirred new concerns about why they had been necessary at all. Beijing’s grip on events loosened again in the eyes of the world after it allowed the yuan to slide over the last fortnight. This might have been explained as a pragmatic adjustment to a slowdown at home after years in which a rising currency had eroded competitiveness overseas. Instead, there was spin suggesting that the move was all part of a well-laid plan, which succeeded only in alerting the world to the rate at which China had been burning through its vast reserves. That created such panic that further resources soon had to be spent on putting a floor under the slide.


Beijing is certainly not out of options nor treasure just yet, and yet the world is losing its blind faith in the assumption that China’s often-secretive political processes can in the end be relied on to steer the nation to ever-greater prosperity. The sheer scale of contemporary China’s output is the most obvious reason why panic is spreading west – the world’s second-largest economy can no longer be dismissed as a detail on the periphery – but size really shouldn’t be everything when it comes to financial contagion. Relatively few British or even American companies rely heavily on exports to China, because it sells so much more to the west than it buys. As for those plunging shares in Shanghai, strict capital rules, aimed at encouraging domestic ownership also have the effect of limiting western exposure. Exotic instruments may have allowed some hedge funds to get up to their necks, but regular banks should not be embroiled as they were in 2008. What knocked 5% off European stocks yesterday was not the same sort of direct institutional linkage that existed between sub-prime mortgages in mid-western cities and bank accounts around the world, but rather a more diffuse – but nonetheless powerful – fear factor. At a time when the west is fretting about its own ability to power rapid economic progress – with technologists warning that the most transformative advances are in the past, and macroeconomists dreaming up theories of “secular stagnation” – the world’s rising financial powers, of which China is by far the most important, have been a reliable glimmer of hope on the horizon. With that glimmer fading, the next slump suddenly feels that bit closer.


Monday was a rollercoaster on Wall Street which ended badly, and the next slump could continue to haunt the markets, not least because everyone knows that it may not be possible to deploy the arsenal used in 2008. Interest rates have nowhere to go but up, nor does the oil price. National debts are already swollen, and while the printing presses could be cranked up again, there are increasing doubts about whether this achieves more than flattering asset prices – and delaying the reckoning. There were promises aplenty in 2008 about rebuilding the economy on firmer foundation stones, freeing western prosperity from its unhappy dependence on the whims of finance. But it hasn’t happened. The result is that we’ll all be even more exposed than before, in the face of any new storm that blows in from the east.


The Guardian UK
Posted by Kerry B. Collison at 3:31 PM