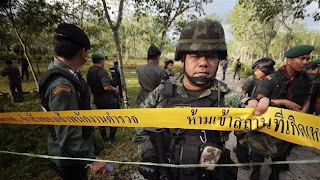 On 10 April, a car bomb exploded in the underground car park of a shopping mall on the southern resort island of Samui in Thailand. The incident saw 10 people injured and damage to several cars. Police have issued arrest warrants for at least six individuals.


How will this attack impact the stalled peace process in southern Thailand? 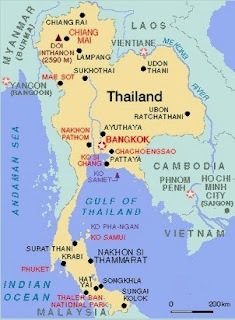 
The modus operandi of this attack is in line with similar attacks by southern separatists. According to the police investigation, the car used to make the bomb was stolen from Yala’s Yaha district. Yala, Pattani, Narathiwat and four predominantly-Muslim districts in Songkhla are hotbeds of violent conflict, which has claimed more than 6200 lives since 2004. This is not the first time that the southern separatists have planted a car bomb outside their traditional theatre of operation. The Thai authorities do not formally count the commercial district of Hat Yai in Songkhla as part of the conflict zone, but for several years the area has witnessed a number of major coordinated bombings.


Previous bombings linked to the southern militants have several similarities to what happened in Koh Samui. Since 2004, there have been 44 car bomb incidents in Thailand’s four southernmost provinces. The first car bomb attack outside the insurgents’ traditional area of operation took place on 22 December 2013. On that day, attacks involving motorcycle and car bombs hit Songkhla’s Sadao district, injuring 27 people. Shortly after, a second car bomb was found on the resort island of Phuket, but the police defused it in time. The incident in Koh Samui could be another attempt to sabotage an area of economic significance, which is known to be one of the militants’ strategies.


So how can this violence be stopped?


A peace process is the best means to bring about long-lasting and durable peace in southern Thailand. In February 2013, the then Yingluck Shinawatra government initiated the first formalised peace dialogue with the Barisan Revolusi Nasional (National Revolutionary Front in English, or BRN), facilitated by Kuala Lumpur. The talks stalled in the wake of growing anti-government protests in Bangkok before making much progress. In December 2013, the BRN remarked that any further dialogue could only occur after the Thai parliament endorsed its five demands and declared the process was a ‘national agenda’. It was an open secret that the military was not fully on board with the peace dialogue at that time.


The May 2014 military coup left the prospect of peace talks in limbo. Prime Minister Prayut Chan-o-cha’s announcement in December 2014 gives life to this process again. He stated during his official visit to Malaysia in December 2014 that his government was ready to resume the Kuala Lumpur-facilitated peace dialogue. But both the political context and the government negotiators have completely changed.


A major sticking point now is that the BRN leadership strongly insists that their five demands are accepted ‘in principle’ — including a call for Bangkok to recognise the ‘sovereign rights’ of Patani people over the Patani land, and a demand that the peace talks are formally recognised as a ‘national agenda’. While the BRN leadership’s current position is to shun the Kuala Lumpur-facilitated peace dialogue, there are some individuals inside the movement who want to give the military government a chance. These individuals have worked with other liberation groups — including all three factions of the Patani United Liberation Organisation (PULO), Islamic Liberation Front of Patani (BIPP) and Patani Islamic Mujahideen Movement (GMIP) — to form a loose umbrella group called Majlis Syura Patani (Patani Consultative Council, MARA). MARA seeks to represent the diverse interests of the militants in the dialogue.


While these organisations have limited, if any, military operations on the ground, they have been working actively on political campaigns, particularly in the international arena. At present, the BRN leadership does not endorse this initiative but, according to a source close to the BRN, it may do so if it proves to be successful. It is natural for any liberation movement to have hardliners and moderates. That is exactly why a peace process is needed to encourage all parties to find a common ground.


The protracted armed conflict in southern Thailand needs a political solution, not a military one. As the liberation movements are sceptical about the military government’s willingness to give concessions, some separatists prefer to see the dialogue resumed under a democratic atmosphere. Solving the southern conflict is therefore intertwined with the larger movement for democracy in Thailand. When Thailand is likely to have a democratically-elected government again, however, is anybody’s guess.


Rungrawee Chalermsripinyorat is a PhD candidate at the Australian National University. She formerly worked for the International Crisis Group.