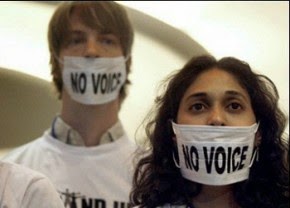 Why we should think carefully before criticizing Singapore’s stance on Amos Yee.


Lee Kuan Yew, the iconic founding father of Singapore died on March 23, 2015. Thousands lined the funeral procession to pay their respects to the man who had created one of the least corrupt, richest, and most technologically advanced nations in Asia and the world. For many across the world who saw the images on their screens, this was perhaps the first time they’d really been exposed to Singapore.


We struggle to comprehend what Lee Kuan Yew was to Singapore: He was neither a military leader in the vein of Bolivar or Washington, but instead emulated their impact on their respective societies in his incarnation as the ultimate technocrat. Lee had a vision for the island and an incredible successful one at that. Even after stepping down as leader he was a powerful and ever present force in Singaporean politics for much of the small city state’s existence. His son Lee Hsien Loong is after all the current prime minister, although it is a testament to Singapore that unlike other political family dynasties in Asia, the younger Lee earned his position on merit.


The death of Lee Kuan Yew, though obviously a major event, was not the only story to come out of Singapore that day. Many international new outlets also picked up the arrest of a 16-year-old boy named Amos Yee. 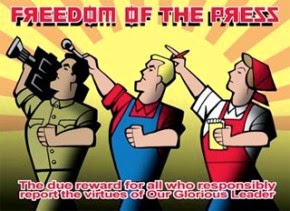 The passing of a former Southeast Asian leader would generally warrant only limited air time and newspaper space in most Western media outlets. Most of those of non-Singaporean or Asian heritage who took more than passing note of his death were likely members of a small educated elite. Far sexier than a story about a dead leader, is a story about free speech.


Amos Yee, banana eater, dissident, and public enemy number one, posted the now infamous video “Lee Kuan Yew Is Finally Dead!” Even in the West, the video would have drawn condemnation from many quarters. Margaret Thatcher’s death was widely satirized, drawing criticism from other segments of the U.K. population. But Thatcher isn’t a good analogy. Think instead of the death of a U.S. or French president – and an iconic one at that – and then imagine that someone had produced the same kind of video. Doubtless it would be condemned by some, praised by others.


One thing, though: The maker of the video would not have been arrested. In Singapore, Yee’s video broke the country’s zero tolerance policy on offending race and religion, while simultaneously mocking a man who occupies a very special place in the hearts of most Singaporeans. His video was graphic and subversive, but it also found allies among free speech advocates. “Free Amos” became a popular slogan and instead of backing down after his arrest, the youngster reposted the offensive material again after making bail. His indictment specifically was for his hate speech against Christians, although much of the public anger is directed at his sheer lack of sensitivity.


Who is Amos Yee? By all accounts he is a smart child who by his early teens was winning acting awards. Calling Yee a dissident goes too far; even calling him a free speech advocate might be a stretch. Given the nature of the material he released it can be assumed with some degree of certainty that this surely must have been a) planned, but without much aforethought and b) designed to comment on politics in Singapore. Yee probably didn’t think he’d be arrested and it is doubtful he meant for his political comments on Singapore to be a test of free speech laws in Singapore. Instead, he has conveniently grown into this role as free speech advocate. Still, the video is clearly a test of free speech.


Amos’ motivations are further questioned by the context in which he recently breached his bail terms. After repeatedly posting online, he even concocted a story in which his youth counselor had molested him, a claim he later retracted, admitting he was “trolling” the media, adding that “Vincent Law didn’t really molest me, haha. Though he is immensely creepy.” It’s worth mentioning Vincent Law helped his parents with his bail. This of course had serious personal and career implications for Law, who is threatening legal action.


It’s patronizing to paint Amos as a spoilt teenager who felt ignored by the world. But he was not trying to engage in a serious debate about free speech in Singapore. Although the timing of his comments and his lack of remorse sparked outrage, arresting a 16-year-old boy for a video he made in his bedroom was perhaps too reactionary and did not do Singapore any favors in the international press. A more understanding approach that recognized his youth may well have been more appropriate. This of course should not factor into any legal decision about the arrest but it should be a serious consideration in any extra-legal motivations.


So why did this episode matter?


Because free speech is one of the bedrock principles of liberal democracy. It goes to the heart of liberal values, political thought, and basic freedoms to which all are entitled. The great constitutional republics have it embedded within their national imagination and discourse. The first amendment in the Bill of Rights is freedom of expression; the French Constitution has the Declaration of the Rights of Man and the Citizen, which enshrines in its Article XI the freedom of communication of thoughts. Of course, these documents where written by idealistic individuals at a time of great physical repression.  In Asian democracy, meanwhile, free speech or lack thereof is a constant criticism, such that they are often categorized as “illiberal.”


Most people who live in some of form of democracy accept that freedom of speech is good thing. Beyond a personal desire for freedom, it is something we should protect and encourage because of its use as a check on tyranny. However, do we exercise freedom of speech on all issues at all times?


No, and especially so in democracies. There are a mountain of laws to do with state security to Incitement of religious hatred that prevents free speech. In the recent case of Snyder vs. Phelps, the U.S. Supreme Court found that it was lawful for member of the infamous Westborough Baptist Church to shout outrageous speech in public arenas. If they were shouting state secrets then that would be an entirely different matter.


Of course, this is widely accepted as part of a functioning modern state and part of a functioning modern democracy. Even the European Convention on Human Rights, which obliges all 47 members to respect Human Rights in Article 10 on expression, states that expression must be free but is subject to restrictions that are in accordance with the law and necessary in a democratic society.


Too often democratic leaders want to be seen as championing free speech, while failing to acknowledge that they govern by norms and laws that curtail freedom of speech.


More than that they fail to recognize how freedom of speech laws and liberal state secularism is being used as a method and shield for thinly veiled oppression and discrimination. State secularism is almost exclusively associated with the West, but it was and often still is the norm in many other countries, including Turkey and Egypt. In the latter state secularism is an oppressive force entrenched within the political military establishment that has resulted in the banning of civil society and political groups. France today is routinely criticized for instances of secular liberalism being used to disguise mass prejudice, such as girls being told to go home because of what they’re wearing or media outlets defending free speech by publishing controversial cartoon caricatures under the belief that doing so satirizes intolerance and even helps certain communities, while failing to acknowledge that their methods propagate mass offense and prejudice in a way that victimizes these communities.


Criticism leveled at Singapore from outside the country is therefore often hypocritical. Free speech is an ideal we should protect and aspire to, but the practical reality is that we live in a world where it does not exist in the idealistic sense. Indeed, Yee’s arrest may have been unwarranted and Singapore may have some way to go before it reaches Western standards of free speech, but the line between free speech and legal boundaries is an issue not exclusive to Singapore, it is one that every country is still discovering in public and private discourse.


Singaporean Prime Minister Lee Hsien Loong recently said at an event marking the 66th anniversary of the Inter-Religious Organisation that “One thoughtless comment can cause a mass reaction. But instead of a judicious response it may provoke a self-righteous mob reaction and a public lynching that is even worse than the original reaction.” In Singapore at least, there seems to be a practical understanding that thoughtless comments are unhelpful but at the same time vigilantism is just as bad if not worse. This mature understanding of the role that free speech plays in society displays a refreshing honesty about Singapore’s own shortcomings, and perhaps a willingness to start and engage in a new debate on the role of free speech in Singaporean society.


Nadeem Shad is a freelance journalist based in London.