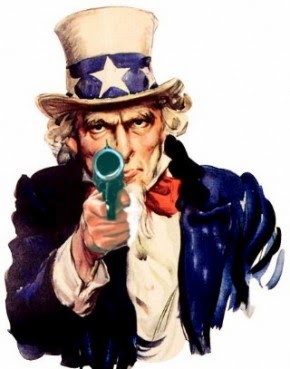 The provocative political scientist foresees tense relations between the U.S. and China.


In the new edition of his 2001 book, The Tragedy of Great Power Politics, John J. Mearsheimer lives up to his reputation as a provocative political scientist. In a substantial new chapter on China, Mearsheimer extends his previous argument that the United States and China are about to engage in a “security competition” that is likely to end in war. 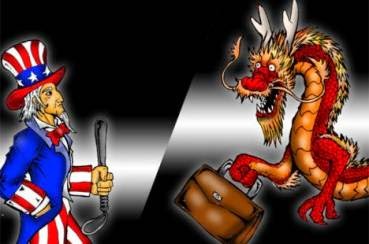 Mearsheimer believes that China’s “best way to survive under international anarchy” is to achieve regional hegemony in Asia “the way the United States dominates the Western hemisphere.” To accomplish this goal, China will first “seek to maximize the power gap with its neighbors, especially larger countries like India, Japan, and Russia” and thus gain military dominance in the region. Furthermore, Mearsheimer holds that China is likely to attempt to “push the United States out of the Asia-Pacific region,” in part by driving the U.S. Navy out of the ocean between China’s coast and  the first island chain. A major reason Mearsheimer makes this dire prediction is that he believes China’s hegemony over the region would offer China great benefits, including the ability to favorably resolve ongoing disputes over territory and natural resources; to secure its interests in Africa and the Middle East and its control over critical sea lanes; and even the opportunity to undermine the United States’ own regional hegemony in the Western Hemisphere.


Mearsheimer believes that containment is the United States’ only way to prevent China from achieving regional hegemony. (He dismisses preventative war because China possesses a nuclear deterrent, nixes policies to inhibit China’s economic growth on the grounds that they would hurt the United States’ own economy, and notes that attempting to topple China-friendly regimes and fomenting rebellion within China is likely to fail.) Containment would entail forming “a balancing coalition” with China’s neighbors, which would require the United States’ active coordination and military backing. To many it seems  that the United States has indeed begun to form such a coalition.


However, Mearsheimer does not expect that containment will prevent current tensions between the United States and China from eventually escalating into a direct conflict. One reason for his claim is that China’s weak neighbors have a strong incentive to provoke crises now, before China becomes even stronger. Mearsheimer points out this makes the United States potentially vulnerable to becoming embroiled in conflicts that its weak allies might well instigate with China, forcing the U.S. to engage in war to protect them. (The United States’ treatment of the Senkaku/Diaoyu Islands as a part of Japan covered by the Treaty of Mutual Cooperation and Security is one telling example.) Mearsheimer notes that European countries had no such perverse incentives when the United States contained the USSR during the Cold War.


Both countries’ strong nationalism, Mearsheimer believes, heightens the likelihood that the United States and China view each other as threatening. The often-provocative Mearsheimer dismisses the thesis that “Confucian pacifism” or economic interdependence will reduce the “chance that these two countries will shoot at each other.” In short, Mearsheimer asks whether war is likely and concludes that he expects, in the longer term, that the United States and China will engage in “an intense security competition with considerable potential for war” and, more flatly, that China’s rise “will not be peaceful.”


In the process, Mearsheimer ignores that if one follows the kind of real politik analysis for which he is famous – that is, an analysis that looks at security rather than at sentiments, beliefs, and loyalties – a rather different conclusion emerges. First, the United States and China both have enormously pressing domestic problems. China’s slowing economic growth and the United States’ slow economic growth make it impossible for either country to – without neglecting these domestic demands – invest many taxpayer dollars in their military. Second, a military confrontation is very likely to be exceedingly costly for both sides. China cannot reasonably expect to war with the United States without suffering serious, lasting damage – at best. Third, the United States did not fare particularly well in four of its last five wars, as Henry Kissinger delicately pointed out, and it has a hard time dealing even with ISIS, which has at most 35,000 fighters and lacks a navy, air force, nuclear weapons, or significant cyber capabilities. Fourth and most importantly, the United States and China share many important shared and complementary interests. These include slowing nuclear proliferation, curbing Islamic extremism, protecting the environment, preventing climate change, and fostering economic growth and stability.


Moreover, the two countries have very little “real” reason to confront each other. China can secure access to the energy and raw materials essential to its economic well-being, without any harm coming to the United States – unless the two countries turn every change to the status quo into a crisis of prestige. And China has shown, so far largely through land disputes, that it can settle differences with its neighbors peacefully. The main value of Mearsheimer’s provocative thesis is that it alerts those of us on both sides of the power divide to redouble our efforts to prevent his dire predictions from coming true.


Amitai Etzioni is a professor of international relations and a University Professor at The George Washington University.