Indonesia Can Learn From Dutch Ruling

The current Dutch authorities and people could have just ignored the almost forgotten stories of massacres in South Sulawesi and Rawagede, West Java, almost 70 years ago.


People were summarily executed there as part of a 1946-47 Dutch campaign to crush Indonesian resistance against colonial rule. Many thousands were killed. But even in Indonesia few people seem to remember these bloodbaths.


Neither the government nor civil society groups have made a fuss and tragedies such as those in Sulawesi are only briefly mentioned in the nation’s classrooms.


Yet for those personally involved, the stories refused to die. 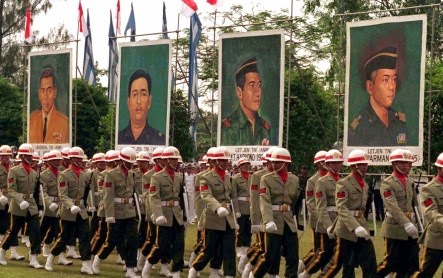 With the help of Dutch lawyers, Indonesian victims sued the Dutch state and after a 2011 court ruling, a settlement in 2013 included the payment of damages to widows of execution victims. The Dutch ambassador to Indonesia at the time also issued a formal apology.


Now, a new court ruling even requires the Dutch state to compensate not only widows, but also the children of men murdered by its troops here.


These results produced by the Dutch legal system should serve as an embarrassing wakeup call for Indonesia.


If a foreign country can apologize for what it has done in Indonesia in the past, why can’t present-day Indonesian authorities do the same with regard to past massacres commited by previous governments against our very own people, such as the mass murders of 1965-66?


In terms of the number of victims, Sulawesi and Rawagede cannot even be compared to the anti-communist frenzy that left an estimated 1 million people dead.

How long do we still have to wait before we can come to terms with our own bloody past ? Because like the Sulawesi and Rawagede killings, it won’t go away before a settlement is reached. By Jakarta Globe