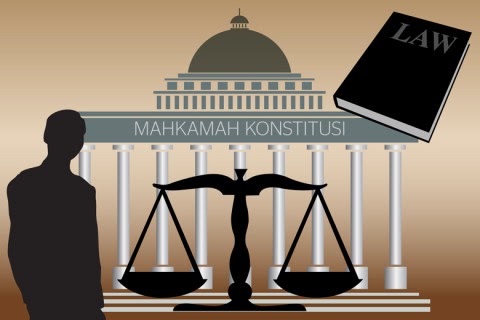 Since his victory was announced by the General Election Commission (KPU) on July 22, President-elect Joko Widodo has perhaps had the most dramatic hiatus of power in Indonesian history. He has faced a challenge at the Constitutional Court and suffered a series of political setbacks at the hand of the mostly hostile outgoing legislature. The new president may well have wished for a less turbulent, and definitely shorter, period of transition into power. 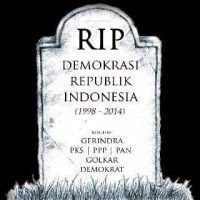 While an extended interregnum may have been intended to take into account the possibility of election disputes ─ which undeniably took place this year ─ it has proved to be a debilitating start for the new administration, both politically and psychologically.


In political jargon, the outgoing government is usually known as the “lame duck” administration, headed by a “lame duck” president, whose political grip is seen to be on the wane. So, by decent democratic convention, this is the role that the outgoing President Susilo Bambang Yudhoyono should have played.


Instead, actions inspired by a level of political opportunism that offends both common sense and democratic ethics have cast the incoming president as the lame duck.


Not yet sworn in, Jokowi has so far been forced to concede three vital legislative setbacks that may compromise his presidency.


First, the recently-passed Law on Legislative Bodies, or MD3 Law, which resulted in the opposition obtaining the speakership of the House of Representatives and its four accompanying deputy chairs. The new leadership in parliament will no doubt prove less than cordial to the new president in the months to come.


Second, the recently approved 2015 State Budget (APBN) may also prove to be another road block for President Joko Widodo as it barely supports the programs outlined in his election manifesto. With public spending capped at 3 percent of GDP, enormous infrastructure projects such as the integrated maritime network promised by Joko may be beyond the budgetary limits.


Third, as if in defiance of the new president, the House passed a bill to effect a moratorium on direct election of regional chiefs. What made it more shocking, the act was made possible by the walkout of most of the MPs from outgoing President Yudhoyono’s Democratic Party.


Amid public protests, Yudhoyono has promised to counter the new law with an executive order to reinstate direct regional elections. However, the move may prove temporary as the order will be subject to legislative review by the new parliament, in which Joko has so far failed to secure a majority.


There can be no denying the current Indonesian presidential transition has become a full-fledged fiasco. In fact, it may be difficult to find an analogy for it in recent world history. It looks even more ridiculous juxtaposed with the smooth interregnum of US President Barack Obama, largely possible through the cooperativeness of his predecessor George W. Bush. The latter even granted Obama’s request for the release of $350 billion of bank bailout funds to be pushed through Congress before his inauguration date.


Admittedly, the United States has the Presidential Transition Act of 1963 to fall back on. This act lays down the guidelines for a seamless handover of power between the outgoing and incoming administrations. Most importantly, the act officially affirms the abandonment of the old transitional period from November till March, which went out of use during the second term of President Franklin D. Roosevelt.


Nevertheless, the act only stipulates the technical and financial support that the outgoing administration is obliged to provide its successor. It does not specify the political constraints within which the “lame duck” administration may act. Even the seemingly smooth transition between Bush and Obama was slightly tainted with allegations of “midnight regulations” being enacted by government agencies before the inauguration of the new president.


But it is important to note that these “midnight regulations” have never been crucial enough to affect the integrity and capability of the new administration. They are in no way comparable to the recent political setbacks suffered by Joko at the hands of both Yudhoyono’s party and the House.


So it appears the convention against making irresponsible maneuvers by an outgoing government should be entrenched and seen as proper political conduct in a system based on democratic principles. The fact that Indonesia has failed to live up to this ideal calls into question whether we deserve the democratic epithet that the world has accorded us.


There are definitely valuable lessons to be learned from the current debacle. As the Constitutional Court ruled earlier this year that both the next legislative and presidential elections in 2019 must be conducted at the same time ─ as opposed two separate elections ─ new legislation will no doubt be drafted to accommodate the changes. Let us hope the new law will ensure that nothing like the current discordant presidential transition will ever occur again.


Johannes Nugroho is a writer from Surabaya