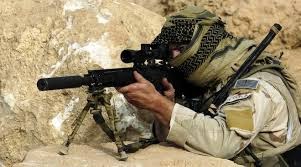 WASHINGTON - A federal jury here on Wednesday convicted one former Blackwater contractor of murder and three of his colleagues of voluntary manslaughter in the deadly shootings of 14 unarmed civilians killed in Baghdad's Nisour Square seven years ago. The judge in the case ordered the men detained pending sentencing.

The massacre, which resulted in a wave of popular anger in Iraq against the United States, and especially the army of private security contractors which it employed there, contributed heavily to the Iraqi government's later refusal to sign an agreement with Washington to extend the US military presence there.

It also sealed the reputation of Blackwater, a "private military" firm headed by Erik Prince, a right-wing former Navy Seal, as a trigger-happy mercenary outfit whose recklessness and insensitivity to local populations jeopardzed Washington's interests in conflict situations.

After the incident, the Iraqi government banned the company, which had a US$1 billion contract at the time to protect US diplomats. Iraq's parliament subsequently enacted laws making foreign contractors working in the country subject to Iraqi legal jurisdiction for criminal acts they committed. 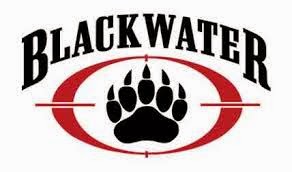 It was Baghdad's insistence in 2011 that such a condition also apply to all US military forces that scotched a proposed Status of Forces Agreement (SOFA) that would have permitted Washington to maintain thousands US troops in Iraq after the December 31, 2011 deadline for their final withdrawal.

"The verdict is a resounding affirmation of the commitment of the American people to the rule of law, even in times of war," said Ronald Machen, the US attorney who prosecuted the case, after the Wednesday's verdicts were announced.

"Seven years ago, these Blackwater contractors unleashed powerful sniper fire, machine guns and grenade launchers on innocent men, women and children. Today, they were held accountable for that outrageous attack and its devastating consequences for so many Iraqi families," he said in a statement. 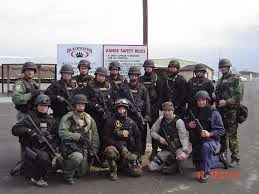 While praising the verdicts, some observers said that Blackwater itself should have been on trial. "[H]olding individuals responsible is not enough," noted Baher Azmy, the legal director of the Center for Constitutional Rights (CCR), which represented Iraqi victims of the killings in a human-rights case against Blackwater that settled in 2010.

"Private military contractors … have engaged in a variety of war crimes and atrocities during the [2003 Iraq] invasion and occupation while reaping billions of dollars in profits from the war. To this day, the US government continues to award Blackwater and its successor entities millions of dollars each year in contracts, essentially rewarding war crimes," he said.

Wednesday's verdicts, which confirmed initial findings by a Federal Bureau of Investigation probe carried out within two months of the massacre, are likely to be appealed to a higher court by the defendants' attorneys, who contend that the convoy they were leading had come under attack and that their clients were acting in self-defense at the time.

They are also likely to challenge the verdicts on the grounds that key evidence presented to the jury consisted of initial statements of what took place that were effectively "coerced" by interrogators, who allegedly assured them that what they said would not be used in court. That issue has been bounced between courts since the Justice Department filed the case in 2010.

Altogether, 17 Iraqi civilians, including two boys aged nine and 11, were killed and 20 more injured when, on September 16, 2007, a State Department convoy entered Baghdad's busy Nisour Square with the armored Blackwater vehicle in the lead.

While defendants and Blackwater itself insisted that the convoy came under attack, the FBI and prosecution contended there was no evidence to sustain such a conclusion.

According to the latter, the unit's sniper, Nicholas Slatten, opened fire on a car which, according to the defense, had approached the Blackwater vehicle in a suspicious manner. Slatten's shots, which killed the car's driver, a medical student, triggered chaos throughout the circle.

In addition to Slatten, who was convicted of first-degree murder, a total of six members of the Blackwater team fired their weapons as they moved through the circle, according to the prosecution.

One team member, Jeremy Ridgeway, pleaded guilty to one count of voluntary manslaughter in 2008 and served as a prosecution witness in the case. Charges against another defendant were dropped shortly afterwards. Several other team members also testified against the defendants.

Aside from Slatten's conviction, three other guards Wednesday were found guilty of voluntary manslaughter, as well as various weapons offenses.

The Justice Department had charged that they "unlawfully and intentionally, upon a sudden quarrel and heat of passion, did commit voluntary manslaughter".

If sustained, Slatten's murder conviction requires a sentence of life imprisonment. Each count of voluntary manslaughter - and each of the other three defendants were convicted of multiple counts - can carry a prison sentence of up to 15 years.

The trial itself began earlier this summer and lasted two months. In addition to the Blackwater guards who testified for the prosecution, the Justice Department brought 30 Iraqi witnesses, including surviving family members who witnessed or were injured in the incident, to testify. Despite their dramatic and often wrenching accounts, the trial received relatively little media attention.

The verdicts were hailed by Paul Dickinson, an attorney who represented six of the families - including the nine-year-old victim, Ali Kinani, whose father was the first witness to testify for the prosecution in the current case - whose members were killed or injured in the massacre in a separate civil lawsuit filed against Blackwater in North Carolina in 2009. That case was settled with an undisclosed compensation agreement in 2012.

"I am confident that my clients are pleased with today's verdict, knowing that the men they alleged killed their family members have been brought to justice and held criminally accountable for their actions," he told IPS in an email. "While a criminal conviction can never fully satisfy a family that lost a loved one, it does provide some closure for my clients."

The verdict, he said, was "significant because it shows that government contractors who commit crimes abroad can be prosecuted in US courts for their criminal actions".

Pratap Chatterjee, an investigative reporter who has focused on the operations of US military contractors, including Blackwater, in Iraq and Afghanistan, agreed with that assessment, but, echoing CCR's Asmy, stressed that it was "only one step of many that need to be taken in bringing justice to Iraq".

"Many similar incidents have neither been investigated nor anyone prosecuted," Chatterjee, who currently heads California-based Corpwatch, told IPS. "To this day, the private companies and their executives who turned Baghdad into a free-fire zone have yet to be charged."

Earlier this summer, the New York Times reported that the State Department had initiated an investigation of Blackwater's operations in Iraq just before the Nisour incident but had abandoned it after Blackwater's top manager there issued an apparent death threat. According to a State Department memo of the conversation, the Blackwater official said "that he could kill" the government's chief investigator and "no one could or would do anything about it as we were in Iraq".