Macau Cracks Down on Democracy Advocates

Arrest of ‘chickens’ meant to scare Hong Kong ‘monkey’
On Aug. 24, police in Macau arrested a number of activists and closed a series of unofficial polling stations where citizens had been invited to vote on whether they had confidence in Chief Executive Fernando Chui Sai-on.


The crackdown in Macau is being regarded as another signal that Beijing’s ant-democracy campaign is heating up just as it claiming to offer universal suffrage to the people of Hong Kong, a claim greeted with widespread suspicion in the territory, just 65 km. across the mouth of the Pearl River from Macau.


Chui’s first five-year term is up in December and he is standing for re-election – a foregone conclusion since there is no other candidate. 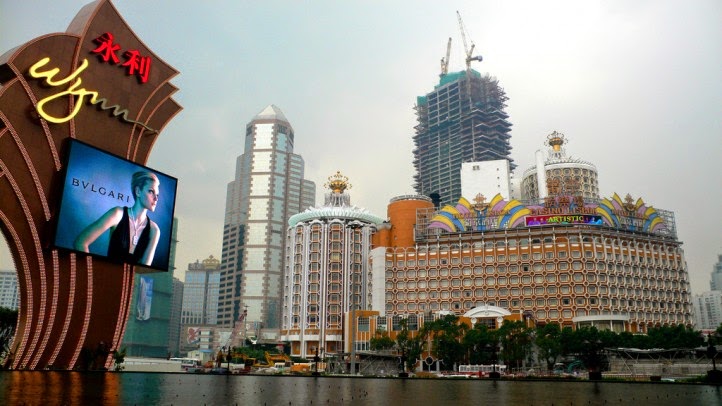 The political apparatus put in place with Portugal’s relinquishment of the once-sleepy 442 year-old enclave in 1999 is theoretically designed to mirror Hong Kong’s “one-country, two systems” government that the former British colony put in place in 1997. However, from the start, Macau has felt the heat from China more than Hong Kong has. The political regime, clearly directed from Beijing, appears reluctant to go through the motions of a contest. The 400 individuals allowed to vote out of a population of 625,000 will rubber-stamp Chui’s second term just as he was first “elected” by a near unanimous vote with no opponent.


That is not to say however that there is no opposition to Chui within a traditionally apolitical Macao. Discontent has been simmering for some time with mass protests by workers and other signs of unhappiness. While Chui has presided over a phenomenal growth rate in the territory’s economy, the growth has been entirely based on the gambling industry where turnover now exceeds that of Las Vegas by an astonishing margin. Macau's gaming market generated $47.89 billion in revenue against US$6.52 billion for the 12 months ended May 31.


Needless to say, enormous amounts of that revenue are flowing down from the mainland, generating industrial-scale money laundering by mainlanders despite official government attempts to stop it. The organized crime activities which casinos everywhere attract has not helped deliver clean and accountable governance to Macau despite the well-publicized jailing in 1999 of Wan Kuok-koi, better known as Broken Tooth Koi, the leader until his arrest of the 14K Triad.


Most of the benefits of the casino boom are regarded as having gone to the casino operators, five of which are among the leading stocks listed on the Hong Kong stock exchange, where organizers and financiers of junket operators are also represented by lesser known counters. Senior employees of casinos, five-star hotels and luxury brand retailers have also made very good money from the laundering boom.


But for ordinary Macanese the influx of tourists and mainland flight money into local real estate has pushed up prices, particularly of apartments, beyond locally affordable levels while real wages for the unskilled  and semi-skilled have stagnated.


The irony is remarkable that a regime which survives by being “patriotic” and allowing no real political debate also continues as the laundering center for money which should be captured by President Xi Jinping’s anti-corruption campaign.


But the fate of even the most minor expressions of political dissent in Macau is another clear signal to Hong Kong that words like democracy and liberalism are foreign imports which threaten national security – or at least the security of the Communist Party elite headed by Xi, who himself seems destined to want to develop a personality cult around himself, if the Chinese propaganda machine’s recent activities are any measure.


For Hong Kong this means being offered a version of “universal suffrage” which is regarded by critics as a joke and which is likely to be rejected by pro-democracy forces that can prevent Beijing’s proposals passing the legislature by the necessary two thirds majority.


Beijing will not actually be unhappy with this as its legions of acolytes, headed by officials feeding at the government trough, will then claim that democrats rejected democracy. The democracy they have in mind is for the people to have a choice between two candidates carefully vetted by Beijing and approved by an election committee composed mostly of  pro-government stooges. This is barely an advance on the Macao – or North Vietnam – model.


Apparently Chinese civilization is so fragile that patriotism means accepting that Chinese people are incapable of thinking for themselves and must always be guided by the party which brought the Great Proletarian Cultural Revolution, and others disasters, and now is intent on diverting attention from new failures by threatening its non-Chinese neighbors, Japan, Vietnam and the Philippines. Asia Sentinel
Posted by Kerry B. Collison at 3:59 PM