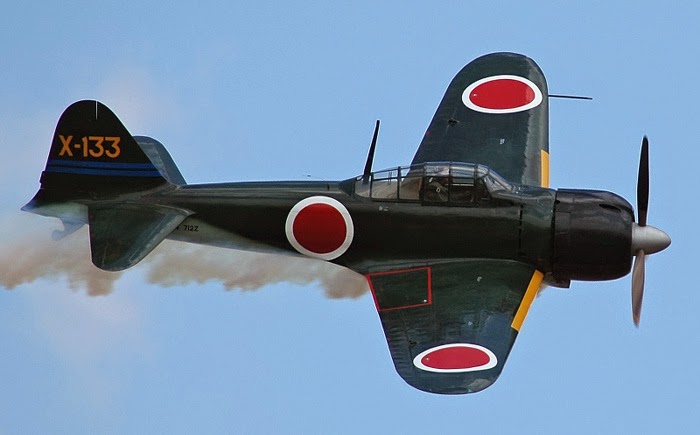 Abe’s aggressiveness pays off in Paris
The Paris Eurosatory Land and Air-land Defense and Security Exhibition, one of the world’s largest arms trade fairs, had a few exhibitors this year that have not usually been seen on the weapons trade fair circuit. The mid-June trade show drew 13 exhibitors from Japan, including some major defense industry players as Mitsubishi Heavy Industries, all showing off their stuff – tank engines, radars, missile components.


Japan’s major defense contractors are wasting no time taking advantage of a decision by the government of Prime Minister Shinzo Abe last April to relax the half-century self-imposed ban on sales of military equipment abroad. There had been a total ban on such exports since the late 1960s. 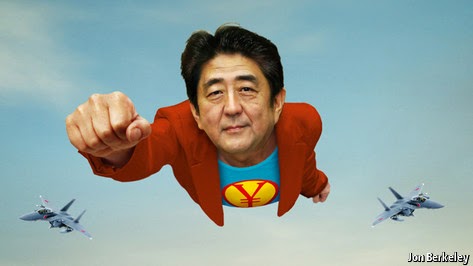 Japan has a large and sophisticated armaments industry, producing tanks, aircraft, warships, but for all of those years, it has had only one customer, the indigenous Self-Defense Forces. Until this past year, Japan’s defense budget, and thus their business, had been gradually shrinking until the government reversed this trend modestly this past fiscal year.


From the Japanese government’s point of view, there are compelling reasons to relax the weapons ban. It strengthens the domestic arms industry by allowing it to participate with other armament producers such as the United States. It is understood that Tokyo hopes to have a major share of the new-generation fighter, the F-35, whose development runs into the hundreds of billions of dollars.


It is in keeping with Abe government’s dramatic new defense strategy, which has also included the cabinet’s controversial decision in early July to “reinterpret” the country’s pacifist constitution to permit Japanese forces to come to the aid of allied forces under attack, a move applauded by the US but condemned by China.


Critics worry that while probably not violating the letter of the constitution, Abe’s strategy violates its spirit and undermines Japan’s historic posture as a nation that avoids war. However, there are other models that Japan could follow such as Sweden, which despite its long history of neutrality in global conflicts is in fact, a major arms exporter.


The lifting of the ban comes with some constraints. Under the policy, restrictions would remain in place for countries involved in conflicts or subject to United Nations embargoes.


From China’s point of view, the new posture gives Japan greater diplomatic leverage in Southeast Asia, making it easier to provide military aid to Southeast Asian countries that would help them in their claims to contested territories in the South China Sea, and a potential early step toward Japan’s eventually forming military alliances with countries in the region.


Tokyo has already promised to supply Vietnam and the Philippines with coast guard vessels to help them patrol the disputed waters. Strictly speaking, these are civilian vessels, and probably would not have fallen under the arms embargo. However, that would not preclude the sale of actual military hardware sometime down the line. The coast guard transfers might be constrained by Japan’s growing need for cutters in its dispute with China over the Senkaku/Daioyu islands.


Indeed, Tokyo is hosting a seminar in late September aimed at all 10 ASEAN nations to pitch weapons sales to the region. The theme of the seminar is “maritime security.” Japanese officials reportedly want to explain in particular how Japanese naval vessels and aircraft could boost the security of these nations.


Prime Minister Abe personally visited all 10 ASEAN countries, even Laos, during his first months in office. Many ASEAN countries are heavily dependent upon Russia for sophisticated military equipment, such as fighter aircraft and submarines, and might welcome the addition of another potential supplier.


India is the customer for Japan’s first big armaments sale. That is the Shinmayu U-2 amphibious rescue aircraft, said to be the only seaplane in the world that can land and take off on the high seas. But the sticker price at nearly US$100 million per plane has delayed a signing of the deal.


An even bigger sale could involve Japan’s Soryu-class diesel-electric powered submarines, often described as the best conventionally powered submarines in the world. Australia is in the market for new subs to replace its Collins-class boats. A successful sale would be precedent-setting and certainly turn a few heads in Beijing since it would signal Tokyo’s willingness to sell very serious armaments in a region increasingly wary of China’s growing strength at sea.


Defense ministers from both countries have already met for a series of meetings to establish a framework agreement for importing military technology. The Australian Submarine Corp. has also hosted Japanese government officials. The sale might run into difficulties over transferring the highly classified technology that makes them such good submarines, however.


Some have raised worries that the armaments deals might drag other countries deeper into a confrontation with China.


“There is a clear danger that in aligning ourselves so closely with Japan on technology as sensitive as submarines, it would be read in Beijing as a drift toward a Japan-Australia alliance,” said Hugh White, professor of strategic studies at the Australian National University