INDONESIA Enlisting With the Islamic State

The briefing paper was received by Indonesia's National Counterterrorism Agency (BNPT) in November last year. Sent by a high-ranking military official from a Middle Eastern country, it warned that the Islamic State of Iraq and Syria (ISIS) now called the Islamic State (IS) would soon reach Indonesia. "They reminded us that we have to be cautious," BNPT chief Ansyaad Mbai said on Monday last week.

According to the message's sender, Ansyaad said, IS was going to become an international terrorist movement even worse than Al-Qaeda, the organization accused of involvement in a series of terror attacks in many countries. IS opposes anyone who does not line up with them. Their followers in Egypt, for instance, attacked a police headquarters there.

Ansyaad said Indonesia was also warned about the possibility of IS followers creating a battle zone. This was because of the Indonesians who have traveled to the Middle East to fight in Iraq and Syria, which have been torn apart by violence. "They want to be seen as a branch of Al-Qaeda here," Ansyaad said. A similar warning was given by the Global Counterterrorism Forum, of which Indonesia and 19 other countries are members.

Three months after the warning arrived, IS fever is sweeping Indonesia. It took the form of the swearing of an oath to support IS at Fathullah Mosque at Syarif Hidayatullah State Islamic University in Ciputat, Banten, by the Islamic Law Activist Forum. A week later, the Congress of the Bekasi Muslim Community declared its allegiance to IS at the Muhammad Ramadhan Mosque in South Bekasi. In March, a mass of IS supporters gathered at the Hotel Indonesia Roundabout in Central Jakarta.

Before the recent Ramadan fasting month, a group of people dressed in black IS uniforms appeared at car-free day in Solo, Central Java. Public declarations of loyalty were reported in places like Malang and Sidoarjo in East Java; Sukoharjo in Central Java; Aceh; Medan; Makassar; Poso in Central Sulawesi; and Bima in West Nusa Tenggara. 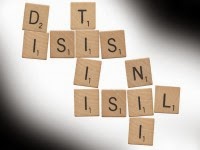 On July 18, Indonesian terror convict Abu Bakar Ba'asyir swore his allegiance with 23 other inmates at the Pasir Putih Correctional Facility in Nusakambangan, Central Java. A photo of the group, complete with the IS black flag, circulated publicly in early August.

According to Sidney Jones, director of the Institute for Policy Analysis of Conflict, Santoso, alias Abu Wardah, who is wanted by the police for leading a terrorist group in Poso, is also among IS's supporters. The black flag was hoisted by a pro-Palestinian crowd on the night of the Lebaran holiday in that town.

A propaganda video called Join the Ranks was seen on YouTube, containing a call to join IS, as spoken by an Indonesian named Bahrumsyah. Going by the pseudonym Abu Muhammad al-Indonesia, this man is a suspect in a terrorism case. "His whereabouts are still being tracked," National Police Chief Sutarman said two weeks ago.

As soon as IS reached Indonesia, the National Police identified groups supporting it. According to police data, the ideology of IS has created a pro-contra debate among 'jihadists' those who consider jihad to be the sixth pillar of Islam and thus continually keep searching for new battles. IS is against everyone outside its group, including other Muslims who disapprove of them.

According to Ansyaad, those supporting the IS movement are "cells of terrorist groups." He pointed to Ba'asyir's prison activities as proof. "It's a lot of the same people," he said.

Bahrumsyah, who appeared in the IS recruitment video, replaced Abu Roban, leader of the Mujahidin Indonesia Barat, who was shot and killed by police in May 2013. He also underwent military-style training in Aceh. "He is a newcomer," said one high-ranking police official. Iwan Darmawan was given the death penalty in the Australian Embassy bombing case.

The main figure behind IS's Indonesian supporters, according to the police, is Aman Abdurrahman alias Abu Sulaiman, leader of Tauhid Wal Jihad. After being found guilty of assisting military training of a terrorist group in Aceh, he was sentenced to nine years imprisonment. Aman had previously been sentenced for his involvement in a bombing in Cimanggis, West Java. According to the police, Aman translated IS's propaganda from Arabic into Indonesian at Nusakambangan.

The police's anti-terror squad, Densus 88, notes that some high-ranking figures from JAT are still leaning toward Jamaah Islamiyah (JI). This group is in competition with IS due to a different understanding of jihad. Soleh Ibrohim, head of JI's Solo branch, declined to comment on IS.

Amid the support for IS, the police have moved to arrest suspected terrorists. Densus 88 raided Santoso's 'area of control' in the forests of Poso in March. The police arrested two people, Rodik and Adi Ladangan. A laptop, some communication gadgets, a firearm and an IS flag were confiscated from them.

In Ngawi, East Java, on Friday two weeks ago, the police arrested Guntur Pamungkas and Kardi. They were accused of belonging to Santoso's group. The police claimed each had an IS flag and were in possession of firearms. Meanwhile Afif Abdul Majid, who pledged 1,500 people in Solo, was arrested in Bekasi on Saturday two weeks ago. Afif was accused of arranging funding for terrorist training in Aceh in 2010 with Ba'asyir and Abu Tholut.

Riyanto, a member of the Abu Roban and Bahrumsyah groups, was arrested in Tawangmangu, Central Java, on Monday last week. He was accused of participating in robberies in Batang and Grobogan to fund terrorist acts. "The Densus team has had him under surveillance for three months," said Karanganyar Police Chief Martireni Narmadiana. At Riyanto's home in Berjo village, the police said they had found a gun, Rp7 million in cash and books about jihad.

According to Ansyaad, more than a dozen people have been arrested over the past two months. Two had passports ready for travel to Syria. These perpetrators of police killings in some parts of Jakarta and environs were planning to hook up with IS in Syria.

They are members of the Bahrumsyah group. Ansyaad said this information was obtained from Anton alias Septi, who was arrested in Banyumas, Central Java, a few hours before the raid. Meanwhile six of Anton's associates were killed during a raid in Ciputat on New Year's Eve.

Nevertheless, some have already departed for the 'jihad field of battle'. According to the police, they are traveling individually, unlike the wave of JI members who went to Afghanistan at the end of the 1980s. In general, they go by plane from Malaysia to Istanbul, Turkey, then overland to the Syrian border.

Ansyaad could not determine the number of Indonesians who had joined up with IS. This is because some of them might already have been staying in the Middle East. He said that about 30 people had left from Indonesia, and some of them had previously been sentenced for terrorism cases. The police said it was known that 56 people has gone to Syria from Indonesia.

According to police data, one of those people was Abdul Rauf, who was sentenced for his involvment in the 2002 Bali bombings. According to other information, this man from Serang, Banten, died in Syria. Then there is Rozikin, who was imprisoned for the bombing of the Australian Embassy in 2004. He has also joined IS.

The first Indonesian pledge of allegiance to IS was done by Afif Abdul Majid, executive chairman of JAT. According to the police, Afif was the first Indonesian who swore allegiance in Syria, at the end of 2013. "He was sworn in by Abu Hisyam, who was representing Baghdadi," National Police spokesman Boy Rafli Amar said.

Afif, who was close to Ba'asyir, was the one who made that oath of allegiance ritual for 1,500 people to Baghdadi at the Baitul Makmur Mosque in Solo on July 15. Just three days later, Ba'asyir pledged his allegiance. Before that there was a seminar and explanation about IS and international politics, which was done by Afif, Abu Fida from Surabaya, and Dr. Amir Mahmud.

This event also marked the formation of the Daulah Islamiyah Supporters Forum led by Amir Mahmud. "I was surprised. The initial estimate was only about 500 people," he said on Friday two weeks ago. "Invitations were sent by SMS and flyers."

A larger campaign was conducted by the Ansharul Khilafah of East Java before a declaration and allegiance event was held at the Jami Sulaiman al-Hunaishil Mosque, Malang, on July 20. Its spokesman, Muhammad Romly, said that support had been gathered through Facebook, Twitter and other online channels, chain text messages and flyers. As a result, hundreds of people came from Malang, Surabaya, Sidoarjo, Jombang and Lamongan.

Fachri said the magazine was often available at discussions involving pro-IS groups. However, he denied being affiliated with IS. "The themes in the magazine follow the current public discourse," he said on Monday last week.

Aside from the 'jihadists', the government has begun keeping tabs on the spread of IS. The Bekasi Intelligence Committee found that the administration sections of the mosques were being taken over for this purpose. "Initially they influenced people on the mosque financial board," said Intelligence Committee Chairman Maryono. After that, the group's members make an effort to become the imam or khatib (the person who delivers the sermon), before finally taking over the administration.

The Communication and Information Ministry, on orders from President Susilo Bambang Yudhoyono, claims to have closed off access to 17 videos connected with IS in early August. As of last week, however, IS propaganda videos could still be found on YouTube.

The police have noted the affiliations of those who have gone to Syria: