Can Indonesia become the central leader of Asean? 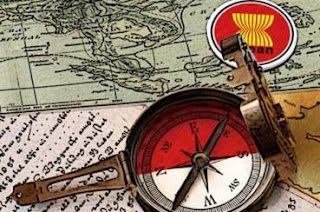 Indonesia is now not only the largest economy in Southeast Asia, but also the only Asean member ranked as a free country by the Freedom House Index (FHI). No one can deny the current force of economic and political development or development of civil society organisations (CSOs) in Indonesia. This situation has revitalised the new phase of Indonesian leadership in Asean. The Philippines has risen from the political ashes under the government of President Beningo Aquino III. By contrast, Thailand has demoted its democratic paradigm since the 2006 coup.

What is so significant about Indonesia's rising star of democracy while other Asean members continue with the ideologies of socialism and authoritarian democracy?
Indonesian leadership does not stop within Asean, as it is now recognised by the international community as the regional representative at the G-20. The largest Muslim country in the world also plays a bigger role at the Organisation of Islamic Conference (OIC) and is a vital US partner against terrorism in Southeast Asia.
Indonesia is the current Asean chair, which provides an opportunity for the country to officially demonstrate its intention and responsibility to lead Asean in 2011 and beyond. Some say one year is too short to make a change in the direction of Asean.

It is partly true. But with hundreds of Asean meetings each year, Indonesia should be able to create a new regional atmosphere either through public announcements or actions. Indonesia can influence the new direction of Asean by supporting Asean's new credos - democracy and human rights under the Asean Charter - bringing these ideals a little closer to reality.

Challenges for Indonesia and Asean are climate change, regional infrastructure building (under "Asean Connectivity"), human and drug trafficking, migration, and the protection of low skilled workers, women, children and the disabled.
In addition, Asean now has its own human rights commission, the Asean Inter-governmental Commission on Human Rights (AICHR). But the AICHR apparently has only the mandate of promotion, not protection of human rights. The terms of reference (TOR) shamefully make the commission look like a lame duck. The commission does not have the power to hear or investigate cases, to make country visits or even produce fact-finding reports. Indonesia should try to expand the AICHR's connection with Asean in order to build a pro-human rights atmosphere and shape the draft of the Asean Human Rights Declaration.

Another issue that sooner or later will get regional attention again is democratic development in Burma. The assessment of the future political situation in Burma and how Asean can improve its relationship with the recalcitrant member are big tests.
The question is whether Indonesia has the will to take a lead. If yes, what are the complications of becoming the regional leader?

Jakarta is the centre of Asean diplomacy, where the Asean Secretariat is located and the Asean permanent representatives and ambassadors to Asean reside. This gives Indonesia leverage to raise attention, discuss issues, call for meetings and create regional direction.

If Indonesia is willing to lead, the principles of the "Asean Way" such as consensus, consultation and non-intervention should be eased in order to shift the regional environment from passive to proactive and more effective. This will irritate Asean members that prefer domestic politics to remain within borders even when they infringe on the regional values of democracy and human rights.

Indonesia will start increasing its military spending this year from around 1 per cent of GDP to 1.5 per cent by 2014. Some Asean members have showed support for this increase and even complimented it as a way to enhance the capacity of Asean defence, particularly in the Malacca Strait.

Building up armed forces and modernising the defence sector always raises a red flag to neighbours. Indonesia does not want to send the wrong signal or set off an arms race in the region. Closer defence cooperation among members will possibly assuage this concern.

The expansion of Indonesian leadership together with the increase in its military budget may shake the balance of power in Asean and ignite fears of a self-proclaimed regional leader, because Asean has never endorsed the creation of a responsible de facto regional leader like Germany in the EU or the United States in Nato. When a country has obvious newfound power, people certainly expect something out of that privilege. It is hard for Indonesia to create a new regional atmosphere while maintaining complementary, not competing, cooperation, but so far the signs have been good. By Sarinna Areethamsirikul lecturer at Naresuan University's Bangkok campus. The Nation, Bangkok

Email ThisBlogThis!Share to TwitterShare to FacebookShare to Pinterest
Labels: Can Indonesia become the central leader of Asean?