China Sea showdown: US must step up to face off with China - Beijing is prepared to reject UN’s decision. What is America going to do about it? 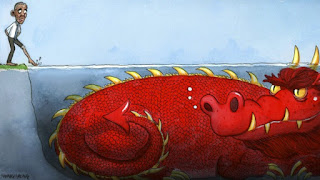 China Sea showdown: US must step up to face off with China - Beijing is prepared to reject UN’s decision. What is America going to do about it?

The United States faces a major challenge in Asia’s South China Sea. The UN’s Permanent Court of Arbitration (PCA) announced that they will hand down a decision on July 12 concerning a 2013 suit brought by the Philippines against China under the provisions of the UN Convention on the Law of the Sea (UNCLOS). Alarmed by China’s repeated territorial claims, massive land reclamation projects built upon coral mined from the seabed, mineral exploitation surveys and aggressive assertion of fishing rights regardless of Exclusive Economic Zone delineations, the Philippines seek a judgment from the ultimate multinational authority. This court is expected to determine the legal basis—or lack thereof—for China’s expansive territorial claims of indisputable historical sovereignty over 85 percent of the South China Sea enclosed within their ambiguous “nine-dash line”. The court will rule on the maritime entitlements of specific features in the South China Sea and on certain Chinese activities there. The court is expected to decide in favor of the Philippines and in favor of UNCLOS. China is not expected to agree, arguing that the South China Sea is sovereign Chinese territory, and that the court has no jurisdiction. China has in fact repeatedly announced that they will disregard the court’s decision. What is at stake is the access of Asian nations to the international waters and airspace of the South China Sea for transit and trade, and the access of that sea’s littoral nations to fishing areas and seabed minerals. 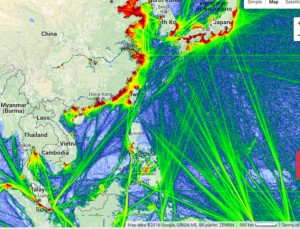 The United States is reportedly working on a strategy. What might this look like? While a complete analysis of all the conditions shaping any possible strategy is not possible here, we can look at some of the major governing factors.


China already has de facto control over the South China Sea. Proximity means a lot. China’s extensive coastline—washed by both the East and the South China Seas—offers numerous ports and airfields supporting direct and immediate access of Chinese military and maritime auxiliary forces to the seas. China’s vast fishing fleets, increasingly under state sponsorship and control, and increasingly armed, are always close to their support structure.


China’s seaward land reclamation efforts demonstrate China’s ability and will to act as they wish in the South China Sea. These new port and airfield outposts came at the cost of the destruction of more than three thousand acres of coral reefs, the essential nursery of marine life, with as-yet uncalculated cost to sustainability of South China Sea and Pacific marine life. These new features testify to China’s ability to do what it pleases and at the same time extend China’s ability to exercise ever-greater control. Support for military sea and air forces, maritime auxiliary, and fishing fleets has now been extended well into the South China Sea and into the territorial seas of the other littoral states.
Speaking of fish, China’s traditional fishing grounds are severely depleted. China increasingly fishes abroad to sustain their industry. In 2013 and 2014 encounters in Korean waters between Chinese fishermen and Korean Coast Guard forces resulted in the death of a Korean guardsman and a Chinese fisherman in separate incidents over those two years. Without some respect for sustainable fishing practices, we will see more deadly competition and more pressure on already damaged fish populations. Asia well remembers that resource completion, for protein as well as petroleum, can bring conflict.


China has seized control of the narrative, at least where it counts—with their own population and those of their South China Sea neighbors. Repeated assertions of undisputed historical sovereignty in communications with the UN and in hypernationalistic media raise the stakes considerably. The United States is consistently portrayed as the threat to peace and stability and as a repeated violator of Chinese sovereignty. Challenges to ships and airplanes are becoming more aggressive. Surveillance missions, conducted lawfully from international waters and airspace now endure unprofessional “close aboard” intercepts and acrobatics. PLA Navy and Air Force units in the vicinity are rapidly gaining strength.


The U.S. stance in the face of this is curiously passive. Since May 2015, when we asserted our right to “fly, sail and operate anywhere international law allows”, we performed three announced “Freedom of Navigation” operations. But “Innocent Passage” rules were followed, and the message became confused. Operations of U.S. naval and air forces are a critically necessary response in this situation, but they are not, by themselves, sufficient. A much more difficult challenge is to assure the access of all claimants to the resources of the sea, both animal and mineral. This will require maritime law enforcement means as well as some agreed-upon system for responsible and sustainable resource management.


Most important, the Chinese narrative may be driving the situation instead of just describing it. By design or by accident, today’s situation in the South China Sea is increasingly identified with the Chinese Communist Party’s (CCP) mission to recover Chinese territory lost to the west—and to certain Asian countries—during the “Century of Humiliation” from the mid-nineteenth Century Opium Wars to the CCP’s victory over the Nationalists in 1949. Victory over Nationalist, Japanese and Western forces coupled with economic growth since the rise of Deng Xiaoping largely form the twin context for justification of continued CCP rule. Given today’s economic challenges in China, including increasing violent unrest, the recovery of lost territory assumes even greater importance. The South China Sea is now solidly identified with China’s “lost territories”.


In 2009, the Chinese declared: “China has indisputable sovereignty over the islands in the South China Sea and the adjacent waters, and enjoys sovereign rights and jurisdiction over the relevant waters as well as the seabed and subsoil thereof.” Since then, this claim has been repeated often, and at all levels.


In a November 2015 speech to the Singapore National University Xi Jinping himself stated (as translated in English): “The South China Sea islands are China's territory since the ancient times.”


We can therefore expect “sovereignty” to be a prominent part of China’s response to the expected tribunal verdict. The old Nike slogan “Just Do It” seems to have assumed Chinese characteristics, asserting sovereignty over an area half again as big as the Mediterranean. Applying the term “historical sovereignty” to the entire South China Sea embeds this issue in China’s declared mission of recovering lost territory. This elevates the South China Sea to a survival-level interest for China’s leadership.


The Chinese leadership cannot compromise, let alone back down, without risking severe damage to domestic stability. This instability certainly includes national protests and even the survival of the regime itself. The grim fates of the Qing Dynasty and the Nationalist regime are well remembered. As a result, party elites and leaders cannot appear—to their peers or to the public—to be making sacrifices to satisfy the demands of other powers, particularly the United States and Japan.


For our part, our much-discussed “pivot” to Asia is incomplete. Defense and security initiatives are moving forward at a deliberate pace, but the centerpiece of our engagement with Asia, the Trans-Pacific Partnership (TPP), is stalled. Our quadrennial election rhythms and requirements have overtaken TPP progress. The leading candidates of both parties are now solidly antitrade. An end of the year push for agreement will be embarrassing, as the president-elect is sure to be dead set against it—if we take each at his or her word. At best, perhaps we can get a “reset” but that will require major, significant rewrite and trade adjustments before senators can vote for ratification without voting themselves out of office. Far from a tangential issue, this damages our prestige when we need it most. The TPP’s pending status sends a message that our pivot is solely about militarizing our Asian policy. The longer the pivot is perceived to be only about the military, the longer we will be hampered in our diplomacy, the longer the containment myth will be perpetuated, and the longer our friends will be left hanging.


Responding to all of this will require upping our game in all aspects of national power. It will require a degree of skill and consistency that will be severely challenged by our political situation.


Reinforcing our alliance and partnership capabilities is imperative. The power of the third offset must be brought to reality. This is more than just equipment; it is also doctrine—how we operate. The recent Balikatan exercise in the Philippines showed the value of “distributed operations”—on land, at sea and in the air. We must be able to operate from a constantly changing posture to meet today’s conditions.


In addition to military capabilities, and perhaps even more urgent, is the creation of powerful maritime surveillance and maritime law enforcement capabilities. We and our allies and partners need to be able to counter illegal activities in their own seas.


Coupled with this might be an aggressive diplomatic effort to create a system to manage marine resources—primarily fish. Intentional destruction of the common environmental heritage of the global commons should never go on without paying a severe political price. This should also allow us to regain a bit of dominance in the ongoing competition over the narrative. The creation of a system that establishes and enforces rules of conduct over fish and minerals can be a positive for those industries, and for the countries of the region.


Trade deals do not have to wait for us to sort out the TPP again. Our industries, our states, our municipalities can be far more adept at the retail level than the federal government. Sister city, sister county and similar arrangements are guaranteed to have more local salience than something designed in Washington to fit all. We already have significant activity underway, especially in agriculture. Let’s accelerate this at the grassroots level.


Many multilateral initiatives must include China. We will need to reach a new level of candor here—we can all mutually benefit but we have to be operating on the same rules. We need to talk again about human rights and about World Trade Organization compliance. But at the same time we can prosper through mutually growing economies.


Wallace C. Gregson is a retired Marine, former assistant secretary of defense for Asian and Pacific Security Affairs 2009–11, currently senior advisor at Avascent International and senior director for China and the Pacific at the Center for the National Interest.