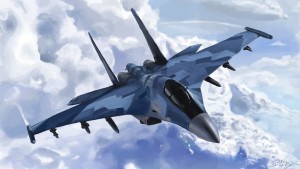 
Indonesia has increased defense spending over the past three years in an attempt to regenerate its aging military arsenal.