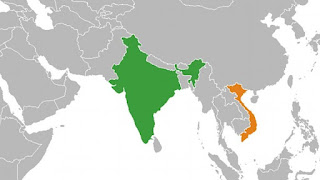 
The South China Sea has become an important concern for China, Taiwan, Vietnam, Malaysia, Philippines and Brunei. China claims the entire South China Sea and unilaterally occupied the Paracel islands from the erstwhile South Vietnamese regime in 1974. Ever since, China has been claiming the entire group of Spratly islands which are in the Southern portion of the region as its own. During the last two years, China has been focussing on improving its military capability in these islands. This is being done with the aim of controlling the entire area so as to ensure that the navigation and the air-space are fully under Chinese domination. It is important to view what the Chinese have done, so as to understand the military implications that emerge from it. 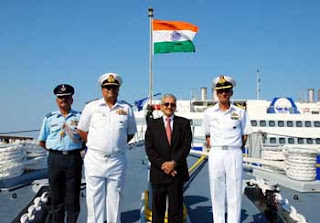 All countries involved have been seeking reclamation of lands in the South China Sea. China initiated the process by building a full-fledged air base in the Woody Islands which forms a part of the Paracel Group of islands. In 2003 Malaysia reclaimed land in Swallow Reef enabling a runway 1368 metres in length to be constructed which enables cargo, surveillance and fighter aircrafts to operate. Vietnam followed in quick succession by constructing a runway of 550 metres length in Big Spratly Islands which are being utilised by cargo and surveillance aircraft. The year 2006 saw Taiwan construct a runway 1195 metres in length at Itu Iba island capable of handling cargo, surveillance and fighter aircraft. Philippines constructed a 1400 metres airfield at Thitu Island in 2014 capable of handling Cargo, Surveillance and Fighter aircraft.


In recent months, China’s reclamation of islands has grown dramatically. It has reclaimed 2900 acres of landmass across a string of islands in the Spratly Group. The construction is focussed on Gaven Reef, Johnson South Reef, Fiery Cross Reef and Hughes Reef. The islands are big enough to erect buildings, house equipment and have a big runway on Fiery Cross Reef. At some sites, China has excavated deep channels and has built new berthing areas to allow access for larger ships that could be used to assert territorial claims. It is reported by the Wall Street Journal in May 2015 that China has placed two mobile artillery units on Johnson Reef.


In February 2016, China deployed two batteries of HQ 9 Surface to Air Missile each ranging about 160 nautical miles, on Woody Islands in the Paracels, thereby giving the capability to intercept the aircraft flying over this area.


The Chinese are extremely clear about their maritime territorial claims. With Sasha in the Paracel islands already developed in 2012as a headquarters and a military base for the entire region, China would like to develop the reefs as bases in the Spratly Group of islands to enable it to undertake force projection in the area. President Xi Jinping has been constantly referring to the Chinese dream. The Chinese dream comprises primarily of two ingredients strength and wealth. Both these characteristics find their manifestations in the South China Sea. The area has fish, oil and other minerals. Optimised exploitation of these resources will enable China to enhance its Comprehensive National Power.


As a dominant military power that China is, it realises the strategic value of islands and would use these gainfully in controlling shipping as also countering any naval posturing by the aircraft battle groups of the United States.


The ASEAN states have been told by China not to raise the issues in international forums and talk to China directly. China claims sovereignty over the area and any shipping through these areas must not enter the territorial limits of 12 nautical miles from these islands. The Defence Secretary of the United States Mr Ashton Carter has stated that the military will fly, sail and operate wherever permitted by international law.


However, it remains unclear if the United States has ever actually flown or navigated within the territorial waters resulting in a response from Beijing. Tensions did escalate when a US warship did approach close to the islands but the matter was defused.


Of course, Philippines have taken the dispute to an arbitral tribunal in The Hague. The case was filed in 2013 in the Permanent Court of Arbitration, asserting its rights to exploit the 200 nautical mile Exclusive Economic Zone that extends from the archipelago into the South China Sea. They brought their claim under the United Nations Convention on Law of the Sea (UNCLOS).


China claimed that being issues of sovereignty, the tribunal had no jurisdiction. The Tribunal has held that it has jurisdiction over key issues in the dispute. This has put China in a bind. China has stated that the judgement was null and void and any future judgements would have no effect. It would be hard to imagine that China would completely ignore any future judgement.


International pressure to comply on any future judgement will be great. The United States has welcomed the decision and Germany has encouraged China to settle maritime claims in international courts. Well there is no cause for celebration as yet. The Tribunal has reserved judgement in seven of the 14 claims. It is an interesting case to watch and results may see others joining the fray. China does not give up easily and would resist any attempts to disturb its claims. The new deployment of the Surface to Air Missiles indicates Chinese assertiveness on the subject.


As the Chinese expand their presence in the South China Sea, the question is how would this maritime and territorial expansion expected to hit the Indian interests?


India’s Oil and Natural Gas Commission Videsh Limited (OVL) has been present in Vietnam for a reasonable period. They were involved in a major offshore oil and natural gas exploration in block 06.1, located 370 km South East of Vung Tau with an area of 955 sq km. The exploration license was acquired in 1988 and commercial production began in 2003. Later in 2006 OVL acquired two more blocks in the South China Sea for oil exploration. These were Blocks 127 and 128. Drilling in block 127 did not reveal any hydro carbons and OVL decided to return both these locations back to Vietnam. However Vietnam persuaded OVL to continue drilling in Block 128 despite opposition from the Chinese explicitly stating that the area of Block 128 was within Vietnamese waters.


On July 22, 2011, INS Airavat an Indian naval amphibious assault ship was on a friendly visit to Vietnam. The ship was repeatedly contacted at a distance of 45 nautical miles from the Vietnamese coast on an open radio channel by a vessel identifying itself as Chinese Navy which warned the Indian ship that she was entering Chinese waters. Indian Navy clarified that no ship or aircraft was visible from INS Airavat and the ship moved on without paying any heed to the cautionary warning. India’s position was clarified by our Defence Minister who stated that ships of the Indian Navy would continue to go to South China Sea for training and our merchant ships would undertake trade. Further India clearly stated that she supported freedom of navigation in international waters including the South China Sea.


The agreement signed between India and Vietnam was met with stiff opposition from China who claimed that no exploration could be undertaken in areas over which China has sovereign rights. The Government of India correctly responded by stating that while China had concerns but India was going by the agreement signed with Vietnam. The Chinese claim was rejected by both India and Vietnam. As per the UN the area of exploration belongs to Vietnam.


India has firmly stated that ONGC will continue to explore oil in the South China Sea. Further India has clarified that the entire Indian Ocean region stretching from East African coast to South China Sea remains crucial to its foreign trade, energy and national security. Vietnam has remained steadfast on the issue and in July 2012 the National Assembly of Vietnam passed a law demarcating Vietnamese sea borders to include the Paracel and Spratly islands.


The Vietnamese Prime Minister visited India in October 2014 and offered five additional oil blocks to India for exploration. India agreed to undertake exploration of two of these blocks. China has commented adversely on this aspect and Chinese press in September 2015 has advised India not to undertake drilling in the South China Sea. US President Barrack Obama visited India in January 2015. The joint statement signed between the US President and the Indian President mentions freedom of navigation in international waters. While it is nice to make statements there is a need for India to protect its assets in the event of Chinese aggressiveness.


Indian Navy and Indian Air Force need to modernise and operate closely with the Vietnamese forces to combat an adverse situation. There is a need for both countries to strategically cooperate against any adverse situations created by the Chinese. Modernisation of our Armed Forces to operate beyond the Straits of Malacca into the South China Sea is a necessity.