Commentary: The World Is Stuck With Persistent Stagnation 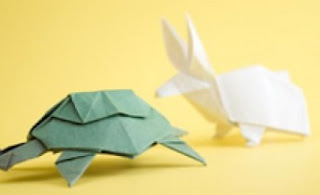 As Japan Inc. unraveled, Japanese policymakers resisted the restructuring and structural changes that might have spurred recovery. (Reuters Photo/
Concerns over global growth were at the top of the agenda for the just concluded G-20 meeting in Shanghai – and with good reason. Seven years after the Great Recession, the world economy continues to struggle. After a wrenching financial crisis morphed quickly into a severe downturn in the global business cycle, the subsequent recovery has been unusually weak, lacking the vigor that normally insulates the world from subsequent shocks. With a multitude of shocks continuing to batter today’s troubled world – from Islamic State and a European refugee crisis to a collapse in energy and other commodity markets – the probability of a relapse remains high. To a large extent, the world is mired in a Japanese-like secular stagnation.


The stage was set with a fractional increase of just 0.028 percent in world output, or GDP in 2009 – the weakest year in the global economy since the end of World War II. On the surface, that might not sound too disturbing – after all, the global economy didn’t actually shrink. But the world economy in the aggregate is more resilient than its individual pieces. Global recessions usually involve contractions in only about half the nations of the world’s 200 economies at any point in time. The others continue to grow – albeit often at more subdued rates. This global balancing act typically limits the downside of the business cycle. For example during the previous three full years of global recessions – 1982, 1991, and 2001 – world GDP still expanded, on average, by 1.9 percent. That means global recessions are not normally associated with outright contractions in world GDP. Students of global business cycles have long maintained that the world usually lapses into recession when global GDP growth pierces the 2 to 2.5 percent threshold. Relative to that standard, it’s not too hard to figure out why the 0.028 percent increase in 2009 is now known as the Great Recession.


Yet the economic situation is  even worse when compared with the normal cruising speed for the global economy. Prior to the Great Recession, over the 1980 to 2008 period, world GDP growth averaged 3.5 percent. Relative to that trend, the shortfall in 2009 and its subsequent anemic rebound is all the more distressing. Looking at the six-year global recovery in its entirety, by 2015, the world had recouped only about half the 3.5 percentage point shortfall from the trend that opened in 2009 – marking the deepest and most protracted shortfall on record for the modern global economy.


Japan’s stagnation –now known as its lost decades - emerged in the early 1990s. Over the 1992 to 2015 period, Japanese real GDP growth has averaged just 0.8 percent – a stunning collapse when compared with the 7.25 percent growth trajectory of the preceding 45 years. At work have been the protracted aftershocks of a wrenching balance sheet recession following the bursting of two massive asset bubbles – equities and property – that led to the implosion of a highly leveraged keiretsu system of banks and corporations.


As Japan Inc. unraveled, Japanese policymakers resisted the restructuring and structural changes that might have spurred recovery. And the economy slid down the slippery slope of a “liquidity trap” with zero interest rates and a massive overhang of debt. The purportedly Herculean efforts of Abenomics have not made a difference; real GDP growth has averaged just 0.7 percent over the 2013-15 period since the “three arrows” of Shinzo Abe were first fired, fractionally slower than the 0.8 percent trend in the preceding 21 years of Japan’s first two lost decades.


While no two economies are alike, telltale signs of the Japanese disease are evident in the United States and Europe. The American consumer felt the full force of a wrenching balance sheet recession during the Great Crisis of 2008-09. Consumer spending had been artificially inflated by the confluence of massive property and credit bubbles. When they burst, the overly indebted, savings-short household sector plunged into an unprecedented balance sheet recession followed by an anemic recovery. Over the eight-year period, 2008-15, growth in inflation-adjusted consumer expenditures has averaged just 1.5 percent – less than half the 3.6 percent pace of the preceding 12 years – as consumers opted for the balance sheet repair of deleveraging and saving over discretionary consumption. Like Japan, the United States now finds itself in a zero-interest rate liquidity trap with no easy exit.


And so it is for Europe, after its bubble-prone peripheral economies of Portugal, Ireland, Italy, Spain and Greece all imploded in the aftermath of the Great Crisis. Europe’s subsequent policy response – zero interest rates, quantitative easing and now negative policy rates – is a script right out of Japan’s playbook. And with worse results – average real GDP growth of just 0.1 percent in the euro area over 2008-15. Moreover, a lagging restructuring of the European banking sector is reminiscent of a similar phenomenon that afflicted the zombie banks of Japan.


With the major engines of the developed world sputtering, the rest of an interdependent world has been turned inside out. That’s especially true of the resource economies, both in the developed world like Australia and Canada, but also in the developing world – Russia, Venezuela and Brazil – and, of course, in the oil producers of the Middle East.  Steeped in denial, resource economies were counting on the commodity super-cycle to persist indefinitely – the opposite of what has since transpired.


At the same time, other export-led developing economies are also struggling to stay afloat. China has felt the full force of the malaise in the developed world with a stunning downturn in its once omnipotent export sector. After exports peaked at 36 percent of GDP in 2006 – a seven-fold increase from the 5 percent portion of 1978 – its export share plunged to 23 percent in 2014 and even lower last year. With China’s contribution to global economic growth more than twice that of the combined contribution of the so-called advanced economies over the past decade, China’s export-led slowdown has played a key role in the downshift of world economic growth.


As China’s major markets in the developed world continue to struggle, the imperatives of a consumer-led rebalancing of the Chinese economy loom all the more urgent. Just as the export-led Chinese growth miracle was the major beneficiary of globalization, a Japanese-like secular stagnation of global trade – with global exports flattening out at around 32 percent of world GDP since 2008 – requires China to shift its support from external to internal demand.


There is no quick fix for the globalization of secular stagnation. Japan is the template, and it’s well into its third lost decade. Yet there is still great denial elsewhere in the world over the main lessons of Japan. Policymakers and politicians – to say nothing of workers and their families – are paying a steep price for reckless economic management.


Only nations that face up to the heavy lifting of rebalancing and structural change will come out in better shape, with the wherewithal and resilience to withstand the inevitable pressures of the next crisis. For the United States, that means boosting its long-term saving; for Europe, the focus must be on banking reform and fiscal coordination; and for China, a more robust safety net is needed to covert excess saving into more active consumerism.  And in Japan, the petri dish of secular stagnation, the imperatives of productivity enhancement for a rapidly aging society have never been greater.


Meanwhile the global economy is like an airplane that has barely cleared the runway. It’s growing far too slowly for a self-sustaining recovery let alone to withstand the turbulence of a troubled world. A world that remains close to its stall speed, without addressing its chronic problems, is but a shock away from the next crisis.


Stephen S. Roach, a faculty member at Yale University and former chairman of Morgan Stanley Asia, is the author of "Unbalanced: The Codependency of America and China."