Indonesia Boycotting Israeli Products Makes Little Sense - it would be prudent for Jokowi to realize that Indonesia is not better placed than any other OIC nation to help bring about Palestinian independence. His call for a boycott may be sufficient for grand posturing and lip service to the cause, but it certainly doesn’t make great foreign policy sense 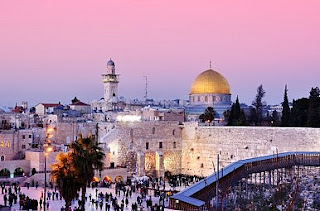 Indonesia Boycotting Israeli Products Makes Little Sense - it would be prudent for Jokowi to realize that Indonesia is not better placed than any other OIC nation to help bring about Palestinian independence. His call for a boycott may be sufficient for grand posturing and lip service to the cause, but it certainly doesn’t make great foreign policy sense


It has become apparent that the independence of Palestine is a favorite foreign policy theme with President Joko Widodo. In his closing speech of the recent extraordinary summit of the Organization of Islamic Cooperation (OIC), Jokowi made his latest foray into the issue by urging the international community to boycott goods produced “in or by the illegal Israeli settlements,” namely the West Bank, East Jerusalem, the Gaza Strip and much of the Golan Heights.


While the call is in line with the Boycott, Divestment and Sanctions (BDS) movement — initiated in 2005 by various Palestinian NGOs — it remains doubtful whether Indonesia can effect tangible results or credible leadership in the endeavor.


First of all BDS is not a new idea, with boycotts against Jewish businesses in Palestine occurring even before the establishment of Israel in 1948, stretching back as early as 1922. The method has recently been resurrected by civil societies across the world, and has increasingly gained support from notables such as physicist Stephen Hawking and other academics.


At best, Jokowi has merely jumped on the BDS bandwagon. Politically, it will no doubt pacify Indonesian Muslim constituents. However, it’s difficult to imagine the initiative will receive measurable popular support.


The average Indonesian consumer may profess sympathy for the Palestinian cause but not overly so that they would deny themselves much-needed goods. Some of the names denounced as “Zionist” are reputable producers of daily essentials such as processed foods and sanitation products, making the recommended boycott both untenable and inconvenient.


Indonesian society often puts great emphasis on conformity, and yet the collective instinct of the Indonesian public is no easy matter to coordinate. In the 1990s, President Suharto’s New Order attempted something similar when it mandated so-called P4 courses for all citizens in order to ingrain the state ideology Pancasila. It is true that most Indonesians in those days took the P4 courses but compliance remained superficial. In the end, P4 only became a parody of Pancasila.


More importantly, Indonesia is in no position to lead by example in the matter as we have no official trade with Israel. Official estimates put Israel’s exports to Indonesia at mere $15 million annually, with Indonesian exports to Israel at $30 million. It is possible the true figures may be higher as most Israeli products enter the country through third parties such as Singapore. However, it is obvious that even if Indonesia banned all Israeli products officially, it would not be sufficient to hurt Israel economically.


Worse still, most Arab states in the OIC have thriving trade with Israel, if only indirectly. In 2011, Bloomberg News ran a story about an Israeli company selling Internet surveillance equipment to Iran by shipping it to Denmark first, where it was repackaged to hide its country of origin. The same modus operandi is said to have been adopted by other Muslim-majority countries, including Indonesia. If so, any boycott of Israeli products by OIC nations could only amount to lip service.


In an academic paper for the Jewish Political Studies Review published in the Spring of 2005, Colin Rubenstein wrote that Suharto’s “New Order regime found it useful to conduct unoﬃcial dealings with Israel, most signiﬁcantly in the area of military hardware.” While it is difficult to ascertain the extent of this arrangement today, our military might still need Israeli equipment in one way or another, another possible complication that would also no doubt render any honest boycott impossible to be put into practice.


Jokowi’s unrealistic BDS call further confirms the idea that Indonesia’s foreign policy-making under his administration is mostly geared towards the domestic audience, with very little strategic consideration for the country’s long-term international standing. Admittedly, BDS may have some merit in the push for Palestinian independence by the government of any country possessing sizeable trade figures with Israel, but such is not the case with Indonesia.


At any rate, BDS has run into difficulties in most Western nations with which Israel extensively conducts business and trade. US President Barack Obama recently signed a bill into action, making boycotts against the state of Israel illegal in the US, even though it excludes “Israel-occupied territories.”


Even in liberal-controlled Canada under one of the most progressive leaders in power today, Prime Minister Justin Trudeau, BDS has not gained much political traction. In late February this year, Canada’s House of Commons passed a motion by an overwhelming margin of 229-51 votes rejecting the BDS movement as anti-Semitic and contrary to Canadian interests, a sentiment also reflected in French laws on the issue.


Presidential campaign promise aside, it would be prudent for Jokowi to realize that Indonesia is not better placed than any other OIC nation to help bring about Palestinian independence. His call for a boycott may be sufficient for grand posturing and lip service to the cause, but it certainly doesn’t make great foreign policy sense.


Johannes Nugroho is a writer from Surabaya