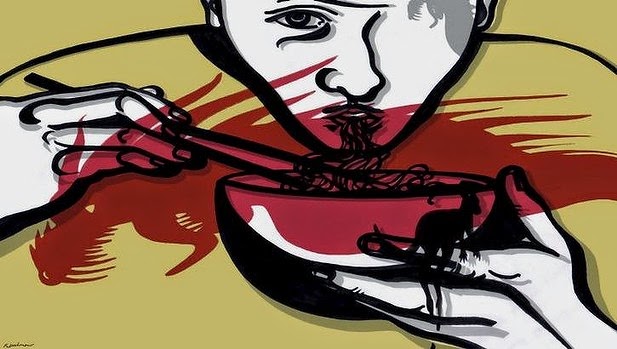 What happened to the Asian Century?


Whatever happened to the Asian Century? You'd think it was already over given the way it's vanished from our public discussion. It's two years since Julia Gillard launched the Asian Century White Paper with great fanfare. The Abbott Government has since toned down the Asian Century rhetoric but the opportunities and risks highlighted by the white paper are just as prescient. It forecast that "almost all our economy and society" will be affected by the momentous changes taking place to our north and warned "a whole-of-Australia effort" was needed to deal with a social and economic transformation as "profound as any that have defined Australia throughout our history."


When I returned home from a three-year stint as Fairfax's India correspondent, shortly before the white paper's release, I was struck by how ill-prepared Australia seemed to be for the economic and political emergence of Asia's giants. 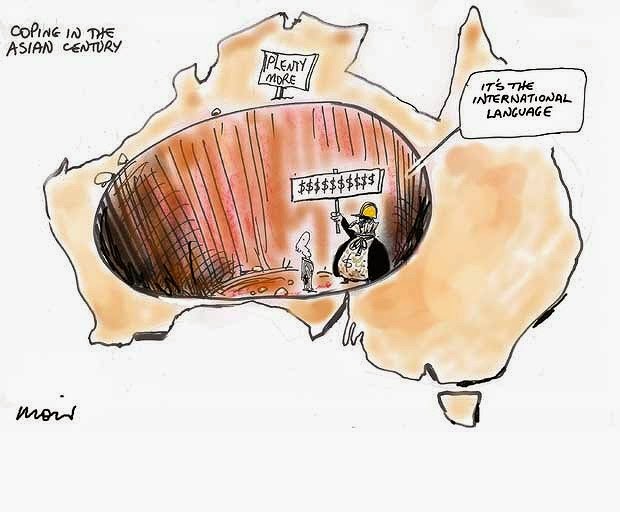 There was a one dimensional storyline about Asia that focussed almost entirely on trade opportunities that would flow our way as the region's cashed-up middle-class grew over the next couple of decades. There was little discussion about how hard it will be to effectively sell our goods and services into those complex, fast-changing markets. While trade with Asian countries has ballooned, and we're taking more holidays in the region, this has not translated into widespread curiosity to learn about the cultures and societies of Asia. Even though our economic future depends on Asia, our knowledge of its many cultures is surprisingly limited.


Nor did there seem to be much discussion about how Asia's well-educated middle class workers will compete with Australian workers. Visit any one of India's many IT hubs and it's clear that many more jobs in big industries including finance, information technology, design, administration and professional, scientific and technical services could be outsourced in future.


I assumed the white paper's high profile release showed Australia was finally engaging with the implications of economic change in Asia in a more sophisticated way. While the report is far from perfect, its central message is important: Australia is well placed for the Asian Century so long as we make some difficult preparations. It calls for a better educated, Asia-savvy workforce and stresses the importance of nurturing innovation. Despite these timely suggestions it's been pretty much business as usual. The rapid disappearance of debate about our response to the Asian Century reeks of complacency.


If Australia is to flourish in the Asian Century we're going to have to be bold and inventive. But some of our top economists think Australia is showing signs of being too risk averse. In March the Reserve Bank's Deputy Governor, Philip Lowe, drew attention to what he sees as a "subtle, but important" change in the way we think about risk and innovation. "Our preferences appear to have shifted in such a way that we increasingly focus on risk mitigation and risk control," he said.


Examples of our collective risk aversion are everywhere – from the many financial products on the market, to the design of children's playgrounds and even the vast amount spent to reduce the probability of blackouts. Limiting risk isn't a bad thing of course – the capacity to do it is one of the benefits of living in a wealthy, high-productivity economy. But Lowe thinks we are playing it too safe. "People need to be able to take risk, they need to be able to be rewarded for risk and we need to innovate to find new ways of doing things better," he told a Parliamentary Committee last month. "I think it is about somehow enlivening the entrepreneurial, risk-taking and innovation culture so that we can be the type of country that has high value-added, high wages and high productivity. I think culture is important here."


The Nobel prize-winning economist, Edmund Phelps, has drawn attention to the need for a culture of "economic dynamism" in modern societies. He believes recent trends at work in western cultures have stifled the desire and incentives to be inventive. "Economies today lack the spirit of innovation," Phelps wrote in an article for project-syndicate.org last month.


The risk-aversion that has crept into Australia's culture threatens to sap the economic dynamism that will be vital to our prosperity in the decades ahead. One response to rising competition from developing countries like China and India is to boost the number of students pursuing degrees in science, engineering, information technology and mathematics. But Phelps warns that's not enough – modern economies also require workers deeply immersed in literature, philosophy and history. Studying the humanities "will do more than provide young people with a set of narrow skills; it will shape their perceptions, ambitions, and capabilities in new and invigorating ways."


While technical expertise will be important, Australia also needs those who can think imaginatively and come up with creative solutions to complex challenges. Most of all, we'll need a culture that encourages people to have a go.


We're not going to thrive in the Asian Century by being complacent and risk averse.
Matt Wade is a Fairfax economics writer.