Book Review "The Golden Raub" the life of William Bibby and his pivotal role in the mining of gold in the previously undeveloped area of Raub in Malaya. 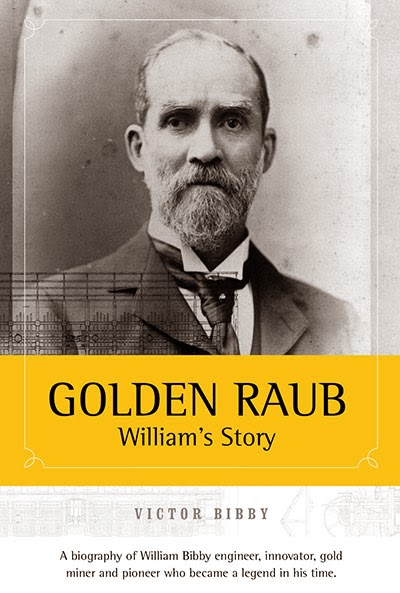 Researching family history provides an opportunity to delve into the past, to gain an understanding of the social and historical life-forces pulsing through the branches of our own family tree, and perhaps to untangle the motivations for decisions taken which ultimately influence our own lives. Clues may be abundant or nonexistent, anecdotal or documented, factual or fanciful but with access to information increasingly available it has become a popular pastime to compile a family history.  Victor Bibby, author of Golden Raub, has taken a scholarly approach to researching the fascinating and well-documented life story of his paternal great-grandfather, William Bibby, as he followed the lure of gold in the late nineteenth century from Victoria through to Queensland and ultimately to Malaya.

Using contemporaneous documents from Australia, Singapore and (at the time) Malaya, the author has meticulously examined primary sources with the rigour of a historian and the precision of an engineer to piece together a narrative of the life of William Bibby and his pivotal role in the mining of gold in the previously undeveloped area of Raub in Malaya.

Bibby's gold mining experience and management expertise gained from tough times in Australia combined with his indomitable spirit provided the impetus to pioneer gold mining on an industrial scale in Raub and associate this name with a golden sheen.

The author also pieces together the parallel Bibby family situation in Victoria where William's wife Ellen Bibby maintains stability during his long absences.  These earlier days are contrasted with glittering glimpses of the social status Bibby's family enjoyed later in Singapore, detailing attendance at balls to honor Queen Victoria, moving in elite circles, mixing with sultans and highlighting the adventurous spirit of the Misses Bibby in their travels around Malaya. Also examined are the hardships endured by Bibby resulting from local rebellion, natural disaster and disease, and death of loved ones to name but a few challenges faced. Bibby seems to have gained respect locally through his judicious and profitable management of the mine yet struggled to convince the Board back in Brisbane of changes which needed to be made to improve productivity and performance.

Golden Raub is a fascinating account of the role a larger-than-life Liverpool-born adventurer, traveller, miner and engineer played in the development and management of gold mines in Australia and Malaya, skillfully assembled from a wealth of documents by an equally diligent and energetic descendant and author, Victor Bibby. With the addition of maps, photographs, diagrams, technical information, Raub shareholder documents, newspaper accounts and numerous sources relating to Bibby's pioneering efforts in an intriguing era long past, Golden Raub will interest readers fascinated by the pioneering history of Australia and Malaya, and will appeal particularly to readers interested in family history.