The Questionable Trajectory of Asia’s Rise 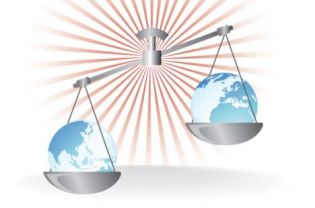 Is it possible that the trajectory of Asia’s rise may not be as steep as prophesied?

This is a valid question, considering the recent news of both China’s and India’s economic slowdown. In fact, there are ample reasons to question the long-term economic course of Asia’s most populated countries.

Two separate yet inter-linked factors should guide any discussion on the rise of Asia.
First, there are three Asias with greatly varying degrees of economic development: 1) the populous and fast growing China, India, and Indonesia; 2) the slower developing southeast Asia; and 3) the industrialized and developed east Asia of Japan, Korea and Taiwan.

Second, Asia’s rise will not be judged by the speed of economic growth but rather by the inclusiveness of growth and the level of inequality in its societies. Historically, these factors have been more balanced in the east Asian countries.

The essential factors of long-term economic development make the difference and they do not come overnight. The capacity to innovate requires enduring national planning, targeted pooling of national resources and cooperation between the public and private sectors.

Historically, economic growth in developed western economies, and in the three east Asian economies, has been supported by dependable institutional foundations. Stable political systems, regulation, rule of law, and crucial protection of intellectual property have provided a favourable environment in which businesses innovate, grow and prosper. In China, India, and Indonesia, these crucial elements of governance continue to evolve.

Presently, the demographics favour these countries. But the structural reforms needed to sustain high economic growth may prove difficult to achieve. The leap from low to middle income economy and beyond requires more than export-led growth that is based on low-skilled manufacturing and commodities trade.

State capitalism has worked well for China as the state-led banking sector has provided the necessary support for economic growth. Yet income inequality and corruption continue to worsen. Old-fashioned patronage and guanxi – the essential “connections” for doing business in China – are becoming counter productive in the face of growing wealth among a privileged few.

In India, a polarized political system and notoriously ineffective and corrupt bureaucracy provide little confidence. One result is the country’s inability to provide the majority of its citizens with the most basic of human needs. To this day, half a billion Indians live without access to clean water or electricity. As the OECD’s 2011 report on inequality indicates, income inequality has only worsened in India over the past 20 years.

In Indonesia, democratization has failed to break the layer of old elites that today control 40 per cent of the country’s natural resources and wealth. This combined with strong nationalist and protectionist sentiment puts a brake on the country’s political and economic development. The emergence of a sizeable, well-educated and skilled middle class is not guaranteed. Worryingly, Indonesia’s educational system is ill-equipped to transform the country’s labour force from low-skilled to high-skilled. Indonesia ranks in the bottom 10 per cent in every category of the OECD’s Program for International Student Assessment (PISA) rankings.

The promise of the “Asian century” rests on the troika of China, India, and Indonesia. They form the core of Asia’s economic potential. The extent to which they are able to enact structural reform will define the region’s future.

Problems of questionable governance, corruption, education and demographics will not be solved by economic growth alone. Their resolution requires a ‘social contract’, a tool for national cohesion that will pull all national resources towards a common goal of building thriving, modern Asian societies.

In societies where the old patronage style of governance and cumbersome bureaucracy are in control, such a ‘social contract’ may be too much to hope for. The Financial Times By Mika Purra of StraitsGlobal.The writer manages StraitsGlobal, a risk management advisory firm in Singapore. He was previously a research fellow at the Lee Kuan Yew
School of Public Policy.
Posted by Kerry B. Collison at 3:57 PM