Another Air Asia NEAR Disaster

The Australian Civil Aviation Safety Authority has confirmed the Kuala Lumpur-based budget airline has been subject to increased checks since the captain inadvertently entered the wrong longitude in the flight navigation system in March. 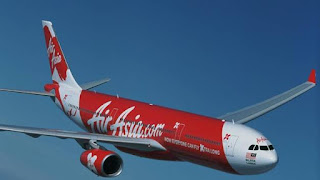 The error, outlined in an Australian Transport Safety Bureau report published last week, placed the Kuala Lumpur-bound plane 11,000km away from its actual location, prompting it to turn the wrong way after taking off and cross the departure path of an adjacent parallel runway.


The crew did not detect the navigation problem until the plane was airborne.


The plane was not fitted with an upgraded flight management system that would have prevented the data-entry error.


Their attempts to fix the problem made matters worse by affecting key flight guidance and control systems.
Posted by Kerry B. Collison at 4:29 PM