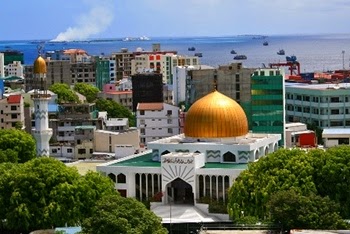 Police in the Maldives have arrested former president Mohamed Nasheed under an anti-terror law for the alleged illegal detention of a criminal court judge when he was in power more than three years ago.


Nasheed, the country's first democratically elected president who now leads the main opposition party, was taken into custody in the capital island of Male.


As he was being taken to the nearby Dhoonidhoo prison islet, hundreds of his supporters clashed with police who used pepper spray to keep them at bay.


Nasheed came to power in 2008 and stepped down four years later following a police and military mutiny.


An arrest warrant for Nasheed described him as a flight risk. 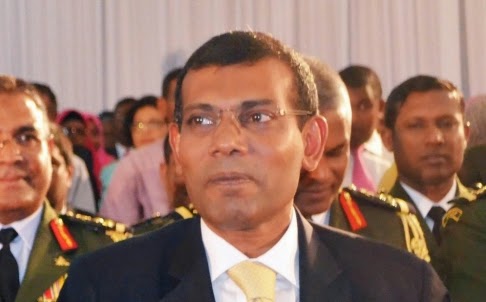 Last week, the state prosecutor dropped the charges of abuse of power against Nasheed for allegedly ordering the arrest of the then-criminal court chief judge Abdullah Mohamed in January 2012.


However, he was charged again yesterday under tougher anti-terrorism laws with the same allegation - ordering the arrest and detention of Abdullah Mohamed, who had been accused of corruption.


Government minister Mohamed Shareef said Nasheed was arrested because the court thought that he may not honour a summons to stand trial. Shareef said the anti-terrorism laws cover not only acts or planned acts of violence, but a wide range of "acts against the state".


Nasheed's office accused the government of "re-prosecuting ... under trumped-up charges of terrorism".


"There is little hope President Nasheed can be afforded anything approaching a fair trial," it said in a statement.


Nasheed's Maldivian Democratic Party urged the international community to press the government of President Abdulla Yameen to order his release.


The local Minivan news website said four others - including the current Defence Minister Moosa Ali Jaleel, who in 2012 was chief of defence forces under Nasheed - also faced terrorism charges along with the opposition leader.


The case is due to be heard today, Minivan said.


In February 2013 Nasheed took refuge at the Indian High Commission in Male to avoid being arrested in connection with the same case.


Nasheed was a pro-democracy campaigner during Maumoon Abdul Gayyoom's 1978-2008 rule and was arrested a number of times for his activism. He defeated Gayyoom in the country's first multiparty election in 2008.


But Nasheed lost the controversial November 2013 presidential election to Yameen, the half-brother of Maumoon.


This article appeared in the South China Morning Post
Posted by Kerry B. Collison at 2:11 PM