Balancing rivalry and perspectives in the Asia Pacific 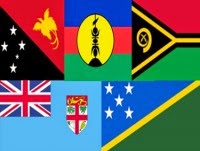 China or the US? One is Australia’s largest trading partner, the other its traditional security ally. But what happens if Australia is forced to choose between them — will economics or history win out?


Malcolm Fraser, the former Australian prime minister (1975–83), wants Australia to end its security dependency on the United States and resume its sovereign ability to decide what wars it will follow the US into.


Fraser makes a good case. Washington often uses gut instinct rather than national interests reasoned from history, geography and strategy. Many allies have abandoned its wars without end in the Persian Gulf. Australia, whose prosperity is heavily based on exporting raw materials to China, is inclined to view China as a customer rather than an adversary. 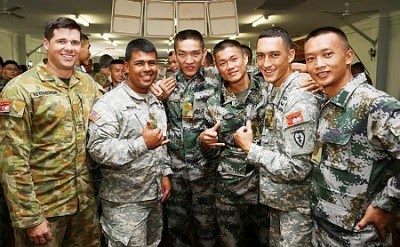 Australia — with US bases on its soil, however small — is now part of a US ‘pivot’ to Asia, a pivot interrupted by pivots back to Europe and the Persian Gulf. Multiple pivots suggest a failure to prioritise. Many American strategists demand US ‘naval counterbalancing’ in the South and East China Seas. The thinking goes that Australia will be a loyal junior partner. An assumption Fraser would contest.


Yet, since the fall of Singapore to Japan during the Second World War, Australia has long been dependent on US military primacy in the Western Pacific to guarantee its security. This is hard to sustain because it locks in unbalanced roles and responsibilities. A similar problem exists within NATO.


Fellow Australian Hugh White speaks to Fraser’s concerns in his excellent book The China Choice: Why We Should Share Power. He sees three paths for US policy.  One would be to try to retain ‘primacy’ in the Western Pacific, which he deems infeasible, unnecessary, and sure to spark confrontation.  Another would be to withdraw from the region, leaving it to a Chinese hegemony opposed by other regional states, including Australia. Contrary to Fraser, White argues that the US has been a good regional stabiliser whose absence could lead to dangerous instability.


White’s preference is for the US to share primacy with China in a regional Concert of Asia. But a nationalistic and self-righteous China is at the moment unwilling to share much, certainly not the China Seas.


Colby follows the international relations theorist John J. Mearsheimer, who sees Chinese hegemony-seeking as example of his theory that major powers strive to dominate their regions to the exclusion of other great powers. With China, the case grows stronger by the year. Beijing reinforces its maritime claims in what the Pentagon calls ‘anti-access/area denial’. Others see a ‘neo-tributary system’, harkening back to China’s centuries-long primacy of ‘all under heaven’ view of East Asia. America did much the same in the 19th century in brilliantly establishing US hegemony in the western hemisphere, the only case Mearsheimer finds of total success.


Colby also follows Mearsheimer in positing China’s growing economy as directly feeding its military power in a one-to-one fashion. The People’s Liberation Army (PLA) is rapidly modernising, especially its navy. Chinese shore-to-ship missiles compel the US Navy to stand well away. Colby argues that if conventional weapons on both sides give no advantage, thoughts of nuclear weapons emerge through the region. China and North Korea both have nuclear arms, so America must not preclude this option. Some South Korean and Japanese defence thinkers want their own bombs. Colby does not favour this but cautions that we must start planning for it.


Where Fraser has an edge is that he pays attention to national interests. Colby, like Mearsheimer, does not. Both simply assume that Chinese hegemony-seeking must be opposed by the US. The long-term failure to define clear US national interests in the Western Pacific undermines policy, leaving it vague, open-ended and vulnerable to mistaken engagements.


Mearsheimer could counter that the only national interest is survival, achieved by regional dominance and making sure no other power gains the equivalent elsewhere. Specific issues, such as fishing and mineral rights and open sea lanes, are public-relations talking points that mask the real problem: Chinese dominance of Asia. This does help explain why Washington has not articulated any specific US interests in the South China Sea. There aren’t any. There is just the mega-interest of opposing Chinese power, a case which so far Washington has not made, either because it is dubious or because the public is not moved by arid abstractions such as ‘regional hegemony’.


Both Mearsheimer and Colby agree that China’s population, geography, economy, and military power automatically make it East Asia’s dominant power. Therefore, they reason, we must counter it. But how does one stop powerful and natural forces?


Missing from both Fraser’s and Colby’s analyses is a role for diplomacy that would define reasonable and feasible national interests to enable major powers to compromise and avoid conflict. Only White does that. China will be hard enough to deal with for decades; let’s not make matters worse.


Michael G. Roskin is a retired political scientist. He taught as a Fulbright lecturer at the University of Macau.