Indian 'don' Ravi Pujari may be running racket from Australia 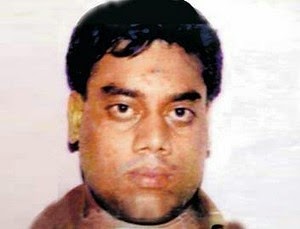 Fugitive Indian gangster Ravi Pujari, known as “the Hindu Don”, is believed to be running a murderous extortion racket from a secret hideout in Australia.In a series of threatening phone calls to several high profile legal, Bollywood and business identities, the 46-year-old Mumbai-born Pujari has stated that he is living in Australia.


The latest figure to receive a phone call from Pujari was Mumbai entrepreneur and textile magnate Nusli Wadia, whose son Ness Wadia recently went through a public and acrimonious break-up with his girlfriend, Bollywood actress Preity Zinta.


According to a police complaint lodged by Nusli Wadia, his personal secretary received a phone call on Wednesday from a man claiming to be Pujari.


When told that Nusli was out of the country, the caller left a message saying that “we are all from underworld. Preity Zinta should not be harassed or else ... ''


According to Mumbai police officer Vinayak Deshmukh, the man said he was calling from Australia.


An hour later Mr Nusli’s secretary received an SMS that said: “Give message to Wadia, don't f--- around with Preity Zinta or else I will f--- whole of your business. Don Ravi Pujari.”


Wanted on charges including murder, conspiracy to commit murder, and illegal possession of firearms, Pujari rose through the ranks of Mumbai’s notorious underworld in the 1990s by targeting the construction and hospitality industries.


Fluent in English, Hindi and and other local languages, Pujari is believed to have cemented his reputation by assassinating a rival gangster named Bala Zalte, and by ordering the killing of a construction executive Om Prakash Kukreja.


Pujari, who is believed to be carrying a forged Australian passport, has managed to evade Indian police since the late 1990s when he fled to Dubai.


“The inquiry is ongoing, and I cannot give away too many details of the investigation, but we are treating this possibility very seriously,”  Dr Patil said. “This man is a very dangerous gangster, he is one of the most wanted men in India, he is believed to responsible for many crimes including extortion and murder.”


High profile Delhi-based lawyer M.S. Khan, who has represented some of India’s most  infamous terrorists including the so-called “Indian Osama Bin Laden” Yasin Bhatkal, said on January 16, he received a call on his mobile phone from someone who identified himself as the “underworld Don Ravi Pujari” and who said “he was calling from Australia”.


After reminding Mr Khan of two lawyers who had recently been gunned down in Bangalore and Mumbai, the caller warned Mr Khan that unless he stopped defending Bhatkil, his own life would be in danger.


Later that evening, Mr Khan received an SMS that said: “I am going to kill one of ur family members. Don Ravi Pujari”.


Another SMS signed “underworld don ravi pujari” stated that he didn’t want Mr Khan to take part “in any more terrorist activities” and demanded that he tell the media he was dropping Bhatkil’s case because he "loved his family”.


Mr Khan, who has three children, refused, mocking Pujari with an SMS of his own that said: “Mr Pujari, My children deserve to know ... Why would you kill them. You can call me after 7pm on any day and can speak to them.”


Several months later, Mr Khan said he arrived home late one night after a party and was greeted by armed men waiting on his doorstep who repeated the warning that he should drop the Bhatkil case.


“Am I afraid of him?” said Mr Khan, with a roar of infectious laughter. “No, because if I let myself be intimidated by this man then I become a prostitute.”


Mr Khan did vow, however, that if the Indian government ever authorised it, he would like to “go down to Australia and shoot this bloody bastard”.


Veteran Mumbai crime reporter S. Balakrishnan, who has also received several phone calls from Pujari, said Pujari’s claim to be in Australia had to be taken seriously.


“It’s quite possible. We know that gangsters like him have made investments in Australia and launched various kinds of scams from Australia, so you have to think it’s possible that he really is where he says he is.”


Balakrishnan said that Pujari had made a serious mistake in threatening the textile magnate Nusli Wadia who had deep connections with the party of new Prime Minister Narendra Modi.
“He’s bitten off more than he can chew this time,” Balakrishnan said. “The police are really going to come after him now.”

Read more: http://www.smh.com.au/world/indian-don-ravi-pujari-may-be-running-racket-from-australia-police-say-20140620-zsgbe.html#ixzz35DetBngS
Posted by Kerry B. Collison at 3:03 PM