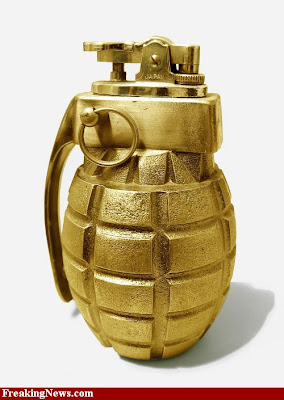 The day after a Chinese man set off bombs in local government buildings and killed himself, Chinese internet users said they understand his frustration – and his actions. Chinese websites and microblogs boiled over on Friday with messages of sympathy and support for a man who killed himself and two others in a bomb attack on local government buildings in southern China Thursday, also wounding 10 bystanders.
Qian Mingqi, who spent a decade unsuccessfully attempting to win legal redress for what he said was the illegal demolition of his home, set off three bombs in three government offices in Fuzhou, Jiangxi province. In a post that was sent on a Chinese microblog similar to Twitter just before his attack, he said he wanted “to use action to remove evil-doers for the people.”

The flood of supportive comments online since his death is a sign of widespread public frustration at the government's disdain for ordinary citizens. Most of the comments have treated his action as righteous vengeance, rather than a terrorist attack.

The cost of urbanization

As China urbanizes at breakneck speed and the demand for land grows, local authorities across the country have often resorted to violence to force farmers off their land or residents from their homes, generally paying them a pittance while profiting handsomely from developing the confiscated land. Those abuses have drawn increasing public attention in recent years, but courts generally follow the wishes of the local government and rarely intervene.

Qian left a trail of posts online which explained his futile efforts, through lawsuits and petitions to the government, to win compensation for his property and home, which he said had been illegally knocked down by the authorities. The website of the government-owned China Business News Daily reported that Qian had been forced to move from his home in 1995 to make way for a road. In 2001, when the local government drove another highway

through his property, he was evicted from a new house he had built. The local court refused to hear a lawsuit he brought against the Fuzhou government.
“Ten years of fruitlessly trying to seek redress have forced me to take a path I did not wish to take”, Qian wrote on his profile on Sina Weibo, China’s most popular microblog site.

The need for a public outlet

Messages of condolence over the past 36 hours have hailed his action. “Warrior, rest in peace,” read one. “How brave you are to do such things. I hope you win justice,” said another. On Friday evening, Qian's Sina Weibo account was cancelled, a sign of official nervousness about the support he has received online.

This is not the first time that the Fuzhou government’s development drive has proved fatal. Last September, three residents set themselves on fire as police entered their home, which was slated for destruction. One of them died. Nor is it the first time that public opinion has sided with someone who has used deadly violence against the authorities. Three years ago, a young man who was falsely accused of bicycle theft stabbed six policemen to death in Shanghai after being beaten up in a police cell. He won widespread sympathy. The Christian Science Monitor
Posted by Kerry B. Collison at 2:25 PM