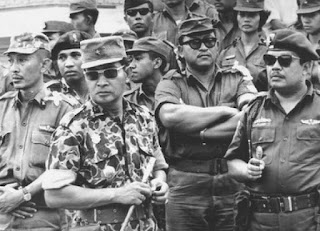 On September 16, the US Central Intelligence Agency released what historians and conspiracy theorists have long been waiting for – the agency’s top secret Presidential daily briefings covering the administrations of John F. Kennedy and Lyndon B. Johnson – almost the entire decade of the 1960s, the tumultuous period that included the growth of the American presence in Vietnam from a handful of advisors to more than 500,000 combat troops as well as a flock of other conflicts as the United States and the Communist bloc squared off at each other.


Many of those stories have been told – in the Pentagon Papers on Vietnam, for instance. But one of the things that has been awaited for decades is the depth of the American presence in Indonesia, which culminated in the so-called September 30 movement, when figures allied with the Communists supposedly sought to take over the government of President Sukarno by killing a handful of generals and ended up eventually being murdered by the thousands. In Indonesia, the event has been turned into a national passion play featuring the martyred generals, the evil Communists and the eventual Savior, then-Lt. General Suharto, who went on to rule the country for 30 years. The murderous anti-communist purges, mainly directed against Chinese Indonesians, that followed the “coup” attempt still are rarely discussed publicly. 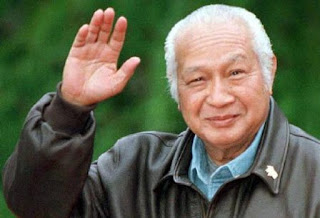 (Note from Kerry.
I arrived in Indonesia posted to the Australian Embassy just after Bapak Suharto mengguling Soekarno. Indonesian then was a 'basket case' and the rakyat came to enjoy great progess under the New Order, albeit with vested interests rising quickly to the top in wealth and power however, no one can deny that Indonesia is a much better place because of the Suharto Era}


Advance notice of the release of the documents caused some concern in US quarters in Jakarta because of the possibility that embarrassing revelations could blight the planned October trip of President Joko Widodo to the United States to meet President Barack Obama. Joko’s patron, Megawati Sukarnoputri, is a daughter of Sukarno and jealously guards his legacy as the country’s founding leader.


In 1990, for instance, the Washington Post reported that Robert J. Martens, a former member of the US Embassy’s political section, said he had given the military detailed lists of Indonesian Communist Party (PKI) leaders including the names of thousands of provincial, city and other members of local mass organizations that ended up in the hands of death squads. Hundreds of thousands of people eventually died in nationwide revenge purges directed by the military and Muslim religious organizations.


But there is little in the files to confirm that, or to add credence to long-standing rumors that it was Suharto and other rightists who may have fomented the alleged coup attempt and blamed the Communists for it. Despite the CIA’s contention that it was releasing extremely sensitive information, there are large areas in the documents that are blocked out.


Indonesian suspicions of US intentions have substantial basis. As early as 1958, the CIA’s supposedly secret air force, Civil Air Transport, was already operating in Indonesia, flying missions in twin-engine B-26 light bombers from a base in North Sulawesi, attempting to support rebels trying to bring down the charismatic Sukarno, a major figure in the non-aligned movement whose government was loosely allied with the PKI, then the second largest Communist party in the world.


That CIA effort ended when a B-26 flown by an American named Allen Pope was shot down on a bombing and strafing run, and Pope was captured. The CIA aborted the mission. By the end of 1958, the Indonesian military invaded the CIA-backed strongholds in Sumatra and defeated the rebels. That was the end of that.


What about the lists?


While the documents don’t speak to the suspicion that the CIA gave lists of Sukarno’s allies to the army with orders to eliminate them, the release does provide a useful look at what was going on on a daily basis as the bloodletting unfolded – although strangely enough, there is no mention, during the crucial two months of October and November, of the thousands of people being murdered.


In August 1965, as tensions rose, it was clear that Sukarno had little sympathy for the Americans. The CIA reported that the Indonesian army was training officers and men from the Laotian neutralist government as well as Tanzanian soldiers, “hoping to enlist them in Sukarno’s struggle against the west.”


US consulates in Surabaya and Medan were under almost constant pressure, with a mob of 2,500 leftists blocking all entries to the US consulate in Surabaya on September 2. The CIA called the action “probably the opening phase of the expected left-wing campaign to force the consulate’s closure.”


Action against the Americans, the CIA charged, was orchestrated by Foreign Minister Subandrio, who would be cashiered by the military under Suharto once it gained the upper hand and was imprisoned for 29 years, finally being freed in 1995.


From the documents, the US embassy appears largely to be a spectator as the drama unfolded, although Indonesia, then as now, was seen as strategically important.


“The power play against anti-communist army leaders this morning has been followed by a countercoup attempt,” the CIA said on October 1. “The situation is thoroughly confused and the outcome is very much in doubt. Sukarno’s role if any in today’s activities is still one of the major unanswered questions. Both sides claim they are loyal to the President and both say they are protecting him. [blank section] Six generals including army commander Yani were apparently kidnaped by the original plotters. At least two of these officers are said to have been killed and others, including Yani and Defense Minister Nasution, were wounded.”


Suharto made his first appearance on October 2, leading the countercoup a few hours later, taking over Jakarta radio. At that point the section is blanked out. As the month unfolded, it started to come clear that Suharto was growing in power. He won over the army’s largest division, the navy, marines and police to his side although the air force continued to support the original plotters.


On October 5, the CIA said, “Events are moving closer to a showdown between the Indonesian Army and the Communists, but the ability of army leaders to continue pressing the issue remains in doubt in the face of Sukarno’s efforts to hold them back [blanked out].”


By mid-October, “The Communist party, for its part, appears to be going underground. Some Communists have expressed complete loss of hope unless Sukarno uses his political magic to salvage the party. Sukarno himself continues his efforts to reassert his authority and seems intent on restoring the former political alignment.”


The army clearly had become a force looking for vengeance. “From all indications, the army’s leadership still very much wants to have it out with the Communists and is becoming more wary of Sukarno himself. [blanked out] defense minister general Nasution, the most prominent member of the ‘brain trust’ to escape assassination, appeared in public yesterday and may now be playing a more active part in army political strategy. Nasution did not attend today’s cabinet meeting.”


Confusion on the ground


On October 7, the CIA reported, “both Sukarno and deputy prime minister Subandrio are attempting to blame the CIA for the 30 September affair. Subandrio, in addition, alluded to the recent communist party statement that it was not involved in the plot. The army wanted to suppress the statement. Subandrio may well have been the party’s channel for surfacing it.”


After a week, “The army remains firmly in the saddle and by all appearances is determined to suppress the Communists. Most of the Communists have gone underground, and the army realizes it has so far scarcely scratched the surface of the well-entrenched and apparently well-armed Communist apparatus. Sweeps to round up hidden arms are continuing. They have turned up numbers of weapons in the past few days [blanked out].”


By October 14, “There are now two governments in Indonesia. One is headed by Sukarno and the other by the generals. The generals do not control Sukarno but neither are they under his control. In fact, the two elements seem to need one another, if only to avoid an all-out civil war…”


By mid-October, General Sukendro, the only survivor of the army brain trust after the September 30 murders, told an American official that “the big question is whether the army can continue to batter the Communists in the face of Sukarno’s objections.” The situation began to turn ominous when a university controlled by local Chinese residents was attacked by a mob and destroyed. “Although the university was pro-Peking, the attack seems to have been as much anti-Chinese as anti-Communist.”


On October 29, “US officials have concluded that because of Communist militancy a new period of violence is likely. They feel, however, that the balance is on the army side and there is a real chance for an effective move back from the verge of full Communist control.”


The man who would emerge as the head of the country made his first full appearance on November 4. “Army chief of staff Suharto is assuming an increasingly important role in national affairs. A military source has told the embassy that Suharto, not defense minister Nasution, is giving the day to day orders and is dealing directly with Sukarno. The embassy believes that Suharto may emerge eventually as the Indonesian ‘strong man.’”


By November 16, it was clear that the army was now fully in charge. “Sukarno has given in to army pressure and authorized a purge in the government. This came out in the form of a presidential order today calling for the ouster of all government personnel involved in the 30 September movement… This latest move represents a considerable psychological gain for the military leaders. While they already had been engaged in a cleanup of the government, this is the first time that they were able to get Sukarno’s formal approval.”


By December 4, the Chinese government was “said to have cut off credits and pulled out of several projects.” The PKI was soon outlawed, the massacres were underway.


The country would spend the next half century fully in the US camp.
Posted by Kerry B. Collison at 3:14 PM