Coming Soon: Russian Su-35s to Pakistan and American F-35s to India?-Russia seems to be eager to antagonize both friend and foe alike these days.

Russia seems to be eager to antagonize both friend and foe alike these days. 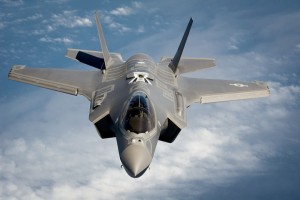 In a move that seems to be completely inexplicable, Russia is apparently negotiating to sell Pakistan advanced Sukhoi Su-35 Flanker-E fighters along with Mi-35 Hind-E attack helicopters. Perhaps more amazingly, the Russians don’t seem to grasp that their Indian allies are likely to react extremely negatively at the prospect of such a deal.


“I do not think that the contracts under discussion will cause jealousy on the part of any of the two sides,” Russian deputy foreign minister Sergei Ryabkov told state-owned Russian media outlet Sputnik on Sept. 9.


Despite the fact that the two South Asian nations share linguistic, cultural, geographic and economic links—and are part of the same civilization—they have fought three full-scale wars over the past several decades. At the best of times, their relationship has been fraught with hostility and suspicion—and that probably won’t improve until the generation that lived through the 1947 partition of India passes on. As Australian defense analyst Brian Cloughley told Defense News: “The Indians would be extremely upset, to the point of a major diplomatic rift.”


An Edge for Pakistan?


Acquisition of the Su-35 would probably give Pakistan a marginal edge in terms of capability over India’s two-seat Su-30MKI if it is bought in numbers, but the newer Flanker model only offers modest improvements over its predecessor. Most of those could likely be retrofitted to the Indian Air Force (IAF) Flanker fleet. In fact, there are indications that Russia and India are discussing modernizing the IAF Su-30 fleet.


How Would India Respond?


However, Russia’s move to supply India’s archenemy with advanced weapons could lead to the nascent South Asian giant turning further towards the United States and Europe. Indian prime minister Narendra Modi has already signaled his intention to purchase 36 Dassault Rafale multirole fighters off-the-shelf from France after the cancellation of the long-running Medium Multi-Role Combat Aircraft (MMRCA) debacle. And there are some signs that a deal could be imminent.


If Russia starts to sell weapons to Pakistan, that could mean that France and the Eurofighter consortium will be in a far better position for when India inevitably issues another tender to replace its dwindling and increasingly decrepit fleet of antiquated Soviet-built MiG-21s and MiG-23s. Moreover, the prospect of Su-35s in Pakistani hands could prompt the Indians to act with a sense of urgency as they watch their perceived advantages erode away.


Another possibility is that because India urgently needs to start recapitalizing its rapidly dwindling fighter inventory, they could opt to simply extend the Rafale buy to the original numbers envisioned for the MMRCA program. It would be an expensive proposition, but national security concerns might force India’s hand. In any case, the Rafale offers better technology and is probably a more effective aircraft overall than the Russian fighter.


There is also the prospect that India might move to buy fighter aircraft from the United States once it restarts the MMRCA program. The Lockheed Martin F-16IN and the Boeing F/A-18E/F Super Hornet were both rejected last time around, but the United States does not have to offer the India a fourth-generation plane.


The United States could offer India participation on the Lockheed F-35 Joint Strike Fighter. Frankly, the United States has the wherewithal to offer India access to much better technology than Russia could ever hope to with the F-35 and follow-on projects. For India, the F-35 would kill two birds with one stone: access to advanced technology, and a trump card over Pakistan and China (in some respects). The only downside is that India would have to abide by U.S. restrictions on the aircraft--which it has traditionally resisted.


In fact, U.S. Defense Secretary Ash Carter—when he was still the undersecretary of defense for acquisition, technology and logistics had expressed his willingness to sell India the fifth-generation stealth fighter in response to a question I had posed to him during an event at the Carnegie Endowment in January 2011.


"There is nothing on our side, no principle which bars that on our side, Indian participation in the Joint Strike Fighter. Right now, they're focused on these aircraft (F-16IN and F/A-18E/F) which are top-of-the-line fourth-generation fighters," Carter had said at the time.


Only time will tell if Russia ends up selling advanced weapons to Pakistan and driving India into a closer relationship with Europe and the United States. But, if Russia sells Su-35s to Pakistan, there is a chance one might see F-35s wearing IAF colors one day in the not so distant future.


Dave Majumdar is the defense editor for The National Interest
Posted by Kerry B. Collison at 3:19 PM