West Papua: conflicting reports surround attack that killed up to 31 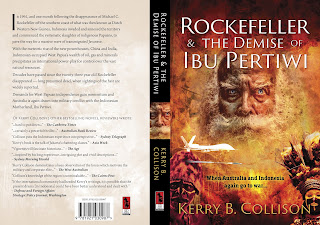 Dispute over whether those killed were construction workers or Indonesian soldiers


Deadly violence has escalated in West Papua following the shooting deaths of up to 31 construction workers in a central district of the region and the reported killing of an Indonesian investigator.


The West Papuan liberation army has claimed responsibility for the attack – the deadliest in many years in the ongoing independence conflict – but there are otherwise differing versions of events from Indonesian authorities.


There are fears of reprisals and violent crackdowns.


Indonesian media reported the construction workers were attacked by a group of armed separatists on Sunday, with differing reports of between 24 and 31 people killed.


Police and Indonesian military (TNI) were sent to the area but came under fire, local police said, with one soldier killed and another injured.


The separatist military arm TPNPB claimed responsibility, under commander Egianus Kogeya, and put the number of dead in the initial attack on Sunday at 24. Another five TNI soldiers were killed in further attacks over following days, it claimed.


The Guardian has been unable to independently verify the details on the incident. In 2015 the Indonesian president, Joko Widodo, had promised to lift a ban on international media, but in practice unimpeded reporting in West Papua remains nearly impossible.


In justifying the attack, TPNPB said the construction workers were Indonesian military, not civilians, and accused one of photographing their ceremony marking independence day.


It characterised the attack as an act of self-defence against a military that has long oppressed West Papuan people, and said the bridge construction project was for the benefit of police and military movements in the region, not for the people themselves.


The project is purported to be part of trans-Papua infrastructure works pledged by Widodo to improve the living conditions in West Papua.


In a translation of a social media post provided to the Guardian, TPNPB said it had observed the security forces in recent months and TNI had used the trans-Papua program to carry out attacks against people in Nduga.


Jacob Rumbiak, spokesman for the United Liberation Movement for West Papua (UMWP), told the Guardian TPNPB “wanted the world to know” that Indonesia had been attacking West Papuans for 57 years, and they had a right to self defence.


However Rumbiak said UMWP was a diplomatic group and not connected to the liberation army.


“We want to solve the problem by peaceful means, with US and UN involvement, and we are calling on the world to help and support us,” he said.


“We don’t want to fight, we want to sit and talk at the UN, or war will be coming soon.”


She said the Indonesian government version was that the liberation army killed civilians, but TPNPB’s claim that the workers were military was in line with previous information.


“The road workers in West Papua, especially in that area, have always been the military, TNI, according to previous reports,” she said.


Freeport’s nearby Grasberg mine – the largest gold mine and second largest copper mine in the world – has been a flashpoint for protests and deaths in recent years, including at least two deaths earlier this year.


Independence activists have lobbied and fought for a free West Papua for decades, and there are frequent allegations of violent crackdowns, including extrajudicial killings, by Indonesian authorities.


Confirmed information is difficult to obtain from the area, as there are harsh restrictions on international press entering and operating in West Papua.


On 1 December protests across the region raised the Morning Star flag – illegal in West Papua.


West Papuan activists claimed Indonesian authorities arrested almost 600 protesters, including 105 in West Papua and around 450 in Indonesia, including 233 in Surabaya. All have been released.


Indonesian authorities said the Surabaya actions were not arrests, but “secured and questioned”.


Koman said the arrests in Surabaya were an act of “forced removal”, with protesters sent back to their home cities against their will.


Koman said there were more than 100 Indonesians among those arrested, suggesting “the pro-Independence movement among Indonesians is getting bigger”.


One Australian woman was arrested and detained, ahead of an expected deportation.


In Surabaya police reportedly searched the the headquarters of the National Committee for West Papua on the eve of the rallies. One rally saw clashes between about 300 students and police, resulting in 17 injuries, the Jakarta Post reported.


In 2017 activists smuggled a pro-independence petition signed by more than 1.8m West Papuans out of the country and delivered it to the United Nations but was rebuffed by its decolonisation committee, which said West Papua was outside its mandate.


In April a West Papuan activist and organiser of the petition, Yanto Awerkion, was released from prison after 10 months of incarceration.