THE Common Room is more confused than usual and that sadly says something! It does not feel like 1991, there are no 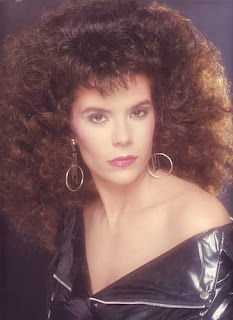 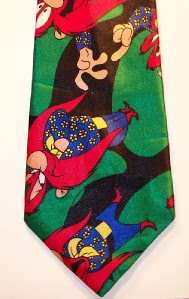 The music on the radio is different, still bad, but different and Hawthorn and Penrith are not celebrating grand final wins.

But otherwise it could be 20 years back, with Labor ministers banging on about Asia and how Australia must get to know the neighbours. Then it was Paul Keating today it is Julia Gillard who has announced a white paper to explain Asia to us.

It’s not that nothing changed in our level of interest in Asia over the last 20 years– things got worse. Then just about everybody accepted that kids should learn another language and it should be an Asian one. Universities were gearing up to teach students as they came through from school and were embracing Asia, not just as a source of fee-paying students but as a new research frontier.

Monash established a joint venture campus in Malaysia and badged itself as “Australia’s international university” - and everybody understood ‘international’ meant Asia.

Just about every institution which realised that the feds were never going to pay enough to educate an EFT followed.

Even the army got into the act – a least according to one (albeit unsourced) explanation of why the Australians came to lead the UN peacekeeping operation in Cambodia, starting in ‘92.

The French, or so the story goes, said they should lead, what with the way their former Cambodian colonials were full-on francophones. The Australians replied that we had many more soldiers who spoke Khmer.

So where are we now?

About where we were then, talking about teaching Asian languages but not actually instructing anybody much in them. Long time campaigner for language education Joseph Lo Bianco counts some 67 reports on language teaching in Australia in the last 20 years, which is ten times the number of university students taking Thai.

According to research by the Asia Education Foundation , the number of school students studying the four designated priority Asian languages, Chinese, Indonesian, Japanese and Korean, declined from nearly 800,000 to just over 600,000 between 2000 and 2008. While Year 12 enrolments stayed stable at 10,000 students a year this is not especially good news for any of the four.

Chinese, the growth language, is being taught at Year 12 level to ethnically Chinese students, by Chinese speakers who teach in, what a surprise, Chinese.

The same applies to Indonesian. The AEF says 190,000 students are studying Indonesian, the vast majority as a second language, but only 1600 of them are in the senior high school years and Indonesian is contracting into primary school.

Japanese used to be the go, being the most widely taught language in schools and universities at the turn of the century, but enrolments are down 16 per cent since then. Just 5000 took it in Y12 across the country in 2008.

Why the decline? The AEF speculates “under-trained teachers with insufficient linguistic competence,” might have something to do with it. But the fact that it takes so much time to learn can’t help. As the Common Room (in a different incarnation) warned 20 years ago (yes I am that old) after three years of university study most people struggle to read a Japanese newspaper.

As for Korean – it isn’t even in the top 10 foreign languages Australians study at school.

And as for supposedly insignificant tongues like Thai, why bother with a nation of 66 million which we have a free trade treaty with (the Common Room guesses it was negotiated in English)?

But wait, there’s more – and it’s worse! With the schools not producing potential students Asian languages are not strong in universities either. According to Anne McLaren’s report

for the Asian Studies Association of Australia, released in February, the need to promote Asian languages in Australian universities, “is more urgent than ever.”

According to Professor McLaren, Mandarin is booming, but this is due to international students and heritage-background enrolments. Of course a speaker is a speaker is speaker and with university enrolments up by 35 per cent in the last 10 years we are not going to be short of iron ore negotiators. But as McLaren points out, if the trend continues, she warns, “Chinese risks becoming perceived as a ‘ghetto’ language.”

But at least it is expanding, which Indonesian enrolments aren’t. They are down by a third across the university system. In Brisbane U of Q, QUT and Griffith are cooperating to keep Indonesia (and Korean) alive.

Japanese is doing well, in the sense that it is only down by 9 per cent although the Common Room wonders how many students will want to learn to speak the language of an economy which has gone from boom to basket case in the last 20 years.

There are enough problems here for a White Paper on languages alone. Asian languages are hard to learn, not as hip as the current fave – Spanish, and it seems
students just can’t be fagged.
This is very bad for Australia. For a start common courtesy dictates that we try to understand the neighbours. And in any negotiation, be it commercial, diplomatic or military the side that can understand what the opposition is saying to itself has a big advantage.

As Lo Bianco puts it, “Asian languages demand central attention because of past neglect and for present and future economic, strategic and cultural reasons. But none of these will translate into desperately needed good education programs unless our policies devote more time to discussing serious quality issues, practical constraints and achievable targets.”

Looks like a call to action to me –trouble is he wrote it in The Australian in 1996.
I wonder how to say “plus ca change” in Korean?

Stephen Matchett for The Australian

Email ThisBlogThis!Share to TwitterShare to FacebookShare to Pinterest
Labels: What’s Mandarin for “prevaricate”?