Rudd's Foreign posturing merely a springboard to minister's own goals 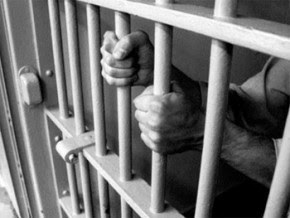 THE drums of war are beating. Kevin Rudd's re-emergence is nigh. It is now abundantly clear that every move Rudd has made as Foreign Minister over the past 12 months has been cynically calculated to achieve this end. His elevation would see the departure of the most self-serving and expedient Foreign Minister in Australia's history.

Add to the mix a lack of co-operation and obvious disdain between Julia Gillard and Rudd, and one can better understand the dysfunctionality and paralysis that has come to characterise Australian foreign policy. The long list of stalled initiatives, political faux pas and rank opportunism bear this out.

Rudd's hyperactivity over the 14-year-old arrested in Bali is a case in point.

Suddenly it became, on our minister's orders, the ambassador's No 1 priority. Where were the similar pronouncements over border protection and live animal exports, two issues critical to the bilateral relationship, but neither providing the minister with a springboard to the top.

It is no coincidence that, with renewed speculation about his leadership ambitions, Rudd ran out to hold multiple doorstops and radio interviews where he ducked and weaved any questions of significance about the boy's state of mind and safety. It was a mere photo opportunity.

In stark contrast, in July 2009, following the arrest in China of Australian citizen Stern Hu, prime minister Rudd adopted a hands-off approach, refusing the opposition's call for him to intervene and accusing then leader Malcolm Turnbull of "political grandstanding" in search of "screaming headlines". As Hu's case faded from view, so did Rudd's attention. Not one of the nearly 350 press releases he has issued as Foreign Minister are about Hu, left to languish in a Chinese jail.

Following Schapelle Corby's arrest in Indonesia, Rudd, then opposition foreign affairs spokesman, was also quick to take a prominent public stand. He issued a press release in 2005 calling on the Howard government to dedicate "maximum resources" to secure a bilateral prisoner exchange agreement to bring her home. More than six years on, the majority of which Rudd has had his hands on the levers of power, there is still no exchange agreement in place.

But it doesn't matter if it's a consular case or an important bilateral relationship, there is no consistency of approach. Priorities are often skewed. The key determinant is the opportunity for a headline.

Libya for a time became Rudd's cause celebre as he prepared to lead the invasion without an army. Australia suddenly found itself the third largest donor to Libya as Rudd engaged in shuttle diplomacy, moving between Middle Eastern capitals in search of a role. It was the biggest game in town so Kevin had to be there.

Contrast this with our Foreign Minister's neglect of the Pacific Islands, where our fundamental national interests are at play. Unfortunately, Kiribati, Tonga and Vanuatu have escaped the million-dollar itinerary, not to mention Fiji, where Australia is persona non grata.

So, too, with the shambolic Malaysia and East Timor solutions. Our Foreign Minister refused to interpose himself, preferring to stand by and watch with glee as our Prime Minister dug herself into an ever deeper hole. Such a strategy may have assisted the Foreign Minister's own political fortunes, but it has been to the detriment of bilateral ties.

Relationships with long standing friends Japan and India have also been tested by Rudd's inept handling. Tokyo's displeasure with the then prime minister's decision not to stopover on his first visit overseas, and later to withdraw from the quadrilateral security dialogue with India and the US, seemingly in response to pressure from China, was significant.

So, too, has Dehli been frustrated by Canberra's willingness to sell uranium to nearly anyone other than them. The decision by Indian Prime Minister Manmohan Singh to pull out of this week's Commonwealth Heads of Government meeting in Perth needs to be seen in this context.

But even when Rudd has decided to get active and drive the agenda, as he has done with China, he has put more people offside then he has ever won over. In the words of Geoff Raby, Australia's departing ambassador in Beijing, "to speak Chinese is not to know China -- one of my biggest challenges has been managing my own team (of) politicians".

One doesn't have to be versed in diplomatic speak to understand the message -- Rudd's hectoring tone has not gone down well. It is hard to imagine how it is in Australia's interest for its prime minister to call the leaders of the world's rising power giant rat f. . .ers, as Rudd is alleged to have done in Copenhagen last year. Then again, he has form. Boasting to journalists that he had to educate George W. Bush about the G20 in a private conversation with the US president was equally damaging.

On the multilateral stage, Rudd's efforts must also be seen through the prism of personal aggrandisement. Putting aside the fact that the Asia-Pacific already has an effective range of regional groupings of which Australia is part, including the East Asia Summit, APEC and the ASEAN Regional Forum, Rudd was intent on promoting his own creation, the Asia Pacific Community. Ill-conceived from the start and rejected by key neighbours Indonesia and Singapore, this idea was a failure of diplomacy that could and should have been avoided.

To her credit, Gillard has cottoned on to Rudd's vanity concept, avoiding any mention of the idea in the terms of reference for her Asia white paper and making it very clear she is content with current regional architecture. The Prime Minister hardly mentions Rudd's personal crusade for a temporary seat on the United Nations Security Council, conscious that it is all about his personal positioning for an international role later in life., bilateral relationships or Australia's multilateral agenda, Rudd as Foreign Minister has always under-delivered. The country was promised so much from this Mandarin-speaking, former diplomat who was going to humbly break bread between East and West. But with Kevin there is always an ulterior motive, the position of Foreign Minister is but a stage from which to rise.
By Josh Frydenberg is the federal Liberal member for Kooyong.The Australian


Jailed Australian Boy Moved, but 9 Local Children Languish at Kerobokan
In moving an Australian boy accused of drug offenses out of prison at Kerobokan, Bali, officials have faced criticism for ignoring nine Indonesian children being held in the same adult facility

When the Indonesian Justice Minister visited the Kerobokan prison on Saturday, it took him only 10 minutes to declare the facility overcrowded and inhumane for underage inmates, despite the fact it held nine Indonesian children.

The question immediately arose as to why the nine Indonesian children at Kerobokan prison were denied similar treatment. The Minister denied the existence of any double standards.
Posted by Kerry B. Collison at 3:04 PM

Email ThisBlogThis!Share to TwitterShare to FacebookShare to Pinterest
Labels: Rudd's Foreign posturing merely a springboard to minister's own goals