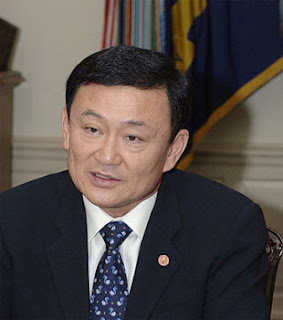 Thailand in recent days has started facing up to the dilemma of amnesty for people on both sides of the political spectrum. The issue goes back to the generals who perpetrated a royalist coup in 2006, and it also affects those involved in the May 2010 confrontations that led to the deaths of 91 people, most of them protesters, in Bangkok.

Included is a plan ostensibly designed to eventually allow the fugitive-in-chief, former Prime Minister Thaksin Shinawatra, back into the country without having to serve the two-year prison sentence for corruption that he faced before fleeing in 2008. Although Thailand has famously begun a healing process that is said to be taking the country back to its historic predilection for compromise, it is still fraught with peril, given the considerable hatred Thaksin has generated in the country.

Despite his protestations, Thaksin is widely assumed to be running the country — twisting the controls remotely from his exile roost in Dubai through his sister, Yingluck, who headed the Pheu Thai Party that won a decisive victory in national elections in July. The party’s slogan was “Thaksin Thinks, Pheu Thai Acts,” which should have given a clue that he might be in charge. Some sources in Bangkok say the Red Shirt protesters of the United Front for Democracy Against Dictatorship, the UDD, are very much involved in formulating policy despite the fact they were given relatively minor subcabinet positions in the Pheu Thai-led government.

Although Thaksin is widely credited with engineering the Pheu Thai victory, a coalition of powerful forces doesn’t want him back in the country at all, or at least unless he serves some prison time. Those forces include top leaders of the military who engineered the 2006 coup that removed him from power, the courts that convicted him of corruption in the sale of his Shin Corporation assets to the Singapore sovereign wealth fund Temasek, the now-vanquished pro-royalist People’s Alliance for Democracy, the Yellow Shirts headed by mortal enemy Sondhi Limthongkul and many others.

Could Thaksin’s possible return generate another coup? Probably not. Protests would take place, although not enough to cause the kind of chaos that ensued last year.

There have been some harbingers. Thaksin’s former wife and children have been acquitted of tax evasion on appeal in the sale of the Shin Corporation assets to Temasek, an indication that the country’s rather malleable courts know where the power is now.

Thaksin himself has been circling ever closer from his exile in Dubai, first with a visit to Japan in late August that outraged many in Bangkok, who saw it as an attempt to return to the international stage. He insisted he was not involved with his sister’s government, saying he only gave occasional advice — sometimes not even every day. Then, in September, he showed up in Cambodia for a conference on regional Asian economics — two days after Yingluck had visited, although they didn’t meet for fear of stirring more outrage across the border in Thailand. Cambodian Prime Minister Hun Sen has throughout the Thaksin overseas odyssey delighted in tweaking the noses of the Thais, appointing Thaksin an economic advisor to the Cambodian government.

During the election campaign, Yingluck was noncommittal about her brother’s return, suggesting that perhaps amnesties could be arranged for lots of people, including some of the military who ordered their troops to crack down brutally on protesters in May.

Despite advice that he should stay out of the country to let passions cool, Thaksin appears to be seeking to rush the process. Foreign Minister Surapong Tovichakchaikul told the media he was considering returning Thaksin’s passport, saying the confiscation was politically motivated and that even a prisoner in the Bangkok jail can still own one.

“I see this as an attempt to whitewash Thaksin as a part of paving the way for his return,” a well-placed Thai source told Asia Sentinel.

The latest scenarios revolve around a law, ironically pushed through the Parliament by the Democrats who were ousted from power by Pheu Thai, that grants mass pardons for those over the age of 60 whose jail sentence is less than three years. Because it’s a collective pardon, presumably everybody thinks nobody will notice that one of them is the most controversial figure in the country. Thaksin could also take advantage of the annual Royal Decree, in which King Bhumibol Adulyadej once a year issues pardons to inmates.

The sticking point is that in order to earn a pardon, Thaksin would have to serve at least some jail time. Sen. Wanchai Somsiri, in a recent interview with The Nation of Bangkok, suggested he “could sit at the police clubhouse for five or 10 minutes” and that would be fine as far as the law was concerned.

That is not likely to sit well with those who have spent months, perhaps years, in jail to earn their pardons.

In the meantime, there have been moves to find a legal route to making sure nobody gets prosecuted for the 2006 coup that brought down Thaksin in the first place. The coup leaders inserted clauses in the Constitution to make sure they wouldn’t be prosecuted in the event that the Red Shirts came back to power. That particular amnesty probably will be extended to the military and political leaders who ordered the bloody crackdown on protesters in 2010 — and to the protesters themselves, who are accused of torching some 40 buildings in downtown Bangkok, although their supporters say the military torched the buildings to blame them. Asia Sentinel
Posted by Kerry B. Collison at 2:03 PM

Email ThisBlogThis!Share to TwitterShare to FacebookShare to Pinterest
Labels: Thailand’s ‘Fugitive-in-Chief’ Hunts for Amnesty From Afar