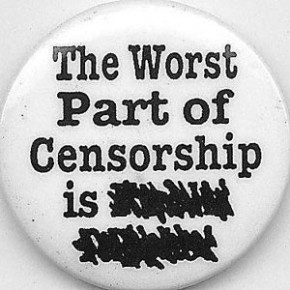 The executions of Nie Shubin and Jia Jinglong occurred more than 20 years apart, yet the Chinese authorities have used the plight of both men to send starkly different messages on the death penalty.


Nie Shubin, who was executed in 1995 for rape and murder, received a rare posthumous exoneration earlier this month. Officials made much of how this wrongful execution had been corrected and that lessons had been learnt. State media highlighted how the verdict was overturned based on a presumption of innocence, a principle that China’s judicial system has only just started to recognize.

In 2005, a domestic media outlet revealed that another man, Wang Shujin, confessed to the murder and rape Nie had supposedly committed. The news sent shock waves throughout China, and has created immense public interest and media coverage ever since. It still took more than a decade of persistent campaigning by Nie’s family, lawyers, journalists, an academics to finally clear his name.


This may seem like an advance for justice, but the authorities did not look kindly on another campaign this past month to spare the life of Jia Jinglong. A frantic last-ditch effort on Chinese social media eventually came to nothing. Jia, who killed a local village official, was executed on 15 November.


Not only were the authorities intent on ending Jia’s life, they were intent on ending any debate about his plight that –in the view of many- would have warranted some leniency. The same type of activism that brought about a reversal in the verdict for Nie Shubin was not tolerated this time.


On the day Jia Jinglong was executed, the government’s propaganda machine went into overdrive, with state-media describing the campaign to save his life as “attacking judicial authority.” Social media posts were heavily censored and state-run press published threatening articles to intimidate Jia’s supporters.


Jia, a farmer in China’s northern Hebei province, killed a local village chief, He Jianhua, on 19 February 2015 with a modified nail gun.


The village chief had ordered the demolition of Jia’s three-story home, which he had just meticulously decorated to prepare for his upcoming marriage. Following the murder, Jia reportedly attempted to turn himself in. According to supporters, the courts should have considered these potential mitigating factors when deciding whether to execute him.


For Jia’s supporters, China’s default death penalty policy first set out by authorities in 2006 – “killing fewer, killing cautiously” – seemed to hold out a glimmer of hope that the Supreme People’s Court might spare his life.


But state censors made sure that those living in mainland China, were not able to read many of the online articles presenting the legal case as to why Jia’s life should be spared.


Twelve of China’s most prominent legal scholars wrote a passionate open letter asking the country’s Supreme People’s Court to grant Jia a reprieve. But their open petition was censored – as were many other posts about Jia Jinglong that were shared on WeChat – China’s main social media platform.


This censorship was accompanied by an ominous editorial in the People’s Daily – the official mouthpiece of the Communist Party – signalling that the online debate had gone too far and that some people could be punished. It said that the scope of freedom of expression extended to people talking about cases in private or over meals, but not on the internet, where they could influence public opinion.


The editorial slammed those who spoke out while only “half-understanding” the case, and it warned of consequences for those who harmed the credibility of the legal system or harmed judicial authority by transmitting so-called “untruthful information.”


Nie Shubin’s case showed that the government is taking some positive moves by redressing emblematic cases of wrongful convictions, but the authorities still control the narrative.


China remained the world’s top executioner last year. The true extent of the use of the death penalty in the country is unknown as the authorities hide data on death sentences and executions claiming it to be a state secret, manipulate public opinion on specific cases like the Jia Jinglong case, and thereby stymie rigorous debate and empirical analysis.


Such censorship is one of the most ironic and tragic aspects of China’s death penalty system. The government demands that people “comprehensively understand” the details of a death penalty case before commenting, and yet the government’s own laws and policies fuel the ignorance it criticizes.


It is this government secrecy, and not the valiant campaigns that attempt to save people like Jia Jinglong from execution, that cause the real harm to the credibility of China’s legal system.