How Australians became addicted to complaining 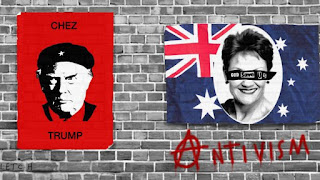 'Tis the season to be cynical, apparently. Except, if you take in the full breadth of this year's post-election survey produced by the Australian National University, this season has lasted years. On every score, from our trust in government, to our feelings towards the major parties, to our belief that the government is even capable of affecting the economy, we're historically glum.


But these trends are now long-term, in broad terms crashing after 2007.


It's a snapshot that distils the feeling of 2016, but points us to an important truth about it: that it has had a gestation period best measured in decades. Whatever the event you feel best captures the disaffection – Brexit, Trump, or our own turgid election campaign and the faltering government it has delivered – these were culminations rather than moments.


Certainly, there will always be local episodes making up each drama. As my colleague Michael Gordon has pointed out, the Australian case is bound up in Kevin Rudd's disastrous collapse. But there's something to be gleaned from the fact that there has been no recovery from this: that our political fidelity was so flimsy that we've dropped our bundle with it altogether. And that we're so far from alone in this attitude, which is clearly a global movement.


We're clearly in an anti-incumbent cycle. More than that, as seemingly everyone has observed, we're in an anti-establishment cycle. That has a profound meaning, though. It means we're railing not just against major parties or certain politicians. We're railing against anything that might count as an institution: politicians, business, unions, the media. Even democracy itself is no longer safe: perhaps the most startling statistic in ANU's survey is that only 60 per cent of us are prepared to say we're satisfied with it.


What we often overlook, though, is that there's a broader culture of scepticism that has accompanied this, and which spans several orientations. For reactionary culture warriors it takes the form of attacking institutions as somehow captured by conspiring leftist forces. So, academia, the law (especially in criminal cases), the media generally (and the ABC in particular) become systematically debased.


For progressives, other institutions become recast as oppressive, even irredeemably so. The roll-call here is long – corporate culture, media (again), even marriage – but it is perhaps clearest in the case of the Church which has dramatically lost its moral and cultural authority over decades of scandal. For many progressives it has become reduced to the sum total of its disgraces: a shorthand for child sex abuse and unaccountable, tax-free wealth as though it has contributed nothing to culture, charity, social justice or even the existential meaning of countless lives.


There's nothing inherently wrong with critiquing institutions, of course. It's a necessary part of social evolution, and in the absence of transparency they really can be oppressive – as the example of the Church so devastatingly illustrates. But the problems start when there is nothing else; when the criticism becomes either an end in itself or something aimed more at destruction than reform.


Here we approach a kind of anti-establishment sentiment that has no particular interest in building anything. And while that is certainly not true of every wave of criticism, it does now seem to describe the overall spirit of public culture. The most successful movements these days are the loudest, which, inevitably, are the most vociferously disgruntled. Politics needs no serious organising principle other than grievance.


That's why, when you look at the movements that have been so vibrant in 2016 it is so difficult to identify what they're really for. About the closest you might get in the Brexit-Trump case might be something like "strong borders". But that's really another way of saying anti-immigrant and anti-trade. Its strongest points of definition are really in opposition. There's no clear political program here, as the post-Brexit haziness has demonstrated.


Trump, too, is assembling an administration that scarcely matches the concerns of his voters, stacked as it is with multinational corporate bigwigs, discarded Republican candidates and weirdly pro-Russian figures. I suspect none of this will hurt him politically in the short term. But beyond that, the dangers are obvious. And they're there because there was so little behind the discourse of discontent.


That's why it has become so ridiculously possible for the most obvious creatures of the establishment to pretend they're the revolutionary vanguard. Trump seems an obvious case in point, but closer to home it's ex-career politicians and long-time pundits staking the anti-elite claim, sometimes in explicit fashion as in Sky TV's audaciously named Outsiders program. These sorts of figures have none of the lived experiences of the underclass they claim to represent. So they proceed from a belief that deploying symbols of anti-leftist discontent will simply be enough. If you don't like feminism or anti-racism, you're pretty much in, or (I suppose) out.


It's an astonishingly lazy response to the year we've had to take your hobby horses and rebrand them as the voice of a people who never voted for them. But that's what happens in revolutions. Once the regime is toppled, they're often usurped. That works when you can impose your will and rule with an iron fist. But if 2016 is half as revolutionary as it seems, we're looking at a cycle where the voice of the disgruntled becomes their next target. Because it's one thing to win by raging about the hole at the heart of politics. The problem is no one has really yet discovered a way to fill it.


Waleed Aly is a Fairfax Media columnist and a presenter on The Project. Illustration: Simon Letch