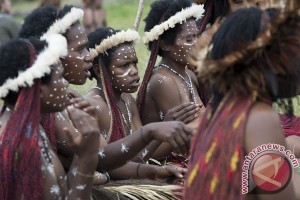 
The problem with this move, which was announced during the PPP's recent leadership meeting, is that there is no clear definition of what constitutes an "indigenous Indonesian citizen."


The Constitution only stipulates that the president of the Republic of Indonesia must be an Indonesian citizen. There is no mention of his or her ancestry. It does not define a concept such as "citizenship with foreign origin."


The Indonesian nation is made up of races and tribes from all over the world. There are citizens of Arabic, Indian, Caucasian, Latino, Asian, African and other racial backgrounds and yet everyone claims to be, and in fact is, an Indonesian citizen.


Long before the Republic of Indonesia was founded, there had been many kingdoms across the archipelago. The Srivijaya empire even covered most of Southeast Asia and ancient traders from Gujarat (India), China, Indochina, Europe, the Persian Gulf, and Africa visited the archipelago, with many of them settling in the country for generations. How can we trace their bloodlines from among the hundreds of tribes constituting the Indonesian nation?


When the republic was founded in 1945, nobody made an issue of freedom fighters' ethnic, racial, or religious backgrounds. They were all united to build a new country. Even in 1908, during the Dutch colonial era, as well as when youths from various parts of the country gathered in October 1928 to set the tone for independence by proclaiming their oath of unity, nobody made an issue of ethnic, racial, or religious backgrounds.


So why now — after 71 years of independence — ethnic and religious sentiments have cropped up to spoil the political theater ahead of the Jakarta gubernatorial election? This clearly proves that Indonesia's democracy is making progress in reverse — going back more than a hundred years!


Such political maneuvers raise tempting questions. For instance, if Jakarta Governor Basuki "Ahok" Tjahaja Purnama were of Arab or Indian origin, would he have been the target of verbal attacks? Or is this presumably religiously motivated political maneuver directed at him in order to prevent him from ever running for higher office?


Some have argued that quite a good number of Muslim voters in Jakarta are being brainwashed directly or indirectly to avoid electing Ahok for the emotional reason that his ancestors were Chinese and he adheres to a minority religion.


Such kind of brainwashing campaign grossly violates the first and second principles of the Pancasila state ideology (belief in one God and Indonesian unity), and Article 28E of the Constitution, which guarantees freedom of religion for every citizen. Yet the government appears to have difficulty stopping the manipulation of religious sentiments in the political arena.


If this is the case, Nahdlatul Ulama (NU) leaders would presumably stand behind Ahok to defend the theory that races are created by God and not by man. In fact, Nusron Wahid, former chairman of NU's youth organization GP Ansor, has openly said that political attacks against Ahok simply because he is of Chinese origin amounts to protesting God's decree to create human beings in races and tribes.


Nusron has remained consistent in this stance long before he joined Ahok's campaign team for the Jakarta gubernatorial election. A question anti-Ahok campaigners cannot answer, is can a leader with a softer character be able to clean the massive corrupt culture in the bureaucracy and society? Indonesia has no precedent for this!


In other words, despite Ahok's "less polite" behavior in tackling the mess, perhaps the corrupt culture cannot be overcome with a "more polite" way. Time has destined a leader of Ahok's type to lead Jakarta as a barometer and altogether a role model of transparency and good governance; and tough leadership is perhaps the only way to make it happen — whether or not it is Ahok who sits on top of Jakarta's bureaucracy.


Consequently, a successor with weaker leadership qualities cannot continue his uncompromising bureaucratic mess-cleaning aggressiveness, because weaker leadership would only provide more opportunities for the corrupt culture to go viral.


What I am trying to convey is not that Ahok should be reelected. That's not the issue. Instead, Jakarta needs a leader of his tough type to clean up the mess, as a good precedent for the rest of the country to follow.


Making his ethnic and religious background an issue with which to remove him from office is probably the work of pro-corruption and dirty-minded people who are hiding behind the masks of piety and religiosity.


So high the primordial sentiments that Ahok's 103-minute-long speech in the Thousand Islands off the coast of Jakarta has been manipulatively cut to only 55 seconds in order to suggest that he has defamed Islam for quoting a Koranic verse disproportionately.


The truth is that the context of his speech was political education. He was actually educating people to not be easily brainwashed by opponents who tend to use religious verses to avoid electing him. A careful study of his speech reveals that he was blaming those who ride on religious sentiments to brainwash people against electing him, but not defaming the Islamic holy book! This has been totally misunderstood.


Should we therefore blame him for having been born of Chinese ancestry and raised to be a Christian? Not many people know that Ahok actually spent his student days living with a Muslim family from South Sulawesi, in Kalibata, South Jakarta, which he even to day regards very highly as his "second family."


I happened to meet him in his second family's home at the commemoration of the 100th day of his foster mother's death where he delivered a sentimental speech recalling her prediction that one day he would become governor of Jakarta. So why is he being portrayed as the "enemy" of so many fanatics who have repeatedly called him an "infidel?" This is a question that does not require long contemplation to find the answer.


Analysts take this as a clear sign that fanatics do not want him to become governor again because that would pave the way for him to run for vice president in the next election. A possible Joko Widodo-Ahok pair would be unbeatable in the 2019 presidential election. So now is the time to cripple him — so goes the theory of fanatical agitators currently struggling to stop him through every possible avenue!


Senior political analyst Pitan Daslani is a former journalist for the Jakarta Post, Radio Deutsche Welle and Yomiuri Shimbun.
Posted by Kerry B. Collison at 3:01 PM