After almost one decade of existence, the Melanesian Spearhead Group (MSG) has shown its potential to become “the strong man of the South Pacific” 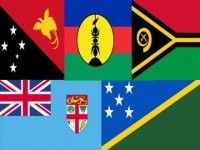 The future of the Melanesian Spearhead Group (MSG) free trade for Papua New Guinea (PNG), the Solomon Islands, Fiji and Vanuatu lies in Asia. Indonesia, as an associate member of the MSG, would play a pivotal role for the Melanesian bridge to the fastest-growing Asian economy.

As the MSG’s total GDP is about US$23 billion, an understanding of the nature of the economies of scale would help the MSG rightly position itself in the APEC. 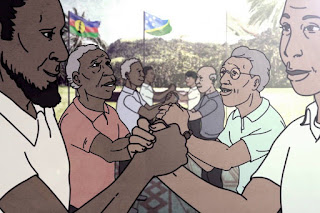 How the MSG could benefit from the APEC, a forum for 21 economies with a combined GDP of more than $31 trillion, is a case in point.

Well-established ties between Indonesia and PNG both are parties to APEC and members of the MSG would help provide political leverage for the MSG to also benefit from APEC.

APEC aside, the Asia Pacific region sees the conclusion of the Trans Pacific Partnership (TPP) negotiations this year. TPP represents an economic conglomeration of more than $28 trillion. None of the MSG’s members are parties to TPP, but Indonesia has expressed its intention to join.

Another rapidly forming regionalism in Asia is the Regional Comprehensive Economic Partnership (RCEP). This economic grouping represents a total GDP of $21 trillion. All ASEAN members are committed to be parties to RCEP, together with China, Japan, South Korea, India, Australia and New Zealand. Through its ties with Indonesia, the MSG can benefit from RCEP.

Center to RCEP is the recently implemented ASEAN Economic Community (AEC). The AEC represents a single production base with a total GDP of about $2.3 trillion. As Indonesia is essentially part of AEC, the economic community then has geographical proximity to PNG, the Solomon Islands, and hence the MSG.

APEC, the TPP, RCEP, and the AEC represent the geopolitical shift toward East Asia. As such, the political reorientation of the members of the MSG toward Asia the “Look North Policy” is not only sensible but also sine qua non.

PNG’s “Look North Policy” is based on the fact that 50 percent of its export destinations are in Asia, particularly Japan and China; whereas 55 percent of its import origins are also in Asia.

Fiji’s main export destinations, aside from its traditional market of Australia, are China and Japan; while 60 percent of its imports come from Asia.

The total regional GDP of the five Indonesian Melanesian provinces is about $21 billion, which is almost equal to the GDPs of PNG, the Solomon Islands, Fiji and Vanuatu combined.


Connectivity between Indonesia/ASEAN and the MSG is also being developed. There is a direct Air Niugini flight between Bali (Indonesia) and Port Moresby (PNG), with onward flights from Port Moresby to Honiara (Solomon Islands), Nadi (Fiji), or Port Vila (Vanuatu). Direct flights between Singapore and Port Moresby are also available.

As Papua represents Indonesia in the MSG, there is also a direct flight between Jayapura (Papua) and Mount Hagen (PNG), with onward flights from Mount Hagen to the rest of the MSG region.

It is important to note that infrastructure development in Papua has contributed to better connectivity between ASEAN and the MSG.

Of the total 4,325 kilometers of Trans Papua roads, about 3,625 km have been completed and about 700 km is in progress. About 533 km of road from Waropko, through Tanah Merah, to Merauke, along the southern border with PNG has been completed. Along the northern border, half of the road between Oksibil and Jayapura has also been completed. While still far from perfect, Papua-PNG cross-border economic activities have now been made easier.

The marine tollway is now able to well-connect the main hubs of Jayapura, Biak, Sorong, Misool, Timika and Merauke. There are ample opportunities to connect hubs in Papua with hubs in PNG and, in the future, with the rest of the MSG as well. In total, West Papua and Papua provinces are now equipped with 16 seaports.

New airports have just been commissioned in Segun, Sinak, Koroway and Manggelum. Airports in Kebar, Senggeh and Kepim have been renovated and 12 runways have been extended. In total, West Papua and Papua provinces are now equipped with 105 airports, some are potential air hubs to the Pacific.

The MSG and Indonesia cannot escape the fact that their economic interests are geopolitically interlinked. Working together, both can tap the benefits of the Asian Century.


The author is director general/ head of the Policy Analysis and Development Agency, Foreign Affairs Ministry.