To hell and back: Obama, Hiroshima, and nuclear denial 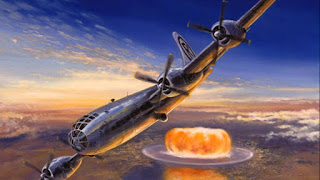 A book that everybody should be reading on the occasion of President Obama’s non-apology tour of Hiroshima on May 27, 2016 is Charles Pellegrino’s To Hell and Back.


It’s a meticulous reconstruction of the immediate aftermath of Hiroshima and Nagasaki from the perspective of the victims. 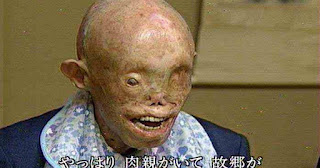 It depicts, as the title implies, an utter hellscape of dazed survivors threading their way through the blasted landscape in ant-like lines to nowhere amid flickering whirlwinds of flame, human ash and bone, rivers of corpses, clouds of flies; and slow death brought on by desperate thirst, blast, burn, and radiation injuries, and the longer terms effects of radiation exposure.


People regarded as miracle survivors, untouched by the blast, turned out to be literally the walking dead a few days later:


Strange new infections were appearing—including putrefaction while still alive…With immune systems rendered essentially nonexistent, bacteria that did not normally attack human flesh after death started to take root…other patients fell prey to signs and symptoms never seen before.  Two men examined at Omura died from something that liquefied their brains and spinal cords.  An infectious amoeba appeared to have been involved, a species that usually restricted itself to causing amoeboid dysentery…were able to drill through the blood-brain barrier and infiltrate the entire nervous system.  The simultaneous occurrence of so many opportunistic infections was so rare an event that it would not be seen again until the AIDS outbreak of the 1980s.  [pp. 261-2]


The stricken child’s mother found it difficult to go near him and began to shrink away from her own son…on each exhaled breath, there came a stench…of a corpse…The normal bacteria of decay were eating the Ito child’s lungs and his throat, while his tongue—bloating and purple and hot—stank of rotting meat even as he still moved and tried to speak…[250]


Two women complained of having chokingly large objects stuck in their throats. Hachiya and Hinoi helped them to cough up golf-ball-sized clots of blood and phlegm … parasitic roundworms came out of their mouths…”I’ve seen this before!” Hinoi said.  “But it happens only when people are already dead.  Only when the flesh begins to decay and can no longer support them do parasites abandon their hosts.”… one of the dying women emitted a strangled cry and suddenly spat an amazing wad of red phlegm and tiny white worms onto the ground. “Doctor?” Shoda whispered…”I wonder if there is an operation that removes memories.”[235]

Indeed, removing memories of Hiroshima and Nagasaki has been the top priority, especially for American nuclear denialists who resent detailed reporting of the horrors of the atomic bombings and any implication that the US should feel any qualms about what it did.

Milestones in US government nuclear denialism include MacArthur’s censorship of reporting on radiation effects while he was Supreme Commander Allied Powers in Japan and, as chronicled by Greg Mitchell, suppression of gruesome footage of the medical consequences of the bombings, recorded shortly after the surrender both by a Japanese newsreel company and by the U.S. Army’s own lavishly-funded Technicolor documentary unit.

The denialist backlash against realistic depictions of the aftermath of the atomic bombings peaked with the 1994 and 2003 disputes over planned Enola Gay exhibitions at the Smithsonian.

Viewed both by its proponents and enemies as a revisionist post-Cold War look at what the bombings meant, denialists and their allies inside the Smithsonian were able to gut the effort to focus on the victims’ perspective of the event. Historian Lawrence Wittner wrote about the controversy from the revisionist perspective at Japan Focus; the denialist side of the story is covered in depth in a 2004 special report by the Air Force Association.

Some of the participants in the Smithsonian dispute, as well as several new actors, targeted Charles Pellegrino.

In 2010 Pellegrino’s Hiroshima/Nagasaki account, titled at the time The Last Train from Hiroshima, had already been published. But Pellegrino and his book were put through the denialist wringer, experiencing a barrage of attacks on the accuracy of the book and Pellegrino’s reputation, provoking a meltdown at the New York Times and the withdrawal of Last Train by its publisher, Henry Holt and Company.

The main charge that stuck was that Pellegrino had been duped by a fabulist who had constructed a tale of serving as a flight engineer on one of the planes escorting the Enola Gay to Hiroshima. As for the rest, I will not retail them here but a trawl through the Internet’s message boards will provide a picture of the character, accuracy, and significance of the other controversies.

Pellegrino revised the book to remove the fraudulent story and added supplementary information and personal accounts, including chronicles of “double hibakusha” i.e. survivors of both the Hiroshima and Nagasaki bombings.

Indeed, To Hell and Back is an ironically apt title for Charles Pellegrino’s updated and revised account of Hiroshima and Nagasaki, in that it also evokes his return in 2015 to the harrowing subject that evoked his devastating media inquisition in 2010.

We can thank Mark Selden of Cornell University and Japan Focus for helping get To Hell and Back published by Rowman & Littlefield.  You can do the publisher a solid by buying the book direct from the R&L website. And for the most complete and authoritative reporting on nuclear/radiation issues in Japan, bookmark the Asia-Pacific Journal/Japan Focus e-journal.

This time, the denialists have not emerged to engage Pellegrino with their past ferocity. The one review that did appear in a major paper was penned by Ohio State history professor Alonzo Hamby in the Wall Street Journal.

Hamby did break new ground for denialist by not taking issue with the meticulously described horrors in Pellegrino’s book. Instead, he blamed the casualties on defects in Japanese planning:

[A]tomic bombs were the logical outcome of a style of war taken for granted on both sides by the summer of 1945. Britain suffered heavy bombing and massive property destruction, but civilian deaths for the nation were less than 45,000… Unlike Britain, Japan seems to have made little or no provision for the protection of its civilian population.

That’s a message that can resonate for President Obama and Prime Minister Shinzo Abe, especially as the 20th century narrative gets rewritten in the name of eternal US-Japan amity and anti-China unity: Hiroshima was not a profound crime inflicted by the United States on the people of Japan.

It was just a bad day for Japanese air and civil defense.

That’s a perspective the US and Japanese governments expect to prevail as the generation that experienced the horrors of the Pacific War as its victims—hibakusha, comfort women, slave laborers, millions of victims of occupation, rape, and massacre—literally disappear from the surface of the earth.

And as the US and Japanese governments are unwilling to acknowledge the immense suffering and postpone the reckoning until the survivors have passed on, the hopes for healing, reconciliation, and deeper understanding are being buried as well.

A Hiroshima survivor, Masahiro Sasaki, offered a different kind of forgetfulness—forgiveness—as recorded in the coda of Pellegrino’s book:

[A] boy raised his hand and asked, “Mr. Sasaki, which country dropped the atomic bomb?”

Masahiro answered, “It’s been more than sixty years since the bombs were dropped.  God made everyone equal.  So I forgot who dropped the bomb.”

… Masahiro explained, “…it does not matter who dropped the bomb. It’s not an issue. It should never be an issue for any country. It’s an issue for all humanity … You must overcome the sadness and come out of it by passing this simple philosophy [Omoiyari, or compassion] down to the next generation. This is my wish.”

Then, looking at the boy who asked the question, he said, “Children! Teach your parents!” [361]

Peter Lee runs the China Matters blog. He writes on the intersection of US policy with Asian and world affairs.