Challenges for Indonesia as ASEAN chair 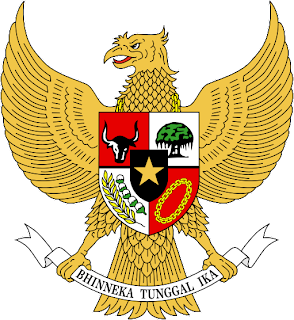 A portentous opportunity for the nation to bolster its diplomatic achievements and standing in Southeast Asia has emerged as Indonesia readies itself to take over ASEAN’s rotating chair in 2011. In 1976, when Indonesia chaired ASEAN, member states produced the Bali Concord I, which was based on the Treaty of Amity and Cooperation (TAC). It laid out the rules of the game for ASEAN and also for other powers that wanted to engage in any form of cooperation with ASEAN.

The recent signing and ratification of this treaty by Japan, China, and the United States further emphasized its importance to ASEAN as well as to the three nations.
Similarly, in 2003, ASEAN produced the Bali Concord II, which initiated the ASEAN Economic Community. Therefore, it is understandable if we expect another breakthrough from Indonesia this time around, probably in the form of a third Bali Concord.

The government of Indonesia under President Susilo Bambang Yudhoyono seems enthusiastic and prepared to play a huge role, at least from what we can see on the surface.

If we examine the slogan that Indonesia chose for its chairmanship, ASEAN Community in a Global Community of Nations”, it can be inferred that Indonesia’s leadership over the next 12 months will be more outward-looking.

In the words of government officials, Indonesia will focus on carving a bigger role for ASEAN in international society, using the nation’s advantages as the world’s largest Muslim-majority nation and the only Southeast Asian nation in the G20.
Nevertheless, when we talk about regional cooperation, especially in the form of an organization, we will always face the question of “deepening” versus “widening”.

or issues covered. These options are not necessarily contradictory, yet priorities have to be set.

For ASEAN, executing both deepening and widening strategies will be very hard, considering the short period of the chairmanship. This means that Indonesia must choose which option to focus on. For those who believe that ASEAN still needs many organizational improvements, then, it will be considerably naïve for ASEAN to widen its role and seek influence externally while not devoting attention and energy to internal development.

If Indonesia focuses on deepening, it will find many unresolved challenges that need to be taken care of very seriously.

To begin with, Indonesia will be faced with the jargon of “people-centered association”, which needs to be translated into real action. Arranging events in which the ASEAN public will be involved is insufficient. Instead, within the aforementioned expression lies a mandate for any form of cooperation made within the framework of ASEAN to done for the benefit of the people.

ASEAN is often criticized for being too elitist. Such criticism is not entirely wrong, because people might feel that the cooperation or negotiations that have been happened inside ASEAN have not necessarily brought advantages to them.

For Indonesia, one immediate regional and national interest should be the protection of migrant workers.

As one of the largest sources of migrant workers, protection and promotion of their rights is Indonesia’s vital interest and needs to be one of the focuses of Indonesian foreign policy in ASEAN. This is also in line with voices from domestic constituents, who have urged the Indonesian government to step up efforts to protect its citizens abroad, including migrant workers.

The Declaration on the Protection and the Promotion of the Rights of Migrant Workers made in Cebu in 2007 is a good start, yet it needs to be closely monitored in execution.

If we look at the implementation of an ASEAN single market, which also includes the free flow of workers, then this issue will not only be the interest of Indonesia, but also of most of ASEAN’s member states. Therefore, as the incoming chair of ASEAN, Indonesia should promote this as one of the most important items on the agenda during its tenure.

Indonesia is a reference for those young members. Indonesia as one of the founding fathers and the incoming chair of ASEAN must be able to set a good example as to how to practice democracy and how to enforce human rights.

By the end of its tenure as ASEAN chair, Indonesia must be able to report not only to its citizens, but also to all citizens of ASEAN that it has done its best to convert ASEAN’s slogan of a “people-centered association” into people-centered policies.

The time for rhetoric in ASEAN is over. It is time for real action to benefit of the people. Hopefully Indonesia will be able to maximize its role as the chair of ASEAN in 2011.


The writer is an assistant lecturer in International Relations at the University of Indonesia in Depok, West Java. Jakarta Post
Posted by Kerry B. Collison at 1:11 PM

Email ThisBlogThis!Share to TwitterShare to FacebookShare to Pinterest
Labels: Challenges for Indonesia as ASEAN chair