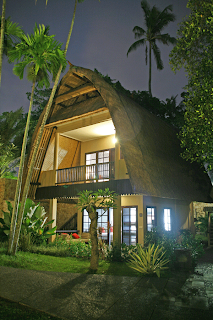 
Bali has suffered a New Year's surge in rabies, bringing the death toll to 118. In other news, tens of shanty homes brunt to the ground in Sanur last week causing tragic property loss for their impoverished residents, but fortunately no injuries. A Philippine woman convicted of heroin smuggling has received a life sentence in a Bali court. And, after more than 2 months, a Pertamina tugboat remains stuck on the reef off Mertasari beach in Sanur.

In development news, there's renewed talk of a second airport for Bali; plans for Singapore and Indonesia to cooperate in developing cruise tourism; further consideration of a moratorium on new hotel development; and concern that land issues will derail major road development projects on the island.

The arrivals figures through the end of November 2010 are now in hand justifying predictions made in mid-2010 that Bali would end 2010 with 2.48 million foreign visitors. Details in "Bali by the Numbers."

Experts are urging Garuda Indonesia to use the coming IPO to get their house in order and stay competitive. Also, the general manager of the Discovery Kartika Plaza has won an international award for his entrepreneurial skills.

Food, glorious food! We look at the soaring price of chili peppers in Bali and, in a separate article, review news of economic measures being put in place to control rising food costs in Indonesia. Still on the subject of food, there's details of a "non-cook book" featuring raw food being launched this week in Ubud.

Smells of decaying flesh are most unwelcome, especially when emanating from the local cemetery. Find out why a flower's to blame in this week's Bali Update.

We've got Bali wedding pictures to share together with letters from our mailbag in the latest installment of "We Get Mail."

Balidiscovery.com was shocked to learn of the sudden death of Elfa Secioria on Saturday. Read a tribute to one of Indonesia's finest musicians, including a video of Elfa in performance.

Thanks to Gending Kedis and Bali Theatre at the Bali Safari and Marine Park for helping to make this edition of Bali Update possible.