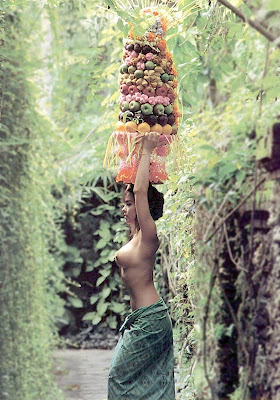 
Several trips by massive U.S. advance teams and a number of costly equipment sorties later, President Barack Obama has cancelled a visit to Bali for the second time. Find out the why and wherefore in this week's edition.

Other news covered in Bali Update include a regulation from the Minister of Transportation that puts a proposed bridge from Sanur to Tanjung Benoa in further doubt; the conclusion that, at least for now, there's going to be little change in the rules governing property ownership by foreigners in Bali; and governor Pastika is urging hotels and restaurants in Bali to prioritize the use of local agricultural produce.

There's also information on Bali's struggling starling population, recent senior managerial appointments at Bali hotels, and the "reincarnation" later this week of the next phase of the popular promotional campaign "Bali is my life."

Pencils ready? Here's just a few of the coming events for Bali covered in this week's Bali Update:
- The MRA Bali International Triathlon on June 20, 2010. Compete or join the morning-long party on the beach.
- A Gala 4th of July Party in Sanur. Americans and well wishers welcome to join an afternoon of music, games, food and drink.
- The 32nd Bali Arts Festival running from June 12 – July 10, 2010. We've got a link to the complete schedule.
- "Song of Ubud" a remarkable traditional exhibition by 30 of Bali's greatest living artists at ARMA June 19 – July 11, 2010.
- "Galang Kangin" – the works of 9 contemporary Balinese artists at the Ganesha Gallery in Jimbaran.
Also, don't forget to order your tickets for the special charity concert by the Yale University Whiffenpoofs on June 21.
Finally, read our editorial taking issue with Garuda Indonesia's decision to be expeditious at the expense of heritage preservation in the launch of their new in-flight uniforms

Read the full report at: http://www.balidiscovery.com/update/update717.asp