Commentary: What Price Is Indonesia Willing to Pay for Economic Nationalism? 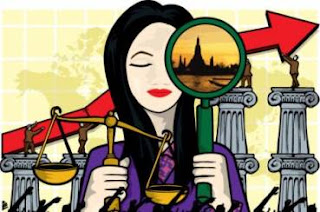 As part of a self-proclaimed 'constitutional jihad,' a group of activists led by former Muhammadiyah chairman Din Syamsuddin has been trying to overturn provisions of Indonesia's laws on investment, foreign exchange and electricity. And they have done so with success, as earlier this year their judicial review request on the water resources law was granted by the Constitutional Court, which revoked the law and reinstated the 1974 Water Law until a new measure is adopted.


The group is now planning to bring other claims against some 150 laws which they believe to be contrary to the Constitution, particularly the economic principle that land and other natural resources must be controlled by the state for the welfare of all Indonesian people.


But the group also seeks to eliminate the role of private players on the nation's electricity market and to limit the number of the business sectors accessible to foreign investors, to name two other contentious examples.


Michael A. Heilperin in his seminal "Studies in Economic Nationalism" describes economic nationalism as “a body of economic policies aimed at the loosening of the organic links between economic processes taking place within the boundaries of a country and those taking place beyond the boundaries.”


The rise of economic nationalism in the 20th century was the result of several concurrent phenomena, including globalization and economic insecurity and inequality. The vast pace of globalization has long been perceived by certain elements in society as a threat to national autonomy and cultural identity. Economic insecurity and inequality might thus also revive nationalist sentiments in a country, and such sentiments are often carried out in the form of restrictive economic measures like trade barriers, policies that favor local workers and industries, and measures that hamper foreign direct investment.


Sometimes, the failure to solve global economic crises is attributed to an over-reliance on major international economic bodies such as the International Monetary Fund and the World Bank. Economic instability thus often opens the door to protectionist policies, and the blaming of import and the influx of foreign workers for the bad performance of the domestic economy.


Income inequality also leads to the view that only the elites enjoy the benefits generated by globalization.


All these circumstances make economic nationalism an appealing and popular dogma for politicians and constituents alike. It offers the promise of preserving cultural heritage while defending national interests and upholding national autonomy in an increasingly globalized world.


'Made in the world'


Economic nationalism can manifest itself in various forms -- one of which is the well-known "buy local" campaign.


Many people assume that they fulfill their patriotic duty and help the national economy by choosing local products over foreign ones. However, as economies are more interconnected than ever because of global value chains (GVCs), such campaigns make less and less sense.


According to the OECD report on "Interconnected Economies: Benefiting From Global Value Chains," more than half of the world’s manufacturing imports and 70 percent of the world’s services imports are intermediate goods and services.


In other words: most goods and services are “Made in the world” rather than just “Made in America” or “Made in China.”


The judicial review quest launched by the Muhammadiyah-led group is an extreme form of economic nationalism and it could  impose constraints on how Indonesia can interact economically and commercially with other countries.


A 2012 United Nations Conference on Trade and Development (UNCTAD) discussion paper on "Trade, Income Distribution and Poverty in Developing Countries" suggests trade liberalization generally improves aggregate welfare, although gains might be small and unequally distributed. Constraints on income distribution tend to come from various factors such as infrastructure, people skills and policy.


Of course, trade liberalization alone is insufficient to boost growth. It should be sustained by robust institutional elements, such as the rule of law and good governance.


It is still unclear how the Constitutional Court will rule on the remaining judicial review cases, but if certain provisions or even entire laws are annulled, the rulings would have far-reaching implications for the Indonesian economy.


Adverse rulings would not only weaken the business and investment climate in Indonesia, but also undermine the rule-making authority of the executive and legislative branches to test private-public business models or attract private investors -- domestic or foreign. In any case, we need to recognize that pursuing aggressive forms of economic nationalism insistently would pose a huge risk to our economy.


Aggressive/malign types of economic nationalism -- from high protectionist barriers to the exclusion of foreign investment and technology -- are known to have negative impacts on a nation’s economy and are thus not a good way to solve poverty and income inequality problems.


As Cohen says: “malign nationalism seeks national goals relentlessly, even at the expense of others; benign nationalism, by contrast, is prepared to compromise national policy priorities where necessary to accommodate the interests of others."


He continues: "The difference between these two types of nationalism lies in the willingness of a country to identify its own national interest with an interest in the stability of the overall international system. Benign nationalism acknowledges a connection between self-interest and systemic interest; malign nationalism ignores or denies it.”


Every country maintains some form of economic nationalism -- from economically free countries such as Singapore to the most restricted ones such as North Korea. For Indonesia, now is the time to consider which form will suit us best in the long term.


Michelle Limenta is director of the UPH Center for International Trade and Investment (UPH-CITI), at Pelita Harapan University.
Posted by Kerry B. Collison at 2:47 PM