Chinese Debt Trap Will Trigger Trade Colonialism For Small And Weaker Nations In Belt And Road Initiative: What Does It Presage? 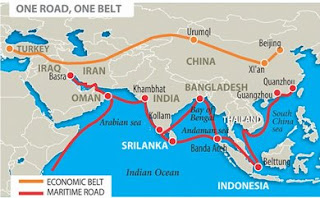 Chinese Debt Trap Will Trigger Trade Colonialism For Small And Weaker Nations In Belt And Road Initiative: What Does It Presage?

China’s Belt and Road Initiative is feared to be a cobweb for debt trapped small and weaker nations. It woos small and weaker nations with loans in the name of infrastructure development and when their debt are not paid, it captures their land and resources. It violates the global norms for development loan, while leaving little room for debt relief. So far, eight countries have fallen prey to debt trap. They are Djibouti, Tajikistan, Kyrgyzstan, Lao, Maldives, Mongolia, Pakistan and Montenegro, according to a study by Centre for Global Development.


There are other weaker nations which are underway to fall prey to debt trap. They are Nepal, Bangladesh and Myanmar. 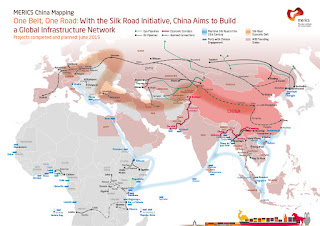 
The growth of debt trap clouds over the leaders of African and small nations in South East Asia, who accepted substantial development loans from China as a part of their participations in Belt and Road Initiative. They feared that when these leaders lose power, the successive governments plunged into huge debt and are stuck with the task of repayment.


Indonesia is a case in point. The debt trap will push these nations in financial turmoil and deter to finance their own development projects.


The Chinese loan is viewed a surreptitious attempt to spread Chinese economic outreach in South East Asia. The growing burden of debt will give more opportunities to China to dominate the terms for trade and investment with the debt ridden countries. This will eventually lead to Chinese colonialization of small and weaker nations in the economic realm. It will pose a strong challenge to India to increase its trade and investment relations with its neighbor and nations in ASEAN. India is on the mega project for the development of North East through development of connectivity with its neighbor and ASEAN.


The Chinese debt trap means the loss of the sovereignty of small nations like India neighbors and weaker nations in ASEAN. Debt are turning into equity and finally ownership goes to China. Besides losing trade opportunities, it will create security concern. For example, with the transfer of the ownership of Sri Lanka’s Hambantota Port, China aggravated the security concern for India. The port is likely to be used for China’s military base.


The debt trap triggers concern for India to join RCEP ( Regional Cooperation for Economic Partnership) – the biggest trade block in the world. Every likelihood, RECEP will take a shape by this year end, after failing two targets.


China is the biggest stake holder in RCEP, which includes ASEAN 10 + 6 (China, Japan, Australia, South Korea, New Zealand and India). At present, India has trade deficit with RCEP. Given the China’s predominance in RCEP, the major concern for India is that China’s trade colonization will act headwind to India’s trade expansion in RCEP.


The surge in debt burden will increase India’s vulnerability in the trade block. Instead of reaping benefits, it would impart a reverse impact on India. It will peer for a major import market for China and its colonized partner countries. The spill over impact will prove double whammy for India.


In other words, China and its debt trapped nations will be the game changer in the trade block. Indian entrepreneurs feared that the debt ridden nations would open a new platform to China to reap the benefits of tariff concessions through back door. India offers less opportunities for tariff concessions to China, as because it does not have FTA with China.


It was earlier perceived that three tier tariff structure would plug Chinese exports to India under RCEP, based on strict Rules of Origin. But, a close view analysis says that the surge in debt trapped nations in the block will give leeway to China to for a back door entry in Indian market. The debt trapped nations will be forced to open the door to Chinese investment more liberally , after losing bargaining power and helped China to make push exports through their land. India is the biggest consuming country in the block. Eventually, India will be the dumping ground for China.


This means that even though sensitive goods , such as electronic goods, may be excluded from tariff concessions from China under RCEP negotiation , they will find new passage to enter India through debt trapped nations. This will cause damage to domestic industry and the country would witness import surge of Chinese goods.

Subrata Majumder is an adviser to Japan External Trade Organization (JETRO), New Delhi, and the author of “Exporting to Japan,” as well as various articles in Indian media, including Business Line, Echo of India, Indian Press Agency, and foreign media, such as Asia Times online and Eurasia Review.