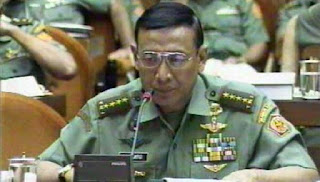 Behind the fall of Ahok, Islamists are minor players in a bigger game 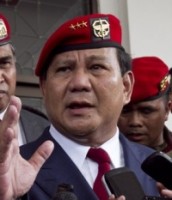 Although the fall of Jakarta Governor Basuki Tjahaja Purnama, who lost the April gubernatorial election and was subsequently jailed for blasphemy, has been laid to the rising power of Islamic hardliners, it fits into a bigger picture. It appears to be a long-standing feud between former military strongman Prabowo Subianto and a secular faction of the military called the ‘red-and-white’ faction.


The Islamists were only able to topple the former governor, known universally as Ahok, the candidate of the red-and-white faction, through alliance with Prabowo. After losing the 2014 election to Joko Widodo, Prabowo has resurrected his political career. Suharto era generals remain far more powerful in Indonesian politics than Islamic hardliners.


Feuding between the two military factions began in the Suharto era. Retired generals of the red-and-white faction who serve as ministers in Jokowi’s cabinet are Wiranto, Ryamizard Ryacudu and Luhut Panjaitan. Other retired generals who retain influence are Hendropriyono and Sutiyoso, who are both former heads of the national intelligence agency. Their enemy, Prabowo, remains powerful through his party, Gerindra.


In the early post-Suharto period, the red-and- white military faction was able to keep Islamic hardliners subdued. The best known Islamic hardliner today is Riziek Shihab, who rose to prominence in the post-Suharto era as leader of the Islamic Defenders Front (known by its Indonesian acronym, FPI). One of Riziek’s earliest run-ins with the red-and-white military faction was in 2003, when the government under then Intelligence Chief Hendropriyono and his ally President Megawati had Riziek sentenced to seven months I prison for inciting his supporters against the security forces.


While it was Riziek who brought Ahok to trial for blasphemy in 2017, he did it with clear support from Prabowo. Prior to Riziek’s Nov. 4, 2016 rally against Ahok, the FPI had only very narrow public support. Then Fadli Zon, the Gerindra deputy chairman, announced that he would join the rally and that Ahok should be brought to court. Riziek’s larger Dec. 2 rally was joined by another Prabowo ally, retired General Kivlan Zein.


Another Prabowo ally, media tycoon Hary Tanoe, is said to be the top supporter of Riziek’s FPI, through direct aid and by means of his TV stations. FPI leaders’ praise for praise for Hary Tanoe, even though his Chinese ethnicity and Christian religion were at odds with FPI’s use of ethnicity and religion to topple Ahok, suggests they felt dependent on him.


By January 2017, Gerindra’s gubernatorial candidate Anies Baswedan was visiting FPI headquarters in a public show of support for FPI. By early April 2017, Prabowo himself was joining in, criticising Ahok for “slandering other groups”. As election results were being counted, Prabowo expressed gratitude to FPI leader Rizieq for “saving Indonesia’s democracy.” It was the alliance with Prabowo that had allowed FPI to mobilize hundreds of thousands of people.


Many political newcomers were only able to advance their careers by aligning with Prabowo or the political parties of the red-and-white faction. This shows the power of Suharto era generals.


Ahok only became deputy governor of Jakarta in 2012 by joining Prabowo’s Gerindra Party. In early September 2014, Ahok withdrew from Gerindra, citing disappointment with the party’s support for a bill to end direct elections for regional leaders. Within two weeks, Prabowo’s allies FPI launched a rally against Ahok, seeking to block Ahok’s promotion from deputy governor to governor. To improve his prospects in the 2017 gubernatorial election Ahok was, by July 2016, openly courting PDIP, the key party of the red-and-white faction.


Anies had sided with PDIP’s coalition during Jokowi’s presidential campaign in 2014 and was subsequently appointed as Education Minister. However, he fell out of favor with Jokowi in July 2016. He was able to re-emerge politically by switching allegiance to Prabowo. This required cozying up to some of Prabowo’s more controversial allies, like FPI and Suharto era crony Aburizal Bakrie, but he couldn’t have succeeded alone.


Younger police and military personnel are also being pressured to choose sides. Jokowi’s chief of police, Tito Karnavian, has been dragged into the feud. As political tensions rose following FPI’s mass rallies in November 2016, Karnavian was pushed to arrest two key members of Prabowo’s alliance: retired general Kivlan Zein and FPI leader Habib Riziek. He will now be viewed by Prabowo as allied to the red-and-white military faction.


Earlier this year, Kivlan claimed that Jokowi’s Armed Forces Chief General Gatot Nurmantyo was secretly plotting with other military officers to overthrow Jokowi. General Nurmantyo was forced to publicly deny these accusations. If the politically ambitious Nurmantyo has not yet taken sides, he must soon do so. He is set to retire from the military in 2018 and if he does not take sides in the feud by then, he will have no influence in the 2019 presidential election.


The real powers behind the politics


In the democratic era, Indonesian politics could have evolved into rivalry between left-wing and right-wing parties. Instead, it has evolved into personal rivalries between Prabowo and other Suharto era generals. Jokowi, Ahok, Baswedan, and Islamic hardliners remain heavily dependent on patronage from Suharto era elites.


Prabowo knows that Islamic hardliners are still not as powerful as Suharto era elites. In May, despite FPI having allied with him to bring down Ahok, Prabowo declared that “radical Islam will never win in Indonesia.” Surveys in June 2017 suggested that hardliners were not so popular at the national level. According to one survey, only 17.2 percent of 1,350 respondents favor FPI ally Prabowo for the 2019 presidential election, while 53.7 percent support secular candidate Jokowi. According to another, not even one in 10 Indonesians is willing to replace democracy with an Islamic caliphate.


Terry Russell worked as a teacher and aid practitioner in Indonesia for 15 years.
Posted by Kerry B. Collison at 2:39 PM