Early in January last year, Philippine Defense Secretary Delfin Lorenzana launched a new security strategy that would within six months "significantly reduce" the strength of terrorist groups in the  south of the island nation. These include the Maute Group, which styles itself as the Islamic State in Lanao, and the Maguindanao-based Bangsamoro Islamic Freedom Fighters. The most fearsome of them all is, of course, the Abu Sayyaf Group, which runs a kidnapping-for-ransom conglomerate in the Basilan-Sulu-Tawi-tawi area. 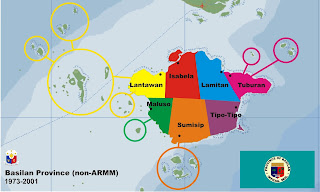 In mid-January, the newly minted chief of staff of the Armed Forces of the Philippines, Gen. Eduardo Año, ordered the just-installed commander of the Western Mindanao Command, Maj. Gen. Carlito Galvez, to "eliminate within six months, the Abu Sayyaf Group."


Late during the month, the military overran the Maute stronghold in the mountain town of Butig, Lanao del Sur. In the fighting for control of the town, artillery and air support for the troops was decisive.


Right at the first salvo, 15 terrorists were killed, including five companions of Isnilon Totoni Hapilon, the overall commander of the Abu Sayyaf, who is recognized by the Islamic State in Iraq and Syria (ISIS) as its amir in Southeast Asia. Among the five was an Indonesian who bore the alias Mohisen.


Fifty-year-old Hapilon was severely wounded so that he had to be evacuated on a makeshift stretcher and was in dire need of a blood transfusion. Two other foreign terrorists, probably not fighters but advisers, were known to be in Butig during the fighting.


What was Hapilon, a Basilan Island-born Yakan, doing in the mountains of Central Mindanao? And what were those foreign jihadists up to? The word is that ISIS had mandated Hapilon to unite the various terrorist factions into one solid fighting force and to prepare the heartland of Mindanao to become the ISIS headquarters in Southeast Asia.


The authorities give a lot of credence to this report: Defense Secretary Lorenzana recently said he was sure there was already a strong link between ISIS and the local terrorists. Days later President Duterte said ISIS had found its way to the Philippines through an alliance with local terror groups. Hapilon and foreign advisers from ISIS were probably conducting a plenum to firm up that alliance when the military barged on them with big guns blazing.


No doubt the terrorists – the Maute Group and the Abu Sayyaf – suffered an enormous blow in Butig. But they are far from finished. Just two weeks after the Butig clash, a military intelligence officer, Maj. Jerico Mangalus, and a soldier, Cpl. Bryan Libot, were killed in a firefight with Maute Group fighters in Marawi City, the provincial capital of Lanao del Sur.


Meanwhile, the Sulu-based faction of the Abu Sayyaf released a video in which the German hostage, Jürgen Gustav Kantner, appealed to his family and the German government to pay a 30-million peso ($590,000) ransom or else the group would behead him as it did many other kidnapping victims whose families failed to pay up. The Abu Sayyaf's top commander may be gravely wounded but as a terrorist group, it has not been defanged.


Nor are there any guarantees that the terrorists will be crushed in six months' time, not even if the military sends in 51 battalions backed up by artillery and the firepower of FA-50 jet fighters. What, by the way, is behind this obsession with a six-month time frame? It is probably seen as the minimum time span needed to score a knockout on the jihadist movement in the southern Philippines.


In a classic situation of insurgency, the state always feels the need to quickly administer the coup de grâce in order to win. On the other hand, the insurgents understand that they have only to survive and to keep on surviving in order to eventually win. In the case of the southern Philippines, it is possible that in the months ahead the military will notch a few more dramatic triumphs in its campaign against terror but it is also highly probable that the Abu Sayyaf and the Maute Group will still be alive and breathing long after the six-month deadline has passed.


Evidently the Philippine military authorities have done their share of reading the vast body of literature on counterinsurgency. For instance, in October last year, Gen. Año's predecessor, Gen. Ricardo Visaya, told the military establishment: "Let us use all available tools of war in inflicting not just physical destruction, but also in rendering a psychological blow against the Abu Sayyaf. Ensure their isolation from their local support system and make the communities resilient against the influence of terrorists."


But how? He did not say. Since then nothing has been reported about how the military would go about isolating the terrorists from their "local support system." This is worrisome because it may be a sign that the Philippine military is fighting a conventional war when what it needs to do is to wage a smart counterinsurgency campaign – a struggle for hearts and minds and for political legitimacy.


For as long as the terrorists enjoy the support of a mass base – the communities of relatives, friends and supporters who share their origins, grievances and aspirations – somehow they will always be provided with food, material supplies, intelligence, safe havens and comfort.


In the case of the Abu Sayyaf, there is a tight symbiotic relationship between the group and its mass base. In the first half of last year, the group collected a windfall of some $7.3 million in ransom money. The mass base got a good part of that bonanza, which they used to feed their families, maintain their households and send their children to school. Thus the Abu Sayyaf earns political legitimacy in the eyes of the mass base.


You cannot delegitimize the Abu Sayyaf by merely sending 20,000 more soldiers to Basilan, Sulu and Tawi-tawi. Of course, it is auspicious for a counterinsurgency force to have many boots on the ground and to be able to deploy howitzers and South Korean-made combat aircraft, as well as a huge fleet of Navy speedboats in the Sulu Sea. But it is also essential that the main body of this force must be highly trained and disciplined professional soldiers and police who will carefully avoid antagonizing the local population.


It makes no sense – and it is potentially disastrous – to inject into this force a bunch of rogue cops from Manila, many of whom have failed the drug test and are accused of various crimes, including extortion and false arrests. Let us hope President Duterte reconsiders his plan to send these scalawags to fight the Abu Sayyaf in Basilan.


It is vital that this counterinsurgency force must be supplied with accurate intelligence by those who are intimately familiar with the physical and psychosocial terrain in which the terrorists operate. That is how ambuscades are avoided.


Since this is a war for hearts and minds, the military component must be supported by a civilian force of social workers, political organizers and economic enablers who will plan the long-term economic future of the community while carrying out palliative measures to address the urgent problem of the people's poverty. This is where the Office of the Presidential Adviser on the Peace Process, with its broad mandate to launch and fund development projects, should come in.


For in the ultimate analysis the real enemy is poverty, along with the social and political grievances that it breeds. It is no coincidence that Basilan, Sulu and Tawi-tawi, where the Abu Sayyaf is based, are among the country's poorest provinces.


Another very poor province is Maguindanao, home to the Bangsamoro Islamic Freedom Fighters. Certified as the poorest of the poor provinces is Lanao del Sur, bastion of the Maute Group.


Failure to address the grievances of the poor will only prolong a brutal separatist insurgency that makes use of terror tactics and boasts ideological and financial links to international terrorism.


Jamil Maidan Flores
Posted by Kerry B. Collison at 8:33 PM