The Clinton ghosts that could haunt Asian Americans 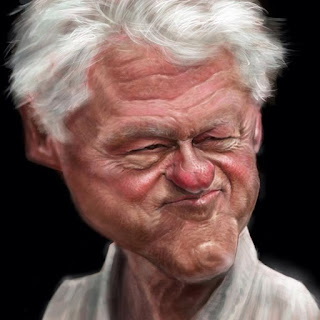 The Clinton ghosts that could haunt Asian Americans


A Hillary Clinton White House would be accompanied by a tense geopolitical backdrop, especially when it comes to Sino-US relations


There could be a slew of implications for Asian Americans — both positive and negative — if Hillary Clinton wins the race for the White House.


With polls showing the bulk of Asian American voters swinging to the Democrats this year, their clout can only grow under a Clinton presidency.


At the same time, the issue of political donations from the Asian American community may again draw scrutiny if past scandals from the 1990s involving the Democratic Party are any guide.

Republicans and right-wing media, who have already spotlighted the issue of donations to the Clinton Foundation in the current presidential campaign, can be expected to make the most of any campaign finance improprieties involving Asian Americans.


Separately, if Clinton becomes commander in chief, she faces a sizable rise in Sino-US geopolitical tensions compared to two decades ago when her husband Bill occupied the Oval Office. The Asia-Pacific region has also become a far more complex game board where North Korea, the Philippines, Japan and other nations are concerned.


The intersection of these developments might prove problematic for both Clinton and Asian Americans.


In 1996, when China conducted missile tests in the waters surrounding Taiwan to intimidate Taipei, then-President Bill Clinton forced Beijing to back down by dispatching two aircraft carrier battle groups to the region. Today, a far more militarily capable China is ignoring similar US shows of force in the South China Sea.


The likelihood of blowback on Asian Americans, especially Chinese, in the event of future clashes between the US and China is more pronounced. This is because some elements of the US population make no distinction between China, Chinese and Chinese Americans.


An old example of such “pneumonia” is 1999’s Wen Ho Lee spy case. Lee was a Taiwanese American scientist at the Los Alamos National Laboratory who was researching ways to improve the safety and reliability of the US nuclear arsenal.


He was indicted by a federal grand jury on 59 counts of stealing US nuclear secrets for China. Federal prosecutors ultimately failed to prove their case against Lee. In the end, he pleaded guilty to one count of mishandling restricted data.


Lee eventually won a US$1.6 million settlement from the government and five media organizations for leaking his name to the press before any formal charges had been filed.


Both President Clinton and a federal judge apologized to him in what amounted to a tacit exoneration. But Lee lost his job and later charged that his Asian ancestry was the chief factor in his prosecution by the government.


Lee’s prosecution partly reflected a Clinton administration decision to heighten so-called “ethnic tracking” or racial profiling of employees in sensitive government posts. It was a response to concerns that China had escalated its intelligence gathering in the US — especially with regard to stealing American military secrets like the design of the W-88 nuclear warhead.


With more Chinese nationals or Chinese Americans figuring in US espionage or theft of trade secrets cases, there’s a strong possibility of ripple effects on Chinese Americans regardless of whether it’s Clinton or Trump who wins the November 8 election.


The “Asiagate” or 1996 campaign finance controversy erupted after the Justice Department uncovered evidence that individuals representing mainland China tried to funnel donations to the Democratic National Committee ahead of that year’s presidential election.


Some called it a baldfaced attempt by the PRC to curry favor with US politicians ahead of Bill Clinton’s re-election in 1996. Beijing allegedly devised the strategy after some members of Congress successfully lobbied Clinton to grant then-Taiwan President Lee Teng-hui a visa to visit the US. China denied the allegations.


The flap surrounding Asiagate is said to have dissuaded Bill Clinton from appointing more Asian Americans to key government posts in his second term — though some of the incidents publicized appear to have been nothing more than expensive White House photo opportunities for well-heeled Asian donors.


Ironically, such past charges of Chinese political interference seem benign in comparison to recent accusations that China hacked the databases of US government agencies and US corporations in aggressive acts of state-sponsored espionage.


The issue of foreign meddling in US politics has also taken an exponential leap with recent allegations that Russia hacked the email servers of the Democratic National Committee to divulge information that would harm Clinton’s candidacy.


One can only wonder what the future holds for a Clinton White House, Asian Americans and Sino-US relations against such a tense geopolitical backdrop.


Doug Tsuruoka is an Asia Times editor at large