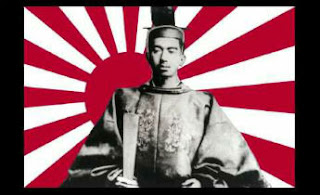 Unesco on Saturday added Chinese documents on the Nanjing Massacre to the "Memory of the World" program, drawing an immediate protest from the Japanese government questioning whether the U.N. body was "neutral and fair" in registering them.


Beijing's dossier on the widespread killings of Chinese citizens and soldiers following the 1937 capture of Nanjing by the Japanese military is among dozens of new additions of documentary heritage, also including two sets of archives from Japan.


The Japanese materials cover the post-World War II internment and repatriation of Japanese by the Soviet Union and a Buddhist temple's extensive records of its activities from the medieval to pre-modern eras in Japan.


China had also nominated "comfort women" files about what it calls "sex slaves for Imperial Japanese troops." But this was not added in the biennial registration by Unesco for the documentary version of the World Heritage and


Intangible Cultural Heritage programs, which started in 1997.
The "Documents of the Nanjing Massacre" consists of court documents from the International Military Tribunal for the Far East that convicted several Japanese as war criminals and a Chinese military tribunal, among others. They also include photos of the killings said to have been taken by the Imperial Japanese Army and film footage taken by an American missionary.


The Japanese Foreign Ministry said in a press secretary's statement that "the nomination was made on the basis of unilateral arguments" and "it is extremely regrettable" that they were registered.


It "raises a question about the action of the international organization that ought to be neutral and fair" and "it is evident that there is a problem about the veracity" of the archives, it said.


Differences over history have complicated Japan's relations with China. Japanese officials may be concerned that Unesco's registration of the documents could give Beijing ammunition against Tokyo in promoting its campaign to highlight what it calls "the crimes of Japanese militarism," including the Nanjing Massacre, in which it claims more than 300,000 people were killed.


Japanese historians estimate the death toll at ranging between the tens of thousands to 200,000.


Last year China nominated the Nanjing Massacre files and the "comfort women" documents for Unesco listing this year on the 70th anniversary of what Beijing calls its victory in a war of resistance against Japanese aggression and in the world war against fascism.
Tokyo argued that China was politicizing Unesco and asked Beijing to withdraw the double nominations, which China refused to do, according to Japanese officials.


Japanese historian Masato Miyachi, a professor emeritus of the University of Tokyo, said, "By registering Nanjing Massacre materials as Memory of the World heritage, Unesco is recognizing the authenticity of documents and their significance in the world."


He noted that there are other Unesco-listed documents about dark episodes of history such as war and slavery. "If, however, the veracity of the documents submitted by China is questioned, that would undermine the credibility of the entire Memory of the World heritage," he said.


According to Japan's Foreign Ministry, the Memory of the World screening criteria concerns the necessity of the preservation and custody of documents and whether they represent historical truth is not considered.


These and other documents were selected for registration by Unesco Director General Irina Bokova following recommendations by an international advisory panel that met in Abu Dhabi from Sunday to Tuesday.


One of the two sets of documents listed from Japan is a collection of some 570 memoirs, drawings and other items composed by Japanese inmates of Siberian labor camps after World War II, and lists of those repatriated after the war to Maizuru port in Kyoto Prefecture.


Roughly 55,000 of the nearly 600,000 Japanese soldiers detained in labor camps in Siberia and Mongolia after the war died due to forced labor, the severe living conditions and malnutrition.


Before applying for the registration, the Maizuru city government investigated other documents with the help of its sister city Nakhodka, near Vladivostok, in eastern Russia. The Japanese government and Maizuru city applied to register those documents in March 2014.


The other collection is the archives at Toji Temple called the "Toji Hyakugo Monjo," or Toji Temple's 100 boxes of documents, comprised of some 25,000 documents from the years 763 to 1711. The collection -- records of the ancient temple system and social structures -- was designated a Japanese national treasure in 1997.


In the next registration phase in 2017, Japan will seek to list the records of diplomat Chiune Sugihara who issued visas to help some 6,000 Jews flee from Nazi persecution during WWII, as well as three ancient stone monuments and documents of Korean missions to Japan in the Edo period. Nikkei Asian Review