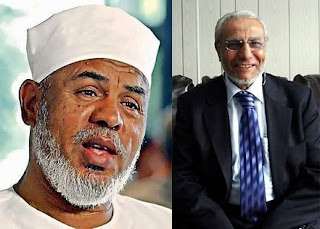 This is the same lying little Arab who today refused to name the execution of Police worker Mr Cheng an act of terrorism...“I don’t know, I need more proof, it’s still being investigated”, he said through his interpreter. I suppose it could have been a Presbyterian kid called Farhad Jabar who was yelling Allahu Akbar while trying to shoot pigeons for a Friday barbeque.


During his hour long waffling Press conference today Turnbull read straight from the incompetent Security Agencies’ written instructions: “For Christ’s sake don’t say anything to upset them or they might kill someone else and, to be honest, we don’t have a bloody clue who... so don’t make our job harder.” 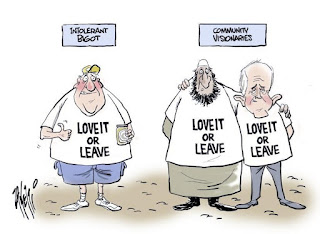 Turnbull’s message du jour, was an ad nauseam “mutual respect”. Well, respect is earned not gifted and certainly not to people who have no respect for us or our country. Perhaps Abbott was right to imply that Islamic leaders are liars.


Perhaps Abbott went to the trouble of reading the Koran, perhaps he knew of the law of taqiyyah where Muslims are required to lie to non-Muslims if it will further the cause of Islam.


“Muslims must lie to gain the trust of non-believers in order to draw out their vulnerabilities and defeat them”, is the advice to good Muslims.


Don’t take my word for it, ask the little grand mufti grub, he’s the expert, he knows that undertakings made to non-Muslims have no validity. He knows all that legal stuff about beating wives and razoring little girls’ genitals.


Ask him if it’s ok to have sex with betrothed babies using the thighing technique.


Oh don’t bother, I forgot, he’s required to lie if it means Islam might get some adverse publicity.


Turnbull’s “mutual respect” might start with a grand mufti who has lived here for 20 years and still makes no attempt to speak English. Nothing respectful or mutual about that is there!


Or it might start with the previous grand mufti, Sheikh Taj El-Din Hamid Hilaly who said our women were uncovered meat to be taken advantage of. Not much respect there either.


They would understand why the Islamic cult can never assimilate into Australian society...


and they might finally understand why it’s not supposed to.


Even galahs like Mark Latham now agree we have a Muslim problem. But his solution is to ensure that they all have jobs, you know, keep their creative little minds occupied.


Well, at the risk of getting my arm broken, you Mark Latham, are a fornicating fool! Why do you think Muslim immigrants gravitate with their multiple wives to countries with the most generous welfare schemes? Simply because they can’t work! They don't work. They have no intention to work!... only infidels work.


You would have to be bonkers to employ a Muslim! Who needs an employee who prays five times a day and has Fridays off to listen to the mosque’s imported hate preachers before taking to the streets to set cop cars on fire.


“Oh it’s only a small minority”, they say. Well, it’s a lot more than a small minority, it’s an international movement that plunders our welfare budget and has discovered how to tax everything we buy... and it has a clear agenda that includes our eradication.


Islam needs to be named, shamed and dealt with. We must never appease Islam like our leaders suggest. Further development of mosques must be stopped and those promoting terrorism razed to the ground, as is happening in other more enlightened countries that have already suffered the scourge of Islam.


Our taxes must not be used for “education” in subsidised Islamic schools that bleed our own schools’ much needed grants.


A spluttering Mr Turnbull, under pressure, finally spat out, “It is not compulsory to live in Australia. If you find Australian values, you know, unpalatable, then there’s a big wide world out there and people have got freedom of movement”.


Did he say, “freedom of movement”?