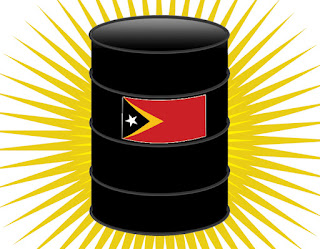 Australia and East Timor are at loggerheads over drawing a maritime boundary to finally and permanently resolve the division of undersea oil and gas resources. What might ordinarily be regarded as a quarrel between otherwise close friends has slowly festered into a toxic dispute, and now presents a serious obstacle to cordial neighbourly relations. 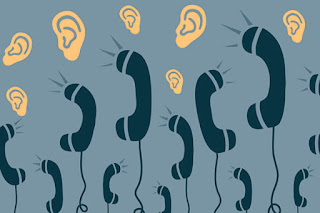 Trust has seemingly evaporated, in large part because of the extraordinary allegation that Australia spied on its tiny neighbour during its first days of independence to win commercial advantage. There is also a vexed history of Australia's dealings with Indonesia during the years of occupation. It is a notable sign of how prickly relations have become that no senior Australian politician, other than deputy Labor leader Tanya Plibersek, has visited East Timor since 2013, shortly after the spying claims first came to light.


The allegation is that Australian intelligence agents, under the guise of aid workers, bugged the cabinet office in Dili in 2004 during negotiations for a deal to share undersea resources, known as the Treaty on Certain Maritime Arrangements in the Timor Sea. The treaty included a 50-50 split for resources in a rich gas field known as Greater Sunrise, but put off final negotiations on a maritime boundary for 50 years.


East Timor declared the treaty invalid in 2013 and instigated proceedings against Australia in The Hague in a bid to resolve the dispute. It is true Dili's hopes of developing Greater Sunrise have long been frustrated. It wants a pipeline to the south coast of East Timor for processing the resources, rather than proposals to use facilities in Darwin or a floating processing platform. But the cloak-and-dagger suspicions swirling around this case have fuelled a not unreasonable perception of bullying by the larger neighbour.


Shortly before the arbitration was to begin, ASIO raided the home and offices of an Australian lawyer working on the case. Foreign Minister Julie Bishop has also confiscated the passport of a former Australian Secret Intelligence Service officer, known as "Witness K", which has prevented him from travelling to the arbitration hearing to testify. Australia disputes the spying allegation, and has every right to defend its conduct.


But the view that Australia has acted unreasonably is compounded by the otherwise inexplicable decision in 2002 to exempt itself under the law of the sea from any arbitration proceedings to resolve maritime boundaries. This exemption was announced just before East Timor formally won its independence.


East Timor has now turned to a never before invoked "conciliation commission" provision in international law in a bid to force negotiation. Dili claims the Greater Sunrise deposits fall entirely within its territory, and the existing arrangement was unfairly forced upon a new nation desperate for income but poorly equipped to negotiate. The first hearing was broadcast live from the Permanent Court of Arbitration in The Hague last week. Former guerrilla and independence hero Xanana Gusmao told of being "shocked and appalled" when he first heard of the alleged espionage.


This is an appeal to Australians' sense of fairness. Australia's stubborn response is disappointing. The government chose to reject the jurisdiction of the conciliation commission. Should its challenge fail, it has said it will participate in the process, but made a point of stressing before the hearing had even got under way that any outcome is not enforceable.


When friends fall out, it can sometimes take an independent mediator to make a judgment about who stands on the side of right. Australia should see conciliation as a chance to move this bitter dispute towards a resolution


The Age, Melbourne
Posted by Kerry B. Collison at 2:35 PM