The creeping “shariazation” may be a bigger problem facing Indonesia than the threats from separatist rebels in Papua and Aceh, or from imported radical Islamic ideologies like that of the Islamic State (IS) movement 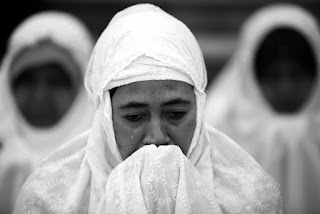 The creeping “shariazation” may be a bigger problem facing Indonesia than the threats from separatist rebels in Papua and Aceh, or from imported radical Islamic ideologies like that of the Islamic State (IS) movement


From President Joko “Jokowi” Widodo’s visit in Indonesia’s easternmost province of Papua to the surrender of a separatist rebel leader over in the westernmost province of Aceh, events during the last week of 2015 illustrate not just how expansive Indonesia is, but also the complexities and the challenges the nation faces.


On Tuesday, Jokowi inaugurated the Time Capsule Monument in Merauke, Papua. That’s nothing like the time machine you see in sci-fi movies. Instead, it is a monument that deposits capsules of rolled up one-page papers containing the dreams of today’s Indonesians. The idea is that these capsules would be opened in 2085 by whoever is in charge then and they will see whether these dreams have been fulfilled.


Jokowi rounded up the project with his own seven-point dream that includes the nation beating the rest of the world in science and technology, becoming the center of the world’s civilization, leading the global economy and living in peace with its diversity and cultural, religious and ethical values. It will be interesting to read what others dream about Indonesia, but we won’t know that for 70 years, if we’re still around.


The dreams of Indonesia’s founding fathers who fought for independence 70 years ago have always been there for everyone to see. Sukarno and Mohammad Hatta, who proclaimed independence on Aug. 17, 1945, were clear about what they wanted: an independent and free Indonesia, with dignity, and one that is democratic, just, peaceful and prosperous.


They didn’t put their dreams in a capsule but etched them in a document, now known as the 1945 Constitution, complete with a roadmap of how to get there. Seventy years later, we are living their dreams, even if only partly, thanks to their hard labor and sacrifices.


The choice of Merauke for the monument and Jokowi’s decision to end the year in Papua — he spent New Year’s Eve on scenic Raja Ampat Island, said to be the last heaven on Earth — is symbolic. Papua was not part of the republic until 1963 when the Dutch relinquished their last East Indies colonial possession. Today, Jakarta still struggles to fully integrate Papua.


On Monday, a day before Jokowi’s arrival, an armed group attacked a police station in Sinak in the Puncak regency, killing three officers and seizing firearms. The attack was the latest indicator that things are far from being fine in Papua, where many disgruntled people have decided to take up arms against the authorities or privately support the rebels.


There was good news from Aceh, which like Papua had seen its share of armed separatist rebellions until 2005. Din Minimi, the most wanted man in Aceh for going back to fight against the government, surrendered along with his men in return for guarantees of an amnesty. Din had been a member of the Free Aceh Movement (GAM), which signed the peace agreement with the government in 2005, but while his comrades ran for political offices and won, he decided to return to armed struggle, fighting from the jungles.


Aceh, however, had a different problem to close the year. The administration of Banda Aceh, the capital of the province, stopped people from celebrating the coming new year by declaring it haram and deploying the police on New Year’s Eve to ensure compliance. Even though Jan. 1 is a national holiday, most people in Banda Aceh stayed home.Aceh is the only province in Indonesia governed under sharia, but dozens of regencies and municipalities have also formally adopted their versions of the Islamic law. The application of sharia in these places, most particularly in Aceh, which often contravenes national laws, is discriminatory and encourages intolerance against religious minorities.


The creeping “shariazation” may be a bigger problem facing Indonesia than the threats from separatist rebels in Papua and Aceh, or from imported radical Islamic ideologies like that of the Islamic State (IS) movement.


The ban on celebrating New Year’s Eve in Aceh is just one of many moves seen in recent years as Muslim conservatives throw their weight around to impose their ideology on the rest of the nation. While we could agree on moderation in celebrating the new year, Banda Aceh didn’t need to go that far. Muslim leaders in other parts encouraged mass prayers to greet 2016. Many observed the call, but those who wanted to party went anyway. In Jakarta, the traditional fireworks party went ahead on Thursday.But there were no fireworks to greet the birth of the ASEAN Community on Dec. 31. For such a big leap, for Indonesia as for the other members of ASEAN, the arrival of the community surely deserved a bigger celebration. There was not even a proclamation by the President or any member of the government. In the absence of any government explanation, the nation is left in the dark about how this community will impact their lives, if at all. Maybe we will get to hear about it after the new year